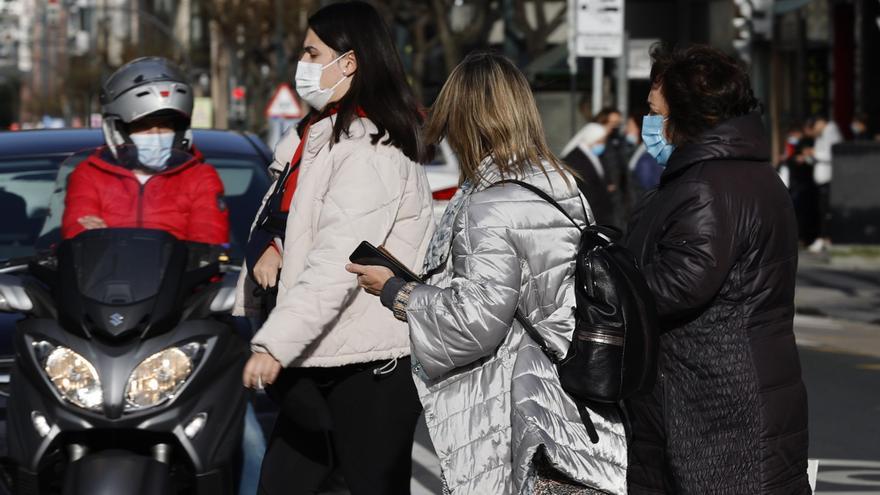 Come back to use of masks outdoors, a measure that was no longer mandatory last June, is one of the proposals that will be put on the table at the Conference of Presidents that has convened for this Wednesday the chief executive, Pedro Sanchez, before the advance of the sixth wave of coronavirus. This will be transferred to the president by seven autonomous communities: Andalusia, Castilla-La Mancha, Valencian Community, Galicia, Navarra, Castilla y León and the Basque Country. A measure that has caused a huge dust cloud and that the experts consulted by El Periódico de España consider that Meaningless. "It is putting the focus where it should be; they are easy measures to take but very weak to control the situation. They are more political than scientific. Everyone knows that the problem is inside", says the epidemiologist Manuel Franco.

President Pedro Sanchez announced last June that, from the 26th of that same month, the outdoor mask, to which Spain had become accustomed since the outbreak of the pandemic, would cease to be mandatory as long as a distance of 1.5 meters was maintained with non-cohabitants. The reasons argued then to get rid of an element that has marked our lives these last two years were the breakthrough in vaccination and the evolution of the accumulated incidence which, at the beginning of the summer, continued its decline and stood at 95 cases per 100,000 inhabitants.

Half a year later, in an unforeseen scenario, our country tenses again because of a new wave, this time the sixth that, with omicron as the dominant variant in several communities, is causing the rapid adoption of new measures to curb the health chaos that is taking place. coming and abort virus transmission. In tomorrow's Conference of Presidents, Sánchez will propose to the communities a series of measures that the experts that the Ministry of Health and the autonomous communities have collected in a document agreed last Friday by the Alerts Presentation, Preparedness and Response Plans as has advanced exclusively El Periódico de España.

Capacity in hospitality and mass events

Measures that, depending on the risk in which our country is, high or very high (which it already is if we are talking about contagions) include restrictions that mainly affect the capacity of the hotel industry or mass events. In the document, entitled 'Need for urgent implementation of measures to control the epidemiological situation', there is no talk, in any case, at a general level, of recovering the mask outdoors except when a safety distance of more than 1.5 meters cannot be guaranteed, as the law has been saying.

But there are several regional presidents who are willing to propose this option to President Sánchez. Among others, the Lehendakari Iñigo Urkullu or the Galician president, Alberto Núñez-Feijóo. Andalusia, Castilla-La Mancha, Castilla y León, Navarra and the Valencian Community join the proposal.

A proposal who has raised a huge dust cloud After almost two years of a pandemic, with the psychological fatigue that it implies and that, for the experts, is unnecessary except, some of the sources consulted by this newspaper specify, if one speaks of large agglomerations where it is impossible to keep the distance. There are many voices that, these days, before the announcement made by the regional presidents Upon reaching the Senate meeting with that proposal, they have raised their voices proclaiming the uselessness of the measure. The controversy is again served.

Two years of pandemic and we have not learned anything. Putting the mask back on outdoors while not reinforcing primary care is a useless measure that will only serve to make the population fill up even more and decide not to abide by the prevention measures that do work.

And what do the experts think? "I would say to presidents: 'Put useful measures, not aesthetic'. Masks outdoors with distance are not necessary. They never have been, "he emphatically remarks. Joan Carles March, professor of the Andalusian School of Public Health (EASP), except, precise, in case of crowds. In the same line the doctor pronounces Jesus Molina Cabrillana, spokesperson for the Spanish Society of Preventive Medicine, Public Health and Health Management (SEMPSPGS) who explains to El Periódico de España that "imposing the use of masks in crowds, which the law already provides, is a contradiction because, in the current context, the first thing is to prevent the concentrations of many people. That is the fundamental thing" .

Dr. Cabrillana recalls that, when the obligation to wear a mask outdoors was repealed, Spain was surfing its fifth wave (last summer) "and he controlled himself without the need to continue using it". Regarding the opportunity to resume the use of protection in the street, as suggested by several regional leaders, the SEMPSPGS spokesman indicates that it is one more measure that, if it can be of any use, Well, go ahead seeing what is coming to us. But if it is implemented again and they are going to allow party favors, parties ... the mask already knows where it is going to end ".

A more political than scientific measure

This same week, at the time that the document drawn up by the Alerts Report was known that Pedro Sánchez will take this Wednesday to the Conference of Presidents, the Spanish Society of Public Health and Health Administration (SESPAS) recommended closing interiors and reducing capacity at high risk levels instead of require covid certificate.

"In a poorly ventilated interior and with many people for a long time, there is an up to 20 times higher risk of infecting you", says Professor Manuel Franco

On resuming the obligation to take the mask outdoors again, his spokesman, the epidemiologist Manuel Franco, professor of the University of Alcalá (Madrid), is forceful: "It is a more political measure than really epidemiological or scientific. The problem is not abroad, it is in the interior and this is already super studied and very counted. We know that, in a stuffy and crowded interior for a long time, there is up to a 20 times higher risk of catching it. "

Proposals that do not control the situation

For Franco, betting on this type of proposal is one "very easy measure for a politician and if they decide so, we will have no choice but to put up with ourselves, but you are blurring where the problem is and, although many regional presidents they are doing makeup or dodging, the problem is nightlife, hospitality ... places where many people gather. That is why preventive measures work, as they have worked in schools or schools. teleworking works and that is the point we are all going to reach because we are going to have no choice.

The SESPAS spokesman insists that the claims made by the regional presidents lead them to "put the focus where it should be. They are easy measures to take but very weak to control the situation." In fact, this scientific society recalls that "the SARS-CoV-2 it will not disappear in the short or medium term "and calls for the strengthening of Primary Care and the development of stronger public health structures. In this sense, they demand the creation of the announced State Public Health Agency which, according to the Government, will be created by law before second half of 2022.

But also, they emphasize, we are in a situation in which "vaccination alone is not enough". The experts of this society think that it is necessary to continue betting on the already known hygienic measures but, in line with what Professor Franco says, given the current incidence, promote the reduction of capacity, of people in social events -even to a maximum of 2 groups of cohabitants- the closure of interiors in leisure and hospitality, nightlife ... Measures that, according to SESPAS, should continue to be applied based on the risk indicators approved by the Alerts Presentation, at least in those populations and autonomies that exceed the highest risk limits (levels 3 and 4).