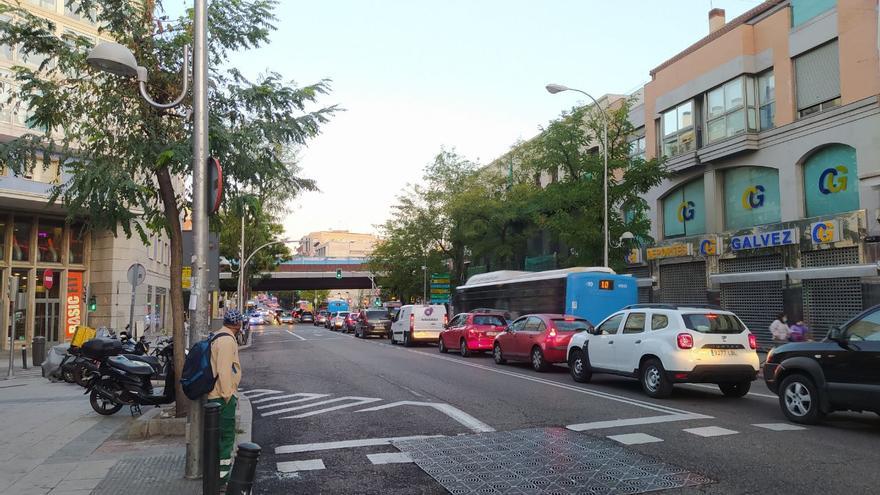 The situation of COVID-19 in Madrid already requires strong measures, according to experts in Public Health and preventive medicine, after observing the unprecedented “train crash” between the Community of Madrid and the Government on account of how to face the pandemic.

The Executive of Isabel Díaz Ayuso has decided that it is enough to expand the mobility and activity restrictions decreed a week ago to eight new areas. The Ministry of Health had asked him for more severe measures to control the transmission of the virus, such as perimeter the entire city of Madrid and any area with an incidence of 500 cases per 100,000 inhabitants (half the threshold set by the Community).

“In this situation, with this level of contagion, the horizon of a perimeter confinement in Madrid is to be expected. It will be possible, at most, to defer a week, but little more ”, analyzes the professor of Preventive Medicine Fernando Rodríguez Artalejo. “The situation requires strong measures that, in addition, we know that the earlier they are taken, the more effective they are and the less time they last,” he concludes.

“This shock should never have occurred,” says the former Secretary General of Health and professor at the Andalusian School of Public Health, José Martínez Olmos. “I believe that, in this case, the criteria of the Government of Spain should be maintained because, if we could put on a balance which of the two options of measures is going to protect the people of Madrid the most, what would they be?”. In any case, Martínez Olmos understands that with the situation created this Friday, “people must be angry and confused.”

For the former director of the WHO, Milagros García Barbero, this morning’s scene resembles a “cockfight” that sends a message of “absolute lack of control, lack of co-governance and being unable to agree on such a situation. complex and dangerous ”. He claims “fewer shows of these characteristics” because “the public is already quite confused, who does not even understand the measures that are announced, such as parks closing and betting houses opening, or that there are neighbors on adjoining streets that they can go to bars and others cannot, ”he laments.

The Government of Isabel Díaz Ayuso has chosen to incorporate another 160,000 people to areas with transportation limitations, park closures, reduced capacity and a ban on some activities. The rest of the community will remain the same. “The rest to move on,” said Díaz Ayuso after publicly showing the difference in criteria. The option of the Ministry of Health was to take the most drastic measures such as prohibiting bar service in bars, limiting capacity to 50% in hospitality and asking the entire population to restrict their movements as much as possible to the entire territory. “It is putting the economy above health. The Government will have no choice but to intervene ”, Martínez Olmos abounds, who would prefer“ that there be a dialogue first, but there is almost no time for that ”.

Contrary to what was suggested by the deputy minister of Health of Madrid, Antonio Zapatero, epidemiologists do not see that there are indicators that “we are better than a week ago”. Then, the Community ordered that the populations of basic health areas with an incidence of COVID-19 of 1,000 cases per 100,000 inhabitants did not leave their areas, but introduced a very broad list of exceptions: go to work, study, carry out official procedures , take care of someone or go to the bank … The result is that 85% of the population of that perimeter (which added a little more than 800,000 citizens) must move fHe was just to work (without analyzing the rest of the exceptions), according to a recent analysis by the Architecture, Urban Planning and Sustainability Research Group of the Polytechnic University of Madrid. With all these movements the virus is potentially transported.

Garcia Artalejo estimates that the dimension reached by the second wave in Madrid is imposing increasing pressure on the health care system “both in Primary Care and in hospitals, which results in poorer quality also for non-COVID patients. For that reason alone, it was worth taking stronger measures ”. In addition, he exposes, “either the high rates of contagion that will go to the hospital sooner or later, or the system will saturate, is controlled substantially.”

This professor describes that what is requested is, rather, “to return to a phase 1 of de-escalation, but even with fewer restrictions because no one is talking about imposing schedules to go out to the street or to the capacity of shops.” García Barbero believes that the government of the Community of Madrid cannot continue with “partial or lukewarm closures.” “They have to be brave and take more forceful measures, which is what all the experts demand”, advocates the former director of health of the WHO, who leans more for the recommendations of Health, although not for the forms.

However, what has been seen this Friday with two administrations disagreeing in public and simultaneously on how to manage the pandemic has perplexed specialists. “They should stop ideological or economic differences, because you cannot play with people’s fear and anguish in that way,” concludes García Barbero. “It is very negative and inadvisable,” the rest agree.