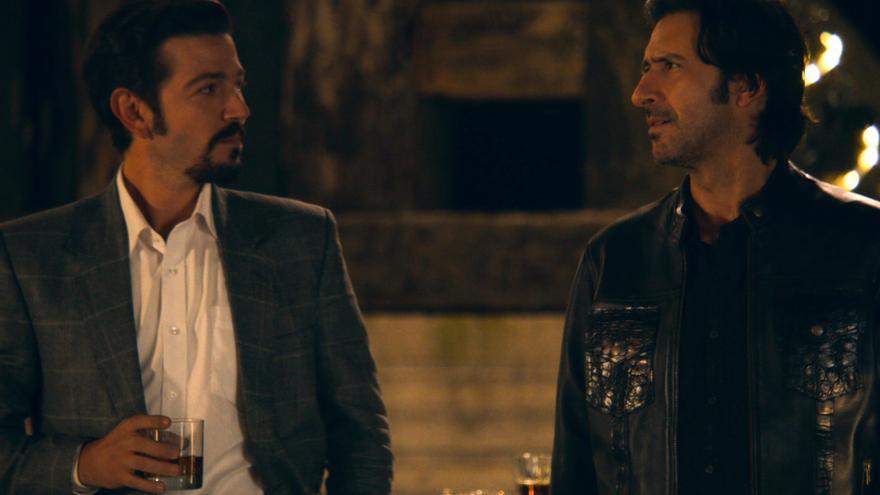 Mexico, Feb 4 (EFE) .- Mexican actor José María Yazpik commented this Thursday in a press conference that he took his own experiences for the creation of his character in the series “Narcos: Mexico”, and assured that in his youth he met Ramón Arellano, founder of the Tijuana Cartel.

“Fortunately, I have been linked indirectly with the world of drug trafficking because Tijuana in the 80s was a very closed city and drug traffickers were part of that society,” explained the actor in a virtual event regarding the relaunch of the second season of “Narcos: México” by A&E on February 15.

As he specified, he had the opportunity to live with children of drug traffickers and even with drug leaders, of whom he was a schoolmate, but made it clear that it was not his friends.

“I had several very close frictions with certain members of the Arellano family. I even went to school with a couple of narco ‘juniors’ and went to parties that Ramón Arellano suddenly came to. It’s not that they were talking about drugs all day or that they were violent, they were just partners, “he said.

As he explained, these experiences helped him to better understand his character and to remove the stigmas and negative judgments around his character, Amado Carrillo Fuentes, known as The Lord of the Skies, and to understand him as a human being, but without any intention of idealize it or boast it.

The Netflix series hits small screens this February on A&E and will tell the second part of the story of Mexico’s biggest drug lord of the 1980s, Miguel Ángel Félix Gallardo (played by Diego Luna).

Despite the fact that it is a fictionalized plot and its function is entertainment, the actor stressed that it is important to show these stories in order to identify the mistakes that have been made in society, as he assured that it is not a series that claims the history of drug traffickers, but points to the evils of society.

At a conference, those present also highlighted the growth of female characters for the second season and the importance of showing female power without falling into the cliché of comparisons with male adjectives.

And it is precisely what characters such as Teresa Ruiz represent, who plays Isabella Bautista, Miguel Ángel Félix Gallardo’s girlfriend, “a very sensual woman”, as Ruiz mentioned, who has to constantly face sexualization due to the macho environment in which it survives.