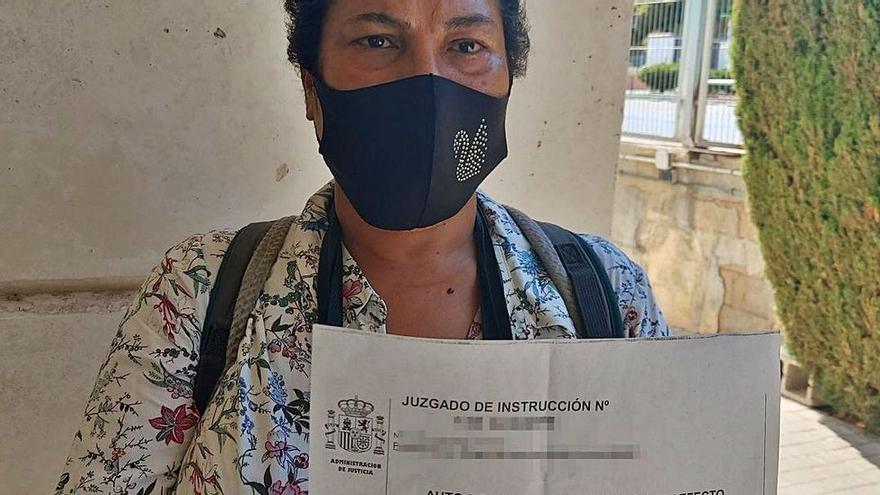 Aicha carries more than a year without being able to enter your own home. The reason, a Restraining order that prevents him from getting close to the compatriot he welcomed pregnant in February of last year and with which he ended up fighting. After about a year arguing for the judges who put her away to allow her to return home, they concluded that the measure should be complied with and that, if the woman wants to get her home back, she has to go to civil proceedings. The eviction lawsuit has already been filed.

«If it weren’t for my ex-husband, who has welcomed me into his house, I would be living on the street right now. I am the owner of the apartment, she is there without ever having paid anything and now she has kept it. He does not pay rent or electricity or water», Explained Aicha, who also throughout all these months has been detained several times for violating the restraining order. «The first time it was because I went home to get my things. They told me I could go without problems », Explain. The second was a couple of weeks ago, and she maintains that it was the other who started chasing her down the street. “A judge has even told me that when I find her to run away and walk away,” he assures helplessly.

As stated in the eviction lawsuit to which this newspaper has had access, Aicha invited her friend to stay and live at her house. “She lived in Crevillent, she had no papers, she was pregnant and the boy’s father left when he found out. He had nowhere to go. I was sorry and I invited her to stay in a room in my house», He explains to this newspaper. The date was February 2020, before the lockdown for the pandemic began. In July 2020 they fought and the foster woman ended up denouncing the owner of the house in court. A complaint that resulted in an order of protection for her, keeping the Court of Instruction Six of Alicante to the complainant in possession of the house and iasking the owner to access the house.

The lawyer representing the owner, Evaristo Asensi, assures that “I do not understand why the complainant has been given the same status as if she were a victim of gender violence. They are not a couple. She is a friend who has let the other stay to live in her house and is now on the street, without the other ever having contributed anything to help pay the expenses ».

In the eviction claim, it is stated that the woman never paid any rent, nor was any term established for her to leave. “He promised to pay him some amount when he started working, without ever establishing any amount. The eviction lawsuit insists that the tenant never paid any rent for the room she occupied, nor was any contract signed. In fact, it is stated that, tAfter filing the first complaint, the tenant told the police that she intended to leave. The truth is that it stayed there. In the last resort in the criminal case, the court ruled that the interest of the victim’s protection is incompatible with the fact that both share the house, which is why it invites the owner of the house to recover it by civil means , a fact that has motivated the demand for eviction.

Aicha claims to feel “desperate” because “Justice works very slowly. I only did him a favor and I am almost in the street, unable to enter my house ».