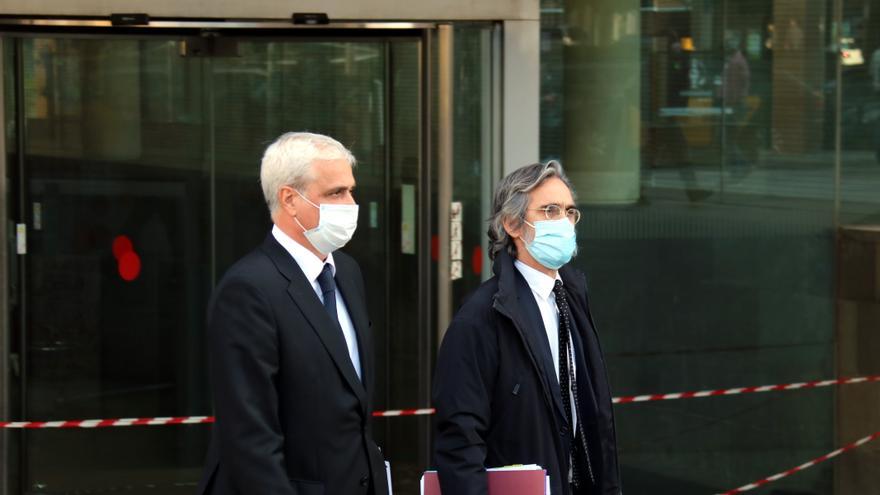 The former minister of Justice and former manager of Convergènia Democràtica de Catalunya (CDC) Germà Gordó has disassociated the former president Artur Mas from the operation of money laundering from illegal commissions in which the former treasurer of the formation Daniel Osàcar implicated them. Gordó’s statement has been the antithesis of Osàcar’s: each one has blamed the other for the alleged plot to launder the money of 3%.

Gordó, who is pending trial for the illegal commissions of 3%, has appeared this Friday before the judge of the National Court José de la Mata as a defendant in the separate piece of the case that investigates whether the party whitewashed the illegal commissions that they paid him entrepreneurs through cash income from their leaders.

The former minister of Justice and former manager of Convergència was charged as a result of the statement of the former treasurer of the training Daniel Osàcar. After years of silence on party corruption, Osàcar has begun to collaborate with the Anticorruption Prosecutor’s Office in the 3% case in exchange for the Public Ministry not appealing the third degree that he obtained after being convicted in the Palau case. On October 20, Osàcar explained that he limited himself to executing the laundering system devised by Gordó, and He also said that Artur Mas knew because he dispatched “daily” with his manager, although he did not connect the donations with the illegal commissions of the entrepreneurs.

Gordó has replicated Osàcar’s version this Friday and has denied knowing any system of donations, according to sources present in the statement. He has alleged that as manager he was responsible for managing the expenses and not the party’s income, which according to his version depended on Osàcar, and for that reason it was the ex-treasurer, in Gordó’s discretion, who should know the donations.

The most relevant at both a judicial and political level is that Gordó has dissociated Artur Mas from the money laundering system. Refuting Osàcar’s version once again, Gordó has ensured that at the time of the events he spoke at most once a week with Mas and not every day as the former treasurer said, and in his conversations with his boss they talked about politics, not from party management. But, according to Gordó, he did not follow the day-to-day life of the party’s economy and left it in his hands and in those of Osàcar.

Gordó, according to the same sources, has been sympathetic to Osàcar’s thesis due to the former treasurer’s imprisonment for the Palau case, but has defended that it is a version of events that does not correspond to reality because he has never done nothing illegal.

According to the judge, Gordó identified each year (at least 2008 and 2010), a list of potential “donors” from among CDC members and supporters, and instructed Osàcar to call them personally, proposing that they make a donation of 3,000 euros to CDC by means of a bank check in exchange for receiving the same amount in cash “of illicit origin” that Osàcar himself would deliver by hand.

To carry out the maneuver, Osàcar was provided with a cash amount equivalent to approximately three thousand euros for each of the people included in the list – the eleven ex-minister and senior officials who are also charged in the same piece. Once this amount was received, Osàcar proceeded “as ordered by Gordó”, highlights the judge, to the people included in the list, he received the checks from those who agreed to participate in the operation, and gave them in exchange, to each one , 3,000 euros in cash.