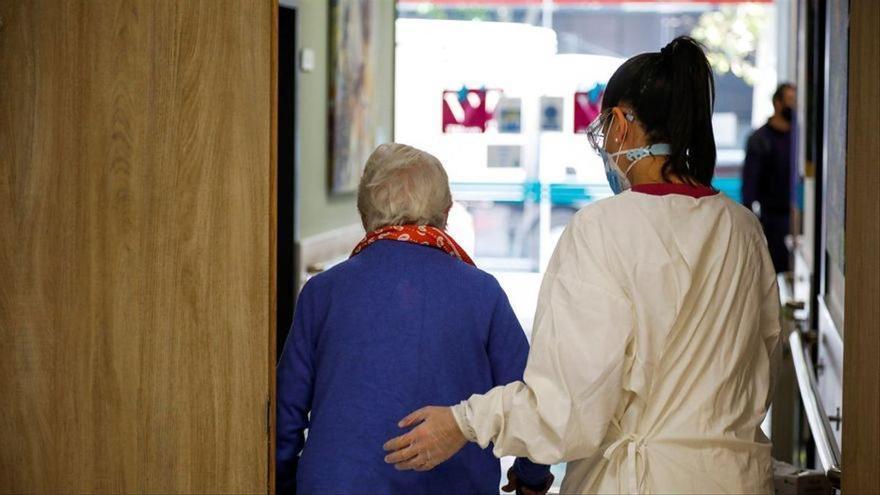 The therapeutic arsenal against COVID-19 continues to grow. Throughout the month of February, Spain will receive 30,000 doses of a new drug, marketed under the name Evusheld and very different from the rest of those that have been used so far against the coronavirus. The novelty is that it does not serve to cure but to prevent the disease in two groups of patients who until now were "sold out" with the vaccines, says Antonio Gutiérrez, doctor of pharmacy and epidemiologist at the Virgen de Valme hospital (Seville).

It refers, on the one hand, to people who do not tolerate the vaccine due to allergies and are at risk of getting sick because they are vulnerable; and on the other, to those to whom the injections do not give them enough antibodies to face the infection. "It covers these two therapeutic gaps," summarizes Eduardo Briz, a member of the Spanish Society of Hospital Pharmacy and head of service at the La Fe hospital in Valencia.

Evulsheld, produced by the pharmaceutical company AstraZeneca, is born from the combination of two "long-lasting" monoclonal antibodies (cilgavimab and tixagevimab) that were extracted from the plasma of patients who had passed the infection, according to the document of recommendations for use published by the Ministry of Health. It is administered with two simultaneous intramuscular injections, one in each buttock, and the effect can last up to six months, explain the experts consulted.

This is how it appears in the technical data sheet of the drug, which has only been authorized by the American FDA. The European Medicines Agency (EMA) has been evaluating it since October. This implies that when the doses arrive in Spain they can be applied as a "special use medicine", individualized and apart from the autonomous purchases made by hospitals, confirms a spokesman for the Spanish Agency for Medicines and Health Products (Aemps).

What is its effectiveness? "The most recent data published by the company, after a median follow-up of six months, shows an 83% reduction in the risk of developing symptomatic COVID-19. A 77% reduction had previously been reported after a three-month follow-up" , pick up the Health document. The trial was carried out on a group of more than 5,000 unvaccinated patients with underlying pathologies. The half who received the drug reported no cases of serious illness or death versus five and two, respectively, among patients who were injected with placebo.

"It's like a chemical vaccine, exogenous antibodies for people who don't have the capacity to manufacture them," Briz illustrates. The sum of the monoclonal antibodies blocks the entry of the virus into the cell. "They prevent the virus from adhering to the protein it uses to enter," Gutiérrez specifies, "but it cannot be compared with the vaccine." "The objective is different. Evusheld is aimed at a specific group and the vaccines must continue to be administered to these patients as well," she clarifies.

Although the doses have not yet reached Spain, the Public Health Commission approved last week a document that limits which people can receive these injections: over 18 years of age with severe immunosuppression (transplant recipients, people with cancer undergoing chemotherapy or patients with primary immunodeficiency) or those who have it contraindicated and, in addition, have a high risk of SARS-CoV infection -2 leads to serious illness. Of course, it will be necessary for the candidates to undergo a prior serological study to confirm their immune status, except for those with allergies, reads the Health document.

In the absence of verifying how this new drug works in real life, its incorporation into pharmacotherapy against COVID-19 is considered "very positive" as it is a useful tool for people who no longer had any within their reach after being vaccinated. Gutiérrez also considers that "it has a double positive aspect" since seriously ill patients, by having the virus in their body for a long time, "develop high replication rates that can generate new variants."

"At the moment we only have the data source from the laboratory and the information from the FDA, so we still have important limitations to know the drug well. Many countries have launched to buy doses with very preliminary data," says Briz, who is shows caution when assessing how it can impact the reduction of mortality. The effectiveness is proven for the delta variant, "but it is not so clear for omicron", she concludes.