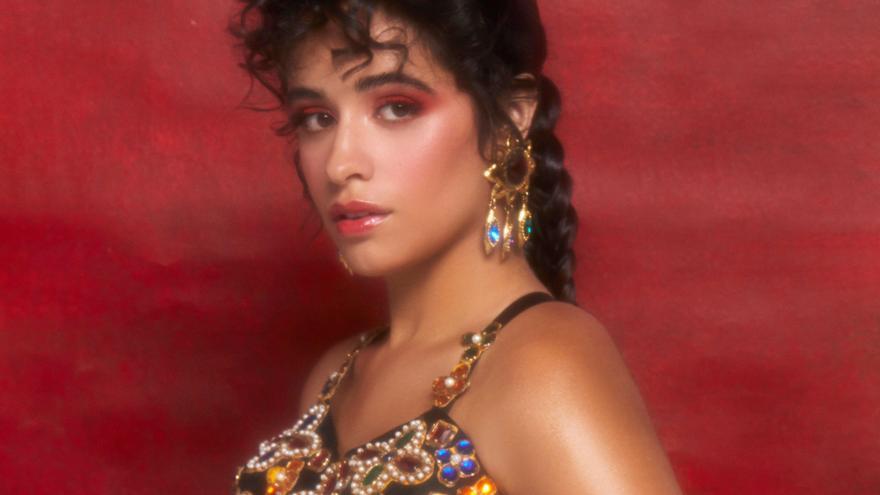 Miami, Jul 23 (EFE) .- Camila Cabello released this Friday her new song, “Don’t Go Yet”, the first single from her third album and the most Latin of all. Not because of her songs in Spanish or because of their tropical elements, but because, at 24, the Cuban-American artist feels “stronger and more connected” to her Latin roots.

“Everything I do reflects my pride in being a Latin woman and it could not be otherwise. It is in my DNA and in my environment,” Cabello tells Efe in the only interview he gave to a written medium.

He does not say it with his small mouth. Tropical rhythms have always been in his music, in which he has not hesitated to also offer words in Spanish and references to his native Cuba.

His presence in the networks reflects the intense cultural duality of Miami, the city he came to from Cuba at the age of 7, and his activism has been linked to important causes for the Latino community in the United States.

On Thursday night he gave another sample of that commitment by being part of a segment at Premios Juventud in which Cuban artists drew attention to the fight on the island against the Castro regime and the recent protests demanding freedom.

“We must explain what really happens in Cuba. Not the romantic version that people believe. The suffering of the Cuban people, the courage of the protesters deserves that we work to help them,” he says.

He has done the same with young people and undocumented families, the fight against racism and gender equality, because, he says, “what good is fame but to direct attention to those who need us.”

Cabello does not remember her life without being aware of the difficulties in Cuba. She lived the experience of being detained on the border from Mexico to the United States.

The “scare” was short thanks to the fact that at that time Cubans still had preferential treatment, but her father, a Mexican, had to endure a long wait to be able to meet her and her mother in Miami.

When it comes to music, what Cabello expresses is the celebration of her culture. The months in the family home during the 2020 lockdown to prevent the spread of covid-19 rekindled memories of multigenerational parties at home.

“At some point the living room furniture was pushed to the walls, a cheap disco ball was hung on the lamp and we all started dancing. Little children, uncles, grandparents. Everyone,” he recalls.

That’s the energy that drove “Don’t Go Yet.” The song of his authorship, with Scott Harris, Ricky Reed and Mike Sabath, includes the percussion of the acclaimed Cuban drummer Pedrito Martínez.

Although it reflects that moment when heartbreak begins and does not carry direct references to Cabello’s Latinness, such as “Havana” and “Señorita”, two of his biggest hits, “Don’t Go Yet” is the most authentically Caribbean song. of his career.

The arrangements, especially in the choir, are reminiscent of the great Cuban orchestras of the 50s, in which a brass explosion marked the beginning of the choir and a complex percussion made it clear that the songs were tropical.

The video is full of humor, people of all ages, and nostalgia. “I hope he takes you all to that makeshift dance hall of my family,” he hopes.

The artist assures that although the songs on the album that will be released this year, although there is still no set date, are of varied styles and “each one carries its different energy”, they are all a “projection” of that Camila “who is today day.

“I do not know if you can say more Latin than ever, because it is something that is my essence, but it is more solid and more aware of the richness and power of my roots,” he says.

Cabello’s solidity has also been clear in the way she has reacted to criticism of her physique on social media.

“Those who take photos of me on the beach, running, making my life like any normal person and then publish them do the same as if they got into my room. It is a violation of my privacy and it feels horrible,” he criticizes.

The experience worsens “when some realize that I am like any woman. If my belly swells, I have imperfections like everyone else. It is very difficult. There are comments that have made me feel bad. I believe in eating healthy, in move to be healthy, but I also believe that you have to take care of your mental health and defend yourself from those toxic attacks, “he highlights.

However, her recent comments on the networks about the need to love oneself, the bodies of “real women with curves and cellulite and stretch marks and fat,” she explains, are not only for her fans to put the photos in perspective, but to protect the youngest.

“(I did it) To protect girls, like my little sister, like my followers, who are living in a world where female beauty is based on something unreal,” he argues. “You can no longer say that it is because they see models looking perfect in magazines. Now everyone seems perfect on their social networks and that is false.”