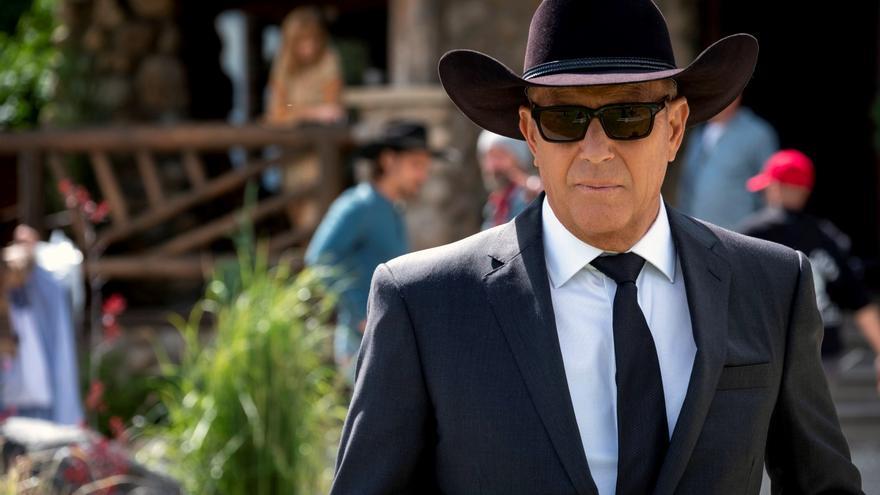 Mexico, Mar 4 (EFE) .- With a lot of dreams in mind and endless roles and iconic works, the two-time Oscar winner Kevin Costner assures in an interview with Efe that he continues to build his career with “emblematic” works that express his ideals and with which he tries to give back to his audience.

“Everything I do has to be emblematic and congruent with what I stand for. Not because I’m looking for a high point to place myself on, but I think people have trusted the things I’ve participated in and I want to continue giving them back with what I do.” says Costner.

Kevin defines himself as “anyone else”, but his track record shows otherwise. He has been crowned as one of the most prestigious actors in Hollywood and his talent has crossed various creative fields, such as business, musical and film as a director, actor and producer.

One of his most recent hits is “Yellowstone,” a modern western, in which Costner plays a complex character named John Dutton, a determined man who owns one of the largest ranches in the United States, who at the cost of Whatever it is, it will defend its lands from the multiple threats that surround it.

“John Dutton for me is a summary of all the things I have done,” says Costner of his performance in this series.

His character navigates between good and evil, because despite not being a man of conflict, his actions and way of protecting his territory are contradictory to his “good intentions”.

“Yellowstone” is one of the great bets of the Paramount + platform that this Thursday has been relaunched in Latin America, the United States and Canada.

This is the first television work in which Costner (Lynwood, 1955) has participated since “Hatfields & McCoys” (2012). However, the actor did not expect the series to be so long-lived and confesses that he accepted the role because initially the project consisted of only 10 episodes that premiered in 2018.

However, the series already has a third season, which also premieres on that platform, and a quarter of the story is expected soon.

“I like to be loyal to the people I work with, I think it was important for the series that I stay and that’s why I continued. I had to put it into consideration, I do that with my life in general, every year I analyze what I want to do, which ones they are my responsibilities and I measure them according to the dreams I still have, “says Costner.

Among those dreams, there is the intention to direct and act in some of his own projects, although he does not delve into their content.

But he’s making his writing debut as part of “National Parks,” a crime series set in national parks, a setting as beautiful as it is darkly attractive to criminals.

“Someone asked me if I wanted to write about this and I refused for seven months but they finally convinced me after so much insistence,” he laughs.

Although Costner is remembered for many thanks to his participation in “The Bodyguard” (1992) with the diva Whitney Houston, he has also been recognized for “saving” the western with films such as “Dancing with wolves” (” Dances with wolves “), his debut feature that won him the awards for best director and best film at the 1991 Oscars.

But this is not the only film in the genre in which Costner has made his mark and the reason why he continues to bet on this, despite its “bad reputation”, is the human complexity that it allows to explore.

“I think when they are done honestly they can be very moving. They have a very dramatic plot where they portray the difficulties that people went through to survive in wild places. The problem is that most westerns are very simplified and that’s why people reject them, “he says.

He also explains that there are still many issues in which to delve from this genre, one of them is the lives of women in those times.

“Women have been reduced to ‘bar women’ and there is still much to say about it because the reality they faced was very harsh,” he explains.

Finally, the actor – who also musicalizes “Yellowstone” with his band Kevin Costner & Modern West. He confesses that he is selective when it comes to choosing his jobs.

“I do not want to feel that I am wasting my time, I want to surprise and entertain and in that same sense the works have to surprise me,” he concludes.