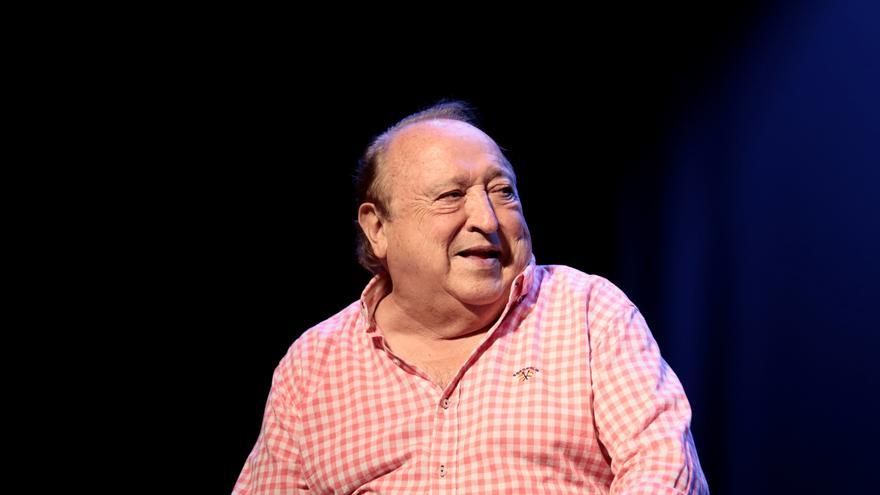 València, Sep 21 (EFE) .- The comedians Francisco Arévalo and Fernando Esteso, who present in Valencia their latest work ‘Who confesses first?’, Consider that their humor is still valid, they apologize in advance in case they may be ” politically incorrect “, something they attribute to their age, and regret that in today’s Spain” everyone is offended except the government. ”

In their next show, which can be seen at the Talía Theater in Valencia from this Thursday 23 to October 3, Arévalo and Esteso represent two priests, one who is preparing to leave a parish and his future substitute, who go out one night partying to meet the parishioners and their weaknesses and end up in a club called the Happy Rabbit.

“It is a tribute to comedy, we will have stars and live music, a formula that we like, which we already launched at the Catarroja theater (Valencia) before the covid and with which we had planned a tour that was canceled for the pandemic, “explains Arévalo.

“It is a sympathetic comedy, not at all irreverent,” explains the Valencian comedian, who as author of the script had the “approval” of Father Ángel, from Messengers of Peace.

The cast is completed with the actress Elena Font -who was not present at the press conference because she had a castin, as explained by the organization- and Tony River in the role of a transsexual.

“I have not wanted my role to be that of a transvestite, like that of the Café de Chinitas, to face a new challenge as an actor. It is something less parodic, a character that has weighed a lot,” he commented.

River appears on the posters as the director of the comedy, although as he himself admits, it is “impossible to direct two beasts, two mammoths of humor”, an expression, that of “mammoth”, that both Arévalo have used repeatedly since like Esteso to refer to themselves in an ironic tone.

“People need a lot of comedy, especially after the pandemic, which is the worst, but not the only thing we want to forget. Laughter is an escape route, and in Spain fortunately we have many kilos of that,” he pointed out Arevalo, who has offered to perform for free on La Palma to try to compensate those “who are having a hard time.”

Asked about the dictatorship of the politically correct and how it affects his work as comedians, Arevalo insists that “I have already asked for forgiveness” and asks for understanding because: “I am 74 years old, I do not know many labels and part of the current language.”

Likewise, he has warned that he feels a deep respect for the public, unlike other “stand-ups who mess with women” or who use foul language that he does not approve of.

In this same sense, Esteso emphasizes that: “We have experienced the wildest censorship that can be had, and we believe that humor should be above. We also tend to self-censor to try not to bother anyone”, and regrets that “in Everyone in Spain is easily offended, except the Government. ”

“With Bertín I was on stage for six years, full until we get tired,” said Arevalo.

“With Pajares I left it because we both had the feeling of always making the same film,” Esteso replied.