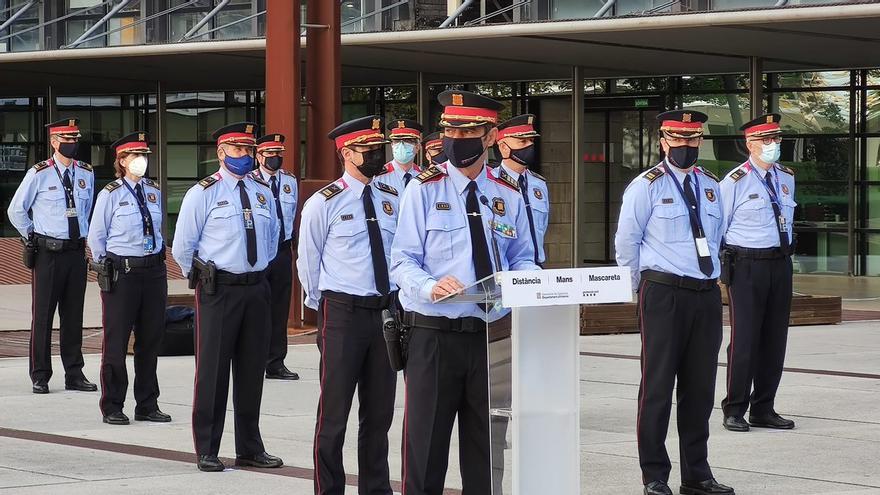 The major of the Mossos d’Esquadra, Josep Lluís Trapero, has returned this Friday to take the reins of the Catalan police force after three years away from the body, dismissed in application of article 155. Trapero has taken up his position in a meeting with the commissioners and the minister Miquel Sàmper and, later, in a press conference in which the police chief has promised to focus on “improving work”, removing the body from the “media focus” and improving collaboration with the rest of police officers, which in his opinion was eroded in 2017. “At that time everyone could do better, the first me”, has settled.

The Mossos’ relations with other police forces and institutions and, also, with society as a whole is an issue that worries Trapero. In this sense, the major has announced that this Friday it has already contacted the heads of the Civil Guard and the National Police, to transfer its willingness to maximum collaboration and to meet if necessary. “I have to say that I have found the best of the answers on his part”, has assured the maximum police chief.

Trapero has intoned the ‘mea culpa’ regarding what happened during the most critical moments of the procés, when Trapero considers that “he did not explain how he owed” to the rest of the police officers what was “the role of the Mossos”. “My defense of the body was not well understood,” said the major, who has claimed to have taken advantage of the last three years away from the body to carry out a process of “personal growth.” “I believe that this growth as a person can help me to do better as a professional,” he pointed out.

However, the police chief has acknowledged that during these three years some things that have been said about him have hurt him. “Not about the trial, about which I have nothing to say, but some media treatments,” said Trapero, who nevertheless considered that this is “part of the past” and asked to look forward.

The major also thanked the three commanders who have preceded him in the operational direction of the corps, Ferran López, Miquel Esquius and Eduard Sallent. “I think the body is eternally grateful to them, because they have been moments of great difficulty and they have had this know-how that has allowed us to return to institutional normality and the trust that some institutions and perhaps a part of society had lost in us” , has expressed Trapero, in a message that the minister Sàmper has also pointed out in his turn.

Trapero has also had words for the victims of the Cambrils and La Rambla attack, one of the cases that occurred under his command, which earned him better fame for his management and which is being tried these days at the National High Court. “The victims will always have us by their side, without an expiration date,” he said, after which he wanted to acknowledge the work of the Mossos in preventing attacks and in the fight against terrorism.

Another of the areas on which the major has shown its concern is that of the pandemic and its economic and social consequences. “There are people who are having a very bad time, who are losing their jobs or who cannot feed their families, and this should be a priority for the police force to the extent that we can be useful,” said Trapero .

For his part, the Minister of the Interior Miquel Sàmper has assured that the relief produced this Friday in the police leadership “is not dismissal, but restitution.” The political head of the police has assured that the arrival of Trapero opens “a new era in which the police have to act as police” and in which the Mossos must “weave complicities with the courts, the Prosecutor’s Office or the municipalities, but also with citizens, to generate a climate of trust “. Sàmper also congratulated the 17,000 members of the corps for the task “that they have done and will do in an exemplary way.”