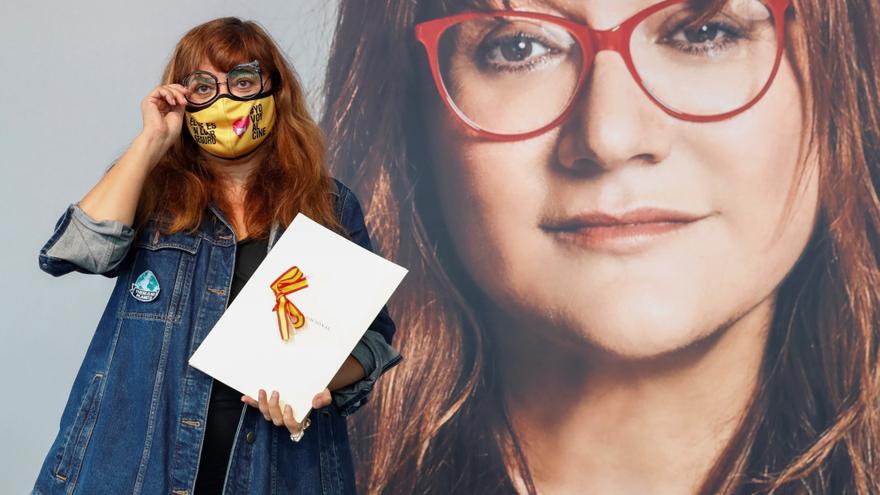 The Catalan director and screenwriter Isabel Coixet (Barcelona, ​​1960) dedicated this Saturday her acceptance speech for the 2020 National Cinematography Prize to filmmakers who are just starting out, reminding them that “even for those who despise it, culture is the future”.

Coixet received the award from the Minister of Culture and Sports, José Manuel Rodríguez Uribes, in an act held within the framework of the San Sebastián Film Festival, accompanied by colleagues such as directors Icíar Bollaín and Elena Trapé or the actress Candela Peña, directors of the main film festivals, producers, distributors and institutional representatives.

When the awarding of the award was announced on September 4, the director of The bookstore or Things I never told you it has already announced that it would use the 30,000 euros with which it is endowed to support “people who are starting out and need a push.

Today she has also dedicated her speech to them, with a series of advice that, as she said, she would have liked to hear from her when she was starting out, advice such as not being afraid of the camera, looking at the everyday, not wasting time criticizing others or lament and go “cried, pissed and psychoanalyzed” to the filming set.

In that sense, he recalled his reaction when 30 years ago he went to the San Sebastian Festival with his first film that critics destroyed. “I would have liked to tell that girl who was crying that festivals are great for discovering movies, but they are also places to fight egos and, if you have a small and fragile ego, you will suffer, but it is not the end of the world.”

Winner of eight Goya awards as a director or screenwriter and a pioneer in making films with international projection, Coixet has made special reference to women filmmakers trying to break through. “The bad news” for them, she said, is that the effort “is multiplied by a thousand.”

“They will insinuate that all you have is for being women but paradoxically they will put obstacles to you for being women,” he stressed, although the good news has come later: our gaze and our way of being in the world “.

The Minister of Culture has listed the reasons why this award has been granted to the Catalan director and has highlighted among them that she has “opened paths” for younger filmmakers, her versatility, her courage to take risks and her international projection. “Your work is an essential reference for new generations of filmmakers,” he stressed, a cinematography that “has traveled cultures and places, from Alaska to Barcelona, ​​from Berlin to New York, from Tokyo to Colorado.” She has also emphasized her facet as a documentary filmmaker, her “struggle to denounce injustices” and “give a voice to the victims” in titles such as Journey to the heart of torture, Invisible or White tide, among others.