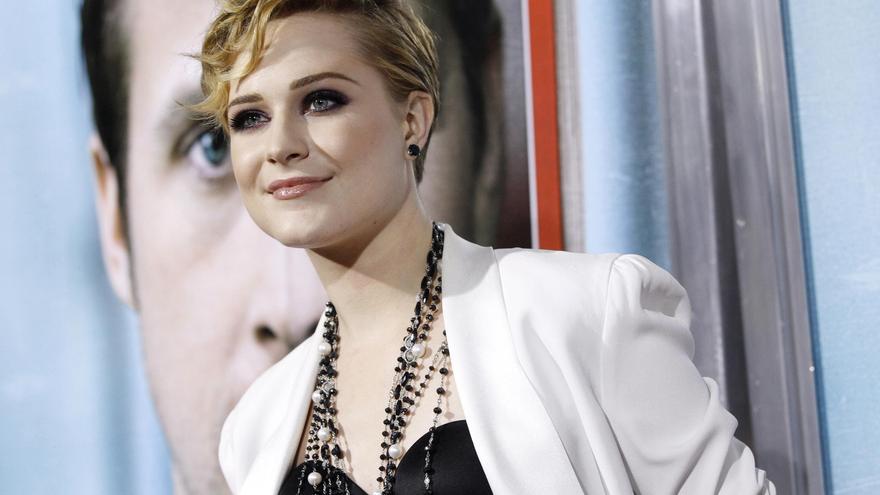 The actress Evan Rachel Wood has accused Marilyn Manson of raping her during the recording of the video clip 'Heart-Shaped Glasses'according to the documentary 'Phoenix Rising', which has just premiered at Sundance.

The film narrates the tortuous relationship between the protagonist of 'Westworld' and the singer between 2006 and 2011, when, in his words, "he managed to undertake a final escape".

In 2007, the actress starred in a video clip of the artist in which both appear having sex under a rain of blood. The song 'Heart-Shaped Glasses' -'Gafas con forma de corazón'- is a nod to the glasses that the protagonist of 'Lolita' in Kubrick's version of the Navokob classic,

“We talked about a simulated sex scene, but once the cameras started rolling he started to really penetrate me. She had never agreed to that. It was complete chaos. I didn't feel safe. no one cared for me. It was a really traumatizing experience”, explains Wood in the documentary directed by Amy Berg.

"I felt disgusting and that I had done something shameful and I realized that the team was uncomfortable and nobody knew what to do," says Wood, who adds: "I was forced to perform a commercial sex act under false pretenses (...) That was when the first crime was committed against me. I was essentially raped on camera”.

The Los Angeles police opened an investigation against Manson -Brian Warner is his real name-, after Wood's complaints last year and other workers in the film industry.

The content of the documentary has been picked up by numerous American media such as 'Rolling Stone'. The musician's lawyer, Howard King, responded to this medium that "of all the false claims that Evan Rachel Wood has made about Brian Warner, his imaginative account of the making of the music video 15 years ago is the most brazen and easy to refute, because there were multiple witnesses.” “Not only was Evan totally consistent and committed throughout the three days of filming, but he was also was heavily involved in the weeks of pre-planning to the production and the days of editing after the production of the final cut”, he points out.

'Rolling Stone' cites sources from anonymous workers who participated in the recording and who state that Wood "seemed dull" and with difficulty moving -apparently they could have given him some kind of substance- and that they say that some were "uncomfortable" because of the situation in which the sex scenes took place, which in their opinion were real. The same source assures that after one or two takes, the filming was canceled due to the sex scenes, as discussions between Manson and the producers and crew members increased.