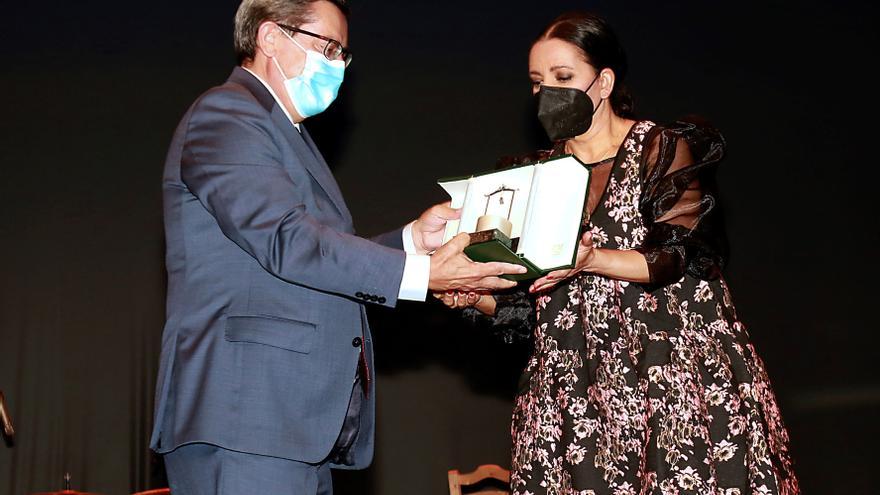 The García Lorca Board, the Granada Provincial Council body in charge of managing the Casa Natal Museum, has awarded the bailaora this distinction in recognition of her professional career and for contributing "with her work and the strength of her creative talent to the dissemination of Federico's work ".

The president of the institution, José Entrena, stressed that Yerbabuena, born in Germany but raised in Ogíjares (Granada), represents "better than anyone" the extraordinary work of countless artists who, for decades, have sought and found inspiration in Federico García Lorca.

"With his show 'Federico according to Lorca' he was crowned at the top of the Lorca universe," said Entrena, who recalled that last year was the first in 45 years that the "5 at 5" could not be celebrated face-to-face due to the covid-19 pandemic.

According to its president, the Diputación will continue working "with even more enthusiasm" to rehabilitate, protect and project to the world the figure of García, one of the responsibilities of which the institution is most proud and to which they dedicate more work and effort. .

"Lorca was a practically immeasurable artist, his influence does not stop spreading throughout the world, and from his homeland we must continue to serve as a support for all that admiration and that desire to continue knowing, investigating and deepening," he assured.

The "Pozo de Plata" award ceremony ended with the staging of the show 'Verde Rincón', by bailaora Mercedes de Córdoba.

As part of the anniversary, an exhibition has also been inaugurated in the Sala Granero of the Natal House dedicated to the patrimony and funds of the patronage, which shows a journey through the legacy of a poet through the eyes of another poet.

The exhibition is entitled "I remember and I do not remember" in reference to some verses that Blas de Otero read in Fuente Vaqueros in the first tribute that was made to García Lorca, on June 5, 1976.

The second exhibition, "The constellation and the journey", will be inaugurated this 7th at the Lorca Studies Center and is designed for schoolchildren and family visits.

The exhibition revolves around the cinematographic script Journey to the Moon, which Lorca wrote during his stay in New York and whose text has been edited this year by the García Lorca Council of the Provincial Council.