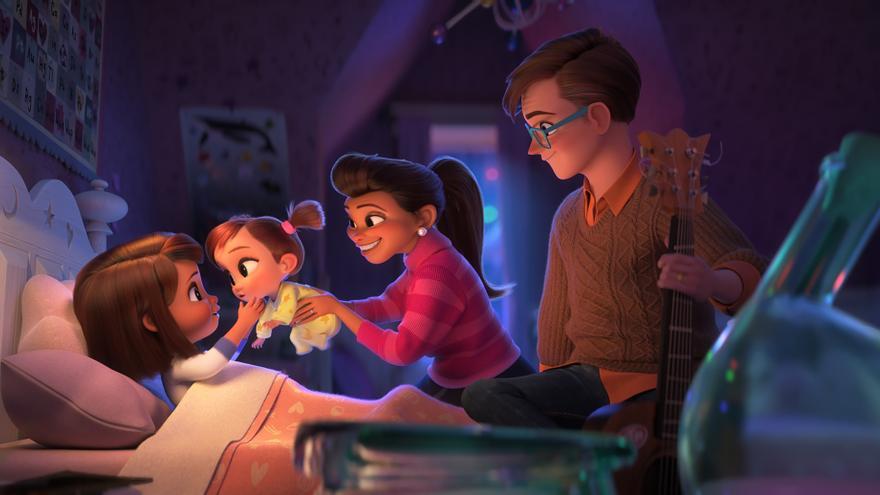 “We put too much pressure on children to do things and more things instead of being themselves,” he told Efe in a telephone interview.

Longoria defended that, instead of being constantly on top and harassing their children, parents should give children a little more freedom to “express themselves” and to “question” everything.

“I think we have to take a step back and make sure that our children are good people. We are not just raising talented or intelligent children. We have to focus more on whether they are kind and caring and less on whether they speak five languages.”

“The Boss Baby: Family Business” is the sequel to “The Boss Baby” (2017) and will be released this Friday at the same time in theaters in the United States and on the Peacock digital platform.

The English dubbing of its continuation again has Alec Baldwin as a reference of a cast in which, in addition to the signing of Eva Longoria, there are also actors such as Jeff Goldblum, Lisa Kudrow, Jimmy Kimmel, Amy Sedaris, James Marsden or the Latina Ariana Greenblatt.

A MOTHER AMONG MANY SECRETS

Following the baby spy adventures of “The Boss Baby,” this sequel moves forward in time and features Boss Baby Ted (Baldwin), now a millionaire, and his brother Tim (Marsden), who lives in a residential area with his wife Carol (Longoria) and with their daughters Tabitha (Greenblatt) and Tina (Sedaris).

Problems for Tim will appear when he discovers that Tina, like his uncle Boss Baby Ted, is part of the secret organization Baby Corp.

Longoria described Carol as “the CEO of the house” although, in reality, there are too many secrets of her family that she does not know.

“He knows something is wrong with Tina because the baby is acting so weird,” he said.

Carol also has to deal with a drifting husband and her eldest daughter, Tabitha, with self-esteem issues and a terrifying musical performance at school.

In this sense, the actress was delighted to participate in this sequel to “The Boss Baby”, a film that, in her opinion, knew how to “build a world” very imaginative and attractive.

“In this second film, the protagonists have to become babies to save the world and then they realize that as adults they were very disconnected. So, being children again, they become better men,” he said.

LAUGHS FOR CHILDREN AND ADULTS

Amusing both children and adults is one of the obsessions of family cinema in recent years, something that according to Longoria they achieved DreamWorks and Universal with “The Boss Baby: Family Business”.

“That is something very difficult: to seduce all audiences,” he said.

Longoria pointed out that perhaps one of the keys to this film is combining comedy and action for the little ones with “a lot of grown-up jokes” for the parents.

“And now that we are coming out of the pandemic, what the public wants is an experience in the cinema and to be able to go with the family. But that tone (of the film) is something very difficult to do well,” he said.

AT THE HELM INSIDE AND OUTSIDE THE CINEMA

Beyond her work as a performer, Longoria has her film directorial debut on the near horizon with the film “Flamin ‘Hot.”

Although she already has experience in directing with series such as “Jane the Virgin” or “Grand Hotel”, the Latina said that occupying the positions of power in the cinema is something necessary to increase the diversity of Hollywood.

“I think that Latinos have to get behind the scenes to create more opportunities for our community. We have to be directors, screenwriters and producers,” he argued.

This willingness to take the helm has also driven her off the screens, as Longoria has recently been in the news for her many business ventures.

For example, next year he will open a school in Los Angeles (USA) for students interested in working in film, and for this he will have George Clooney or Kerry Washington as partners.

In addition, Longoria has entered the football business with force and among her investments in this sport, Angel City FC stands out, a women’s team that will debut next year in Los Angeles and in which she is accompanied by other entertainment figures such as Natalie Portman. , America Ferrera, Becky G, Jennifer Garner, Jessica Chastain, Sophia Bush and Uzo Aduba.

Tags: asks, eve, give him, little ones, Longoria, respite