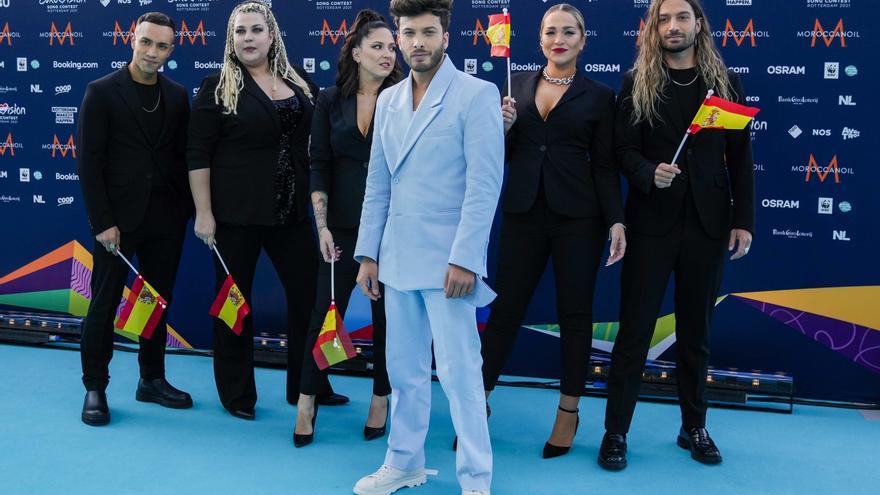 Rotterdam (Netherlands), May 16 (EFE) .- The organizers of Eurovision 2021 in the Dutch city of Rotterdam activated the health and safety protocols this weekend and isolated the Polish and Icelandic delegations in full after confirming positive by coronavirus among its members, which also affected the Maltese and Romanian teams as a precaution.

As explained from the contest, during a “routine test” carried out for this Sunday, a member of the Icelandic delegation tested positive for covid-19, and in accordance with the strict protocols defined by the local authorities and the festival organizers, both the infected people like the other members of your delegation, will be isolated until negative in a PCR.

On Saturday, a member of the Polish delegation also tested positive for COVID-19 upon arrival at the Ahoy event center, which is hosting this year’s edition of the festival, they say from the festival.

The rest of the Polish delegation and their artist also went into quarantine and underwent PCR, and as a precautionary measure, teams from Romania and Malta, who are staying in the same hotel as Poles and Icelanders, have also been seen affected by precaution and will have to get PCRs.

This has meant that none of the four teams have been able to participate this Sunday in the Turquoise Carpet, the welcoming ceremony for the artists. It is believed that the hotel could be the source of contagion for members of the delegations who tested positive.

“All participating artists took a PCR test on Saturday in preparation for their appearance on the Carpet. As an additional security measure, all the delegations that still attend the Carpet will arrive individually by private transport ”, the festival warned in a statement, before the ceremony, which began today at 6.15pm Dutch time (4.15pm GMT).

Due to the pandemic, this year’s edition of the festival is surrounded by a series of very strict measures and includes restrictions such as immediate isolation in the event of a positive, social distancing within the Ahoy, the use of masks and the need to submit. to periodic coronavirus tests, both for antigens and PCR, prior to the actions, to avoid contagion.

The protocol already foresaw possible positives between the delegations, which would prevent the artists from performing live in the semifinal or the final of Eurovision. To avoid being left out, all the teams have recorded a performance that can be broadcast during the key days of the festival in case any of the artists have to be quarantined because their PCR test or that of someone from their team tests positive.

The Spanish representative, Blas Cantó, stressed today upon his arrival at the Turquoise Carpet that his entire team is “trying to keep their distance and be safe” and added that they are practically all day in the hotel: “We are very responsible”, assured.

Asked about his experience in rehearsals on the Eurovision stage, Cantó replied that it was “amazing, a dream that comes true” and recalled that the song is dedicated to his grandmother, who died of covid-19, and involves “a conversation with her because she couldn’t say goodbye ”due to sanitary restrictions.

“It is very emotional for me, I am practically crying all the time. So I try to keep calm, although sometimes it is very difficult for me ”, he commented to the festival presenter, who was waiting on the Carpet to welcome the different participating delegations and officially start this edition of the song festival.

Although everything can change at the last minute if infections are triggered in the Netherlands, in principle the two semifinals and the final will have a maximum of 3,500 spectators in each of these shows, and attendees must present a negative test.