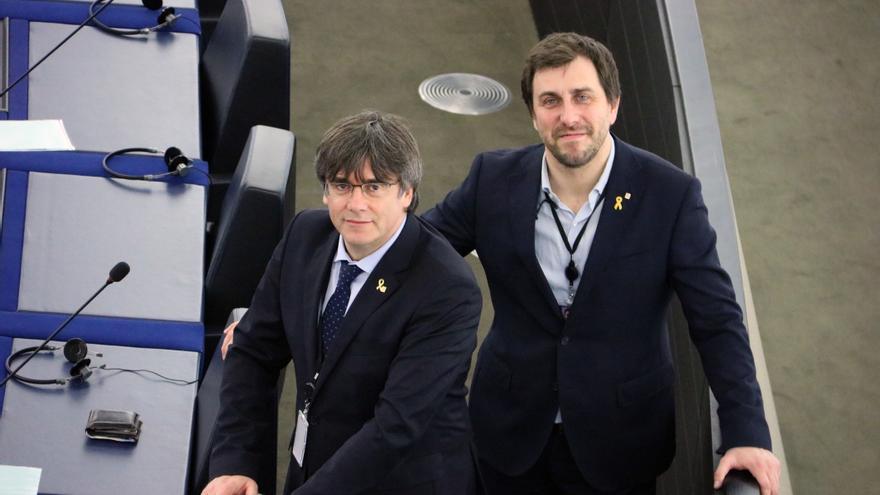 The General Court of the European Union (TGUE) has dismissed the demand that MEPs from the far-right Vox party Hermann Tertsch, Jorge Buxadé and María Aguilar presented against the European Parliament for having accepted as parliamentarians the former president of the Generalitat Carles Puigdemont and the former Minister of Health Toni Comín.

In the sentence, to which elDiario.es has had access, the court knocks down all the arguments of Vox against the European Parliament. The judges disfigure the extreme right-wing party that presented itself as injured – a necessary condition to file a lawsuit – for the status of MEPs of the Catalan independentists and that also presented its legal action before a body that was not competent, therefore which condemns him to pay the costs.

“The plaintiffs have not shown that the contested act [la declaración del Parlamento Europeo de Puigdemont y Comín como diputados electos tras el fallo del TJUE sobre Oriol Junqueras] affects them directly, “remarks the sentence, which by rejecting the first request of Vox also rules out the termination of the contracts of the advisers of the Catalan MEPs and forces them to return the salaries received, as Buxadé, Tertsch and Aguilar also wanted.

The Vox lawsuit “is not sufficiently motivated,” the judges continue. Vox MEPs claimed that they were harmed by the recognition of Puigdemont and Comín as parliamentarians because they were present in the plenary session when the President of the European Parliament, David Sassoli, welcomed them.

However, the judges recall that in the plenary, in addition to the three Vox politicians, there were another 747 MEPs and that the session was broadcast live on the Internet, so they cannot be considered to be “circumstances that confer” on the MEPs of extreme right “the condition of recipient” of the recognition of the independentistas as members of the Chamber.

The representatives of Vox “also do not explain the reasons why they consider that the alleged violation of Spanish electoral legislation had some impact on their legal situation,” adds the sentence.