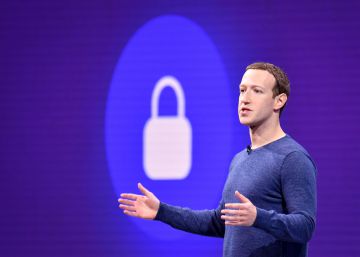 Facebook is more than a platform to share opinions, photographs and videos. It is also a gigantic forum where thousands of offensive comments of a racist, sexist or simply insulting nature are spilled every day that encourage hatred and cross the borders of the law. Brussels has narrowed the fence against those messages pressing networks to act, and national courts could already ask companies such as Mark Zuckerberg to eliminate or block those attacks after reporting the affected. But European justice has gone this Thursday a step further. The EU Court of Justice has determined that nothing prevents the judges of a Member State from also claiming the worldwide suppression of illegal offenses in the social network.

Community judges interpret that magistrates who have declared content illegal in an EU country are entitled to request that their prohibition be extended outside the Twenty-Eight. "Union law does not preclude Facebook from being forced to suppress identical comments and, under certain conditions, similar to a previously declared illegal comment," it has ruled.

The pronouncement comes after the denunciation of the Austrian deputy Eva Glawischnig-Piescze. The parliamentarian, a member of Los Verdes, was the target of offensive and defamatory comments by a Facebook user, who lashed out at her in a post that accompanied a press release in which her statements were collected where she was favorable to provide minimum income for refugees displaced to their country. An Austrian court declared that the comment was against the honor of the deputy, and consulted the Luxembourg Court on the matter. In its response, European justice gives judges free access to ask Facebook to suppress access to publications declared illegal worldwide "under international law."

The decision has opened a debate about whether it is legitimate for a country's justice to extend the prohibition of a digital publication beyond its borders. Those responsible for Facebook do not share that idea, and they see to the extent a danger to freedom of expression since it could force them to use automated filters that are not always so precise as to eliminate exclusively the contents indicated as illegal.

The pronouncement comes after the denunciation of the Austrian deputy Eva Glawischnig-Piescze. The parliamentarian, a member of Los Verdes, was the target of offensive and defamatory comments by a Facebook user

The battle against hate content on the restless Network in Brussels. In May 2016, the European Commission placed large Internet companies in the face of a dilemma: either they were used in depth to eliminate racist, xenophobic and sexist illegal content, or the EU would tighten the nuts with a regulation to which they would respond legally. Three years later, Facebook, YouTube and Twitter claim that they delete more messages than ever, and the majority in a term inferior to 24 hours, but the monitoring of Brussels before the phenomenon continues being narrow.