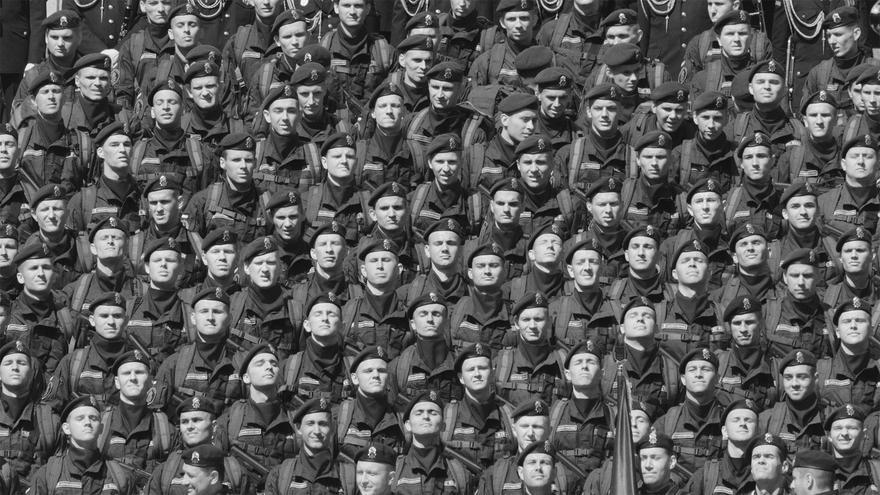 The 20th Las Palmas de Gran Canaria International Film Festival presents the awards for its most special edition. The jury has awarded the Golden Lady Harimaguada to the movie This Rain Will Never Stop (Ukraine, Germany, Latvia, 2020, 103 min.), By Alina Gorlova. The jury has made public the winners this morning, Saturday, April 17, in a ceremony held at the Miller Building. A ruling that decides the prizes between the ten feature films and the twelve short films in the official competition section. The jury of the official section has assessed the European co-production “The director’s ability to make a film about war without showing war and transmitting the effects it has on people, as well as the ability to use photography as a discovery of the complexity of reality.”

The second prize of this 20th edition, the Silver Lady Harimaguada, has relapsed into the movie Fire in the mountains (India, 2021, 83 min.), By Ajitpal Singh. Likewise, of this feature film the jury highlights “The ability to show the contradictions of contemporary India and its dilemma between tradition and modernity with an apparent simplicity and the fact of allowing to express the complexity of its characters”. The jury also awards a second prize to the Indian film, that of Best Actor, in order to Chandan bisht for their interpretation.

Another of the winning titles of this edition has been the Japanese film A Balance (2020, 153 min.), By Yujiro Harumoto, who has achieved for his protagonist, Kumi Takiuchi, the Best Actress Award.

The jury of the official section, made up of Josep María Català Domènech, Nele Wohlatz, and Mathieu Bonpoint has also awarded a special mention, among the ten proposals submitted in the feature film category, to Mixtec knot (Mexico, 2021, 96 min.), By Ángeles Cruz, “for the courage of a director to give an intimate and deep vision of the problems of her community and how they solve them”. Title that also won the Audience Award of this twentieth edition of the Film Festival.

In the short film category, the award went to the work of director Alexe Poukine, Palm (France, 2020, 39 min.), Decision that has been argued by the jury for being “a short film that transfers the authenticity of its characters through a raw and close intimacy that is filtered in images that take the right distance between what we want to feel and what we would have liked to be. A work capable of measuring the affections between people who were broken a long time ago and who now seek to put the pieces together in a mosaic of cinema that breathes, rests and lies in the consciousness of their beloved characters.

Likewise, the jury of the official section, made up of Calmin Borel, Domènech, Javier Acevedo and Oana Ghera, thought it appropriate to award a special mention to Blue affair (Japan, 2020, 13 min.), By Kosuke Okahara, «For a work capable of delving into the identity of light on shadow and shadow on light in a complicated and satisfying tribute to the power of cinematographic language. Between its white and black, a great variety of ideas and motifs can be appreciated that can make us lose their textures to finally find ourselves with sincere and timeless images ».

The jury of the section that premieres a new section at the twentieth edition of the Film Festival, Banda Apart, awarded the prize for short film Point and Line to Plane (Canada, 2020, 18 min.), By Sofia Bohdanowicz. For the jury, made up of Vanina Saracino, Rosa Franquet and Justin Jaeckle, Point and Line to Plane it is “a film that becomes an object through the reflection of history, experience and form, forging circular connections between magical thinking and plasticity. “

The jury of the Canarias Cinema section, made up of Miren Aperribay, Rodrigo Díaz and José Manuel Zamorano, three names that stand out for their commitment to culture and the dissemination of cinema as a state of the art in their respective facets as distributors, programmers and producers, awarded the Richard Leacock Award Best Feature Film to the movie White blank (Spain, Chile, Germany, 2019, 100 min.), By the director Théo Court “Because of the undeniable expressive capacity that governs the entire film, a powerful staging that combines reflection and denunciation of a historical conflict that still demands justice and questions the function of art and its use to justify and mask certain actions”. And grant the Richard Leacock Award for Best Short Film to Versions (Spain, 2019, 14 min.), by Claudia Torres, “for her capacity for emotional interpellation supported by the intimate and private images that the director manages to transcend, generating a disturbing and suggestive story of the family abysses”.

The short film by the Canary Islands Claudia Torres was also made with the Digital Award 104 for distribution, released last Tuesday, “for its suggestive ability to transcend the intimacy of home recordings, making the viewer wonder about the reality that hides behind any system of representation“As assessed by the jury made up of Jonay García, Jairo López and Domingo J. González, filmmakers and founders of the Canarian audiovisual production company.

The Canarias Cinema jury also awarded a third recognition to Andrea Zoghbi, lead actress of the short Ocean, by Fernando Alcántara, “Por its expressive, intimate and almost silent capacity for vital rootlessness in contemporary urban spaces” and one special mention to Infinite confinement (Spain, 2020, 5 min.), A short film by the Canarian filmmaker Víctor Moreno, of which they stood out “The constant search from irony and creativity in a staging that explains the current reality”.

In this twentieth edition, the Film Festival once again has the Association of Women Filmmakers and Audiovisual Media CIMA to recognize a feature film and a short of the competition. The writer, psychologist, editor and filmmaker Susi Alvarado, the expert creator in locations Lourdes Rojas, the president of CIMA, director and screenwriter Cristina Andreu, the also screenwriter and creator Virginia Yagüe and the award-winning producer Chelo Loureiro recognize in this twentieth edition works that contribute to awareness and social commitment to gender equality.

CIMA awards the best feature film award to A Balance (2020, 153 min.), By Yujiro Harumoto, “because This film is paradigmatic in choosing a protagonist, exceptionally played by Kumi Takiuchi, who illustrates an autonomous, professionally competent woman, committed to her environment, empathetic and who, through the conflict that calls into question her moral principles, grows in the course of history without falling into stereotypes. A demonstration that a cinema under these premises can be written and filmed by a man and that in the commitment to equality we walk in alliance ”.

CIMA members also reward the short film The motorcyclist does not fit happiness in the suit, (Mexico, 2021), by Gabriel Herrera, “for its discursive originality, its aesthetic language and its irony when it comes to shaping colonial history, reappropriating beauty ”.

Kumi Takiuchi, for his interpretation in A Balance (Yujiro Harumoto, 2020, 153 min.)

Chandan bisht for his interpretation in Fire in the mountains (Ajitpal Singh, India, 2021, 83 min.)

Special Mention of the Jury

On the twentieth birthday of the film festival in the city, the public has been able to enjoy in the cinemas of the Cinesa El Muelle, in the Museum of Science and Technology and in the Miller Building of more than a hundred films, of which 62 have competed for one of the 16 awards that the Festival has awarded in this edition that comes to an end tomorrow, Sunday, April 18.

Behind the coveted statuettes is the work of LPA Fábrika in the 3D creation process and of César Luzardo as a cabinetmaker. The small scale reproductions of Martín Chirino’s Lady Harimaguada finished in titanium and in 3D have replaced the old trophies since 2017. These figures, which have been made with digital printing techniques, have taken shape thanks to machines that have traced millimeter by millimeter the body of these unique Ladys with which great film figures have been recognized, in the case of honorific ones, and with which the most outstanding works and authors of this installment of the festival have been awarded.

The Las Palmas de Gran Canaria International Film Festival, which once again has underlined its commitment to a philosophy that is determined by the commitment to talent, with a cinema that is born without a commercial vocation and that moves away from conventionalisms, has counted in this twentieth edition with the support of the Ministry of Culture and Sports through ICAA, the Government of the Canary Islands through Canarias Cultura en Red, the Cabildo de Gran Canaria thanks to the SPEG and the Gran Canaria Film Commission, the University of Las Palmas de Gran Canaria and the Universidad del Atlántico Medio, the Canary Islands Audiovisual Cluster, the Canary Islands Microclima Filmmakers Association, the CIMA Association of Women Filmmakers and Audiovisual Media, the Filmin platform, Cinesa El Muelle, the Museum of Science and Technology and the International Bach Festival.