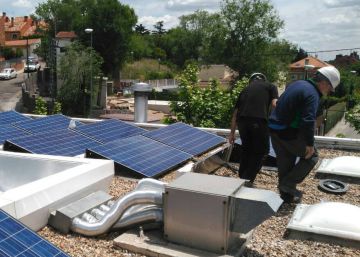 “Europe was facing the historic challenge” of the coronavirus pandemic “and has been able to respond with an agreement in the same historical terms,” ​​the Prime Minister, Pedro Sánchez, celebrated yesterday, announcing the pact reached by the European Council to promote ” a true Marshall Plan to give a strong first response to the Covid crisis, but also looking to the future to make those transformations that we need to do if we want to be a resilient, competitive, inclusive and digital and green economy during the decades to come. “

The agreement, Sánchez recalled, will involve the injection of 140,000 million euros into the Spanish economy in the coming years, the equivalent of 11% of GDP, of which some 72,700 million will be direct aid and the rest credits. Only these non-reimbursable transfers, stressed the president, almost multiplied by 10 the amount of European cohesion funds that allowed Spain to be equated with the rest of the great powers in the 1990s. “The objective of the recovery fund is to mobilize a massive amount of European public resources, which will also have a consequent mobilization of private resources for economic recovery after the crisis and, moreover, that recovery will be prompt, strong and also sustainable, “said Sánchez, convinced that the pact” is going to convey a very positive message to workers and employers in our country and on our continent. ” “Thanks to this program we are going to be able to launch the National Reform Plan, of investments for that growth and that green, digital, inclusive transformation to which I referred before, also pouring economic resources into science, Vocational Training and in education ”, he advanced.

“The money is not going to be transferred directly to each country, rather it will be granted according to the projects presented,” recalls Raymond Torres, director of Situation and International Economy at Funcas, stressing that “investments are basically going to be prioritized to facilitate the economy digital, the ecological transition and all kinds of actions to increase the productive potential of the country, which may include investments to improve the training of workers. ” “They are the priority axes, but the beneficiary sectors can be many. They are not necessarily going to be just technology or energy companies, it can include construction, for the renovation of the residential park, including the modernization of the industry, reaching the automobile sector, it will be quite horizontal, “anticipates Torres.

“This fund is designed to boost aggregate demand, but the high unemployment rates in Spain make it necessary to prioritize projects that have the capacity to generate employment,” says Fedea researcher Marcel Jensen, who considers that, given that the fund European prioritizes green investments, in addition to the development of renewable energies, the country will be able to take advantage of this door to “increase the energy efficiency of buildings” by promoting an ambitious plan to reform the housing stock. “It is a way of using the fund and generating employment in a sector, that of construction, where there have been difficulties since the previous crisis,” he defends. This also involves dedicating part of the European resources to training workers in this field, he explains. In fact, the Government has already designed an ambitious housing rehabilitation plan with which it hopes to create tens of thousands of jobs and which it aspires to defray with European funds.

Regarding investments linked to the technological field, Jansen believes that the clear destination of these items is “the digitization of SMEs”, in order to allow them to truly take advantage of the potential of the important network infrastructure that the country already has. . The modernization of the public administration itself, he says, is another of the milestones to be addressed with EU funds.

The experts agree in stressing, in any case, that the improvement of infrastructures will be another key focus of the investments of the European fund. Only Adif, which acts as an engine of public investment, has a portfolio of 16,000 million projects that aspire to capture these funds.

To mobilize the maximum resources, they estimate from Funcas, “the best way is co-financing” of these projects, which involves mobilizing private investment, from electric companies or clean energy, they illustrate, in order to multiply the impact of European aid. “I very much doubt that they will be able to absorb all the funds without new General State Budgets,” warns Torres, who sees it as unfeasible to take advantage of the full potential of the European fund if the tool that conveys the resources is a new extension of the 2018 accounts.

From Funcas they assume that another beneficiary sector may be health, with improvements in infrastructure, equipment or personnel within the “social resilience” pillar, since they rule out that the EU will allow hanging under that perch the financing of pensions or social transfers . What will have a place, he assumes, are “active employment and training policies” for workers

Montero will not seek to rebalance public accounts until 2023