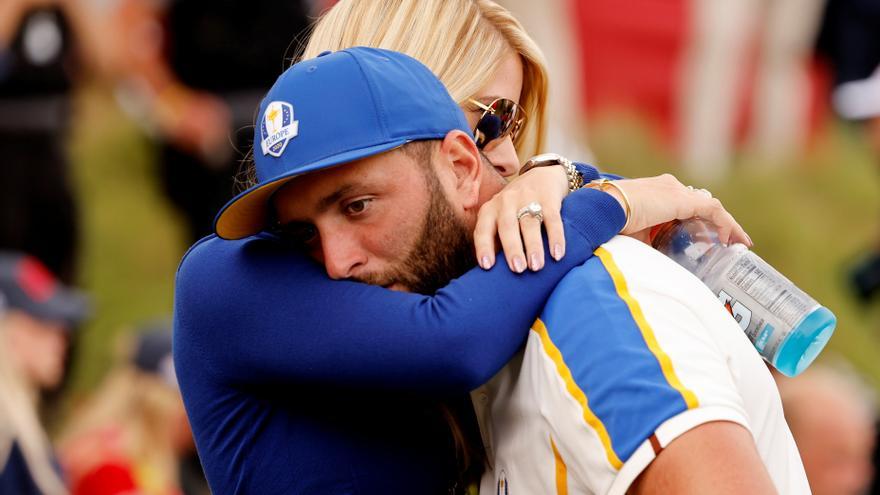 The american golf lived a glorious day this Sunday after defeat Europe 19-9 in the 43rd edition of the Ryder Cup and leave the message that the new champions have a bright future ahead of them.

The captain of the United States team, Steve Stricker, was the first to lift the Ryder Cup they had recovered, but then passed it on to the 12 players who made the big win possible, including nine of them who had never been champions before.

Now his goal is so demonstrated throughout the weekend that it won’t be the last time they do it, either.

More than just recovering the coveted trophy this Sunday, the youngest American team in history gave Europe its worst defeat and delivered a strong message about how serious it is to change the tone of these games.

Daniel Berger won the 18th hole in the final match by the point that closed the 19-9 victory, breaking by half a record margin since Europe became part of the Ryder Cup in 1979.

“This is a new era”Stricker noted. “These guys are young. They want it. They’re motivated. They came here determined to win. I could see it in their eyes.”

The six rookies of the United States Ryder Cup scored more points than all of Europe, combining for a 14-4-3 record. Americans did not lose a session for the first time in 44 years. Dustin Johnson became the first American to go 5-0 since 1979.

They had the best team on paper. They played even better when they were on the grass of the field.

“It is not only the strongest American team I have seen, but they all played well this week,” acknowledged English veteran Lee Westwood. “They all performed and showed up this week. It seems like they are a team.”

The United States finally looked like Europe, which has dominated the Ryder Cup by winning nine of the last 12 meetings before being defeated on the shores of Lake Michigan.

With a six-point lead, no team has recovered more than four points until the final day, the Americans quickly filled the markers with their red numbers.

The decisive blow came from Collin Morikawa, at 24, the team’s youngest player and a two-time Major champion. He made a three-foot birdie putt on the 17th hole that secured the Americans at least the 14 1/2 points they needed.

“I woke up this morning and was trying to tell the guys, ‘Let’s get to 20 points,’ because this will be the next era of the Ryder Cup team for the USA team,” said Patrick Cantlay, another of the standouts in the champion team. “We have a lot of young guys. I think they will be in teams for a long time and I wanted to send a message.”

Veteran Tony Finau had said on the eve of these games that this was “the biggest.” Americans had so many new faces with no lasting scars from watching Europe celebrate so much over the years. It was an opportunity to change the culture, and this was a huge step.

The gallery saved one of its loudest cheers for Stricker, the Wisconsin native who has led two major wins. He guided Team USA to a 19-11 Presidents Cup victory in 2017 and added his signature piece this weekend in Whistling Straits.

Johnson became the first American since Larry Nelson in 1979 to win all five games, completing his perfect week by beating Paul Casey in a game he never lost.

Casey, Matt Fitzpatrick and Bernd Wiesberger failed to win a point. Rory McIlroy and Ian Poulter, part of the backbone of the European experience, didn’t win a match until the singles, and by then it was too late.

The Americans were young, yes, and very good, with four of the top five in the world rankings. And they finally competed as such. Those four players – Johnson, Morikawa, Cantlay and Xander Schauffele – combined for a 14-1-2 record.

It is true that Europe lost, but it also showed all the class it has with players like the Spanish Jon Rahm, the world number one, who proved it on the field with three victories, and the veteran Sergio García, beating Nick Faldo’s mark with the most victories achieved in the Ryder Cup (25) marks.

But at the end of the competition, the European team, as much as it was a new generation in the American teamIt was shown as an aging team that arrived full of experience, but not in sufficient form.

Although the captain of the Europe team, Padraig Harrington, reiterated that “The United States was very strong. Whatever their plan, they got it right this week. A strong team, played well. He kept up the momentum. And it would have been difficult to beat them in the best of cases, much less when they are in top form. It is a great victory for them. ”

The Americans won consecutive home games for the first time since 1983. The next step is to win on the road, something they have not done since 1993, and which they hope to achieve in the next Ryder Cup event which will be in Marco Simone (Italy), in 2023, where they hope to play the same or better than they did this year.