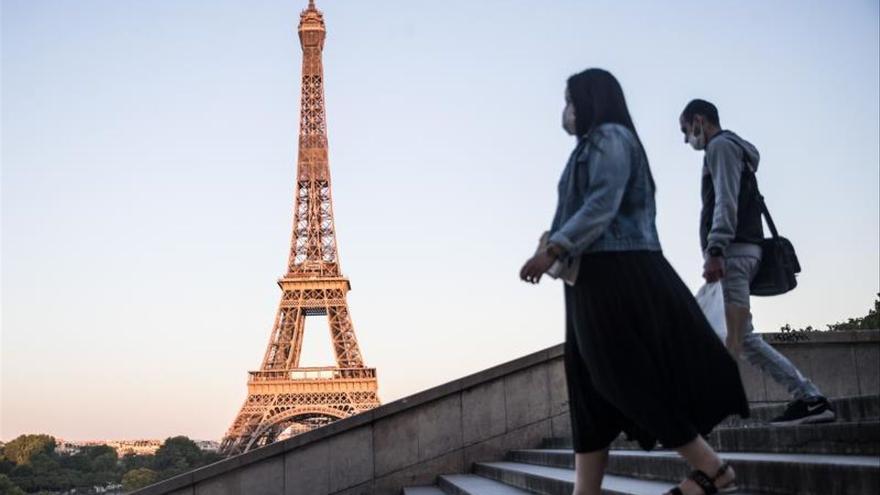 The second wave of COVID-19 is causing different countries in Europe to take severe measures to prevent the advance of the virus in their regions. This is what British Prime Minister Boris Johnson announced this Saturday, who ordered the confinement of England at least until the second of December. Citizens will still be able to go away from home to work, study or go for a walk, but other movements and meetings are restricted. "We will not return to the full-scale lockdown of March and April, the measures I have described are much less restrictive," Johnson said.

But England is not the only area. With the contagion curve soaring and expectations that it will continue to grow, Portugal will confine 70% of its population as of November 4, but will not close schools, commercial establishments or restaurants. The measure was adopted this Saturday in an extraordinary council of ministers, in which it was decided to apply the restrictions to municipalities with more than 240 cases per 100,000 inhabitants in the last 14 days, which reaches 121 locations, including Lisbon and Porto. .

Also French President Emmanuel Macron declared a nationwide lockdown to combat the coronavirus that entered into force this Friday and will remain in force "at least until December 1," the president said. "After having consulted the scientists and dialogued with the political, economic and social forces, I have decided that it is necessary to return from Friday to the confinement that stopped the virus."

Thus, in France you will need an authorization to leave home for justified reasons such as going to work, shopping or going to the doctor. "Teleworking will be widespread again," said Macron. All the establishments that receive the public will remain closed, except the essential ones, and the schools may remain open. Universities and higher education centers will have to offer their courses online. On the other hand, movements between regions within the country will be prohibited.

For its part, Germany announced that as of next Monday the massive restrictions will return to stop the spread of the second wave of the coronavirus, with closures with financial compensation of theaters to gyms, cinemas to spas and fairs, but with schools and shops open . The German Chancellor, Angela Merkel, and the heads of the executives of the 16 'Länder' reached this basic agreement, which will last for four weeks from that date and includes the reduction to ten people from two different addresses for meetings in private spaces .

Belgium is in an even more severe position: returns to near-total confinement for more than a month. Unlike other countries, the Belgians have decided to keep schools closed until at least 15 November. In addition, there are also restrictions regarding social gatherings: only one person can be received at home - in the case of single people, this maximum can be extended to two. On the other hand, funerals may not have more than 15 attendees and places of worship, which will remain open, may not have groups of more than four people.

Something more moderate is the confinement of Austria, which from next Tuesday and for a month establishes restrictions on movement and private contacts, as well as the closure of hotels and gastronomy, leisure and cultural venues, among other measures such as one touch curfew from 8:00 pm local time to prevent meetings and private parties at night.

In other countries such rules have not yet been applied, but it will be a matter of days. This is the case of Italy, which is already studying a new decree with which it will toughen current restrictive measures to stop the increase in coronavirus cases in recent days, which this Friday exceeded 30,000 infections in 24 hours for the first time. "We are living hours of reflection at the European level: Belgium, France and other countries have declared a lockdown", said today the Minister of Foreign Affairs, Luigi Di Maio, who maintains that "we have to analyze whether it is necessary to anticipate movements to prevent the curve worsens. Incessant meetings are being held for the next decree, which will undoubtedly be more restrictive. "