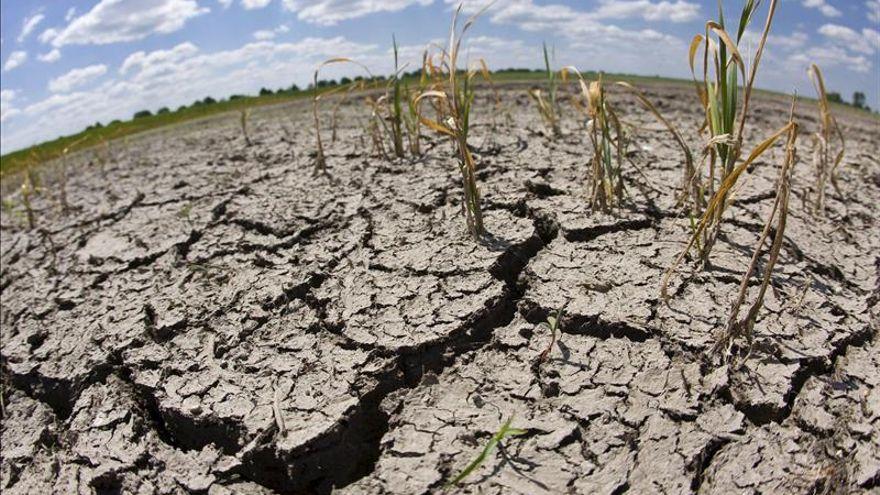 Europe is running out of soil by polluting it, accelerating its erosion and building on it. Between 60 and 70% of the continent’s soils are degraded, as the European Environment Agency has warned and the European Commission has just admitted when publishing your Soil Strategy. So far, there is no community regulation that safeguards this “asset for future generations.”

The soil is the layer immediately below the earth’s surface that “serves as a medium for the growth of plants and organisms”, It is defined by the US Department of Agriculture. This layer is thin, between 15 and 25 centimeters, but it provides food, biomass and raw materials, in addition to regulating the water and carbon cycles. Its deterioration opens the door to desertification that drives climate change with the cycle of more severe and prolonged droughts coupled with more violent rainfall.

Degradation supposes “a change in the health of the soil”, as defined by FAO. This causes “a decrease in the capacity of the ecosystem to produce goods or provide services to its beneficiaries.” The damage that modern human activities are causing to European soils “are on the rise and lead to irreversible losses“, says the European Environment Agency (AEM). How? Erosion, the appropriation of natural soil for urban development and infrastructure and pollution.

“Population growth coupled with urbanization are putting pressure on soils and the intensification of agriculture makes them more prone to erosion”, analyzes the AEM. Between 2012 and 2018, about 400 km2 of net land was lost each year due to uses such as construction or infrastructure. And a trillion tons of land is washed away by erosion.

“Few know that the thin layer that lies at our feet contains our future,” says the Soil Strategy of the European Union published this Wednesday. Because, despite the fact that this layer contains 25% of all the planet’s biodiversity, the European Union does not yet have specific legislation. On June 9, the European Parliament approved a report from the Environment Committee chaired by the Spanish César Luena that asked Brussels to get down to work: “That it present a legislative proposal for a common framework (…) for the protection and sustainable land use “. Soil “is a non-renewable natural resource, which implies that its loss and degradation are not reversible on a human scale”, ruling the Ministry of Ecological Transition.

Erosion is the “loss of the topsoil and its nutrients.” It is the most visible effect of degradation, but not the only one. In fact, in itself it is a natural process, but it has been made worse by soil management of human activities.

When we speak of erosion as damage to soils, it refers to the accelerated loss of surface due to these activities and that, therefore, “exceeds the natural rates of soil formation”. Because “the creation of only a few centimeters of this carpet takes thousands of years,” admits the Commission document.

The Mediterranean countries in general and Spain in particular suffer from this process in a more acute way. The average erosion caused only by water in Spain (also caused by wind or temperature changes) is around four tons per hectare per year, almost double the European average, according to Eurostat. That leading group is made up of Italy, Slovenia, Greece, Malta or Cyprus. And that a reduction in the rate has been observed, says the statistical office.

“Agriculture is the biggest agent of water erosion”, according to the European Commission. Agricultural lands account for 80% of the surface with severe or moderate erosion: 35 million hectares affected, 17.8% of the European arable soils. The areas with more irregular and sloping relief are the most prone to suffer this degradation – like many farms in the southeast of the peninsula.

Land appropriation occurs when “agricultural, forest or even semi-natural soils are transformed into land for urban planning and other artificial developments,” explains the Environmental Agency. Its main agents are the construction of houses, services and recreational areas, transport networks, infrastructures, quarries, mines and landfills.

“It occurs, above all, in peri-urban areas and its proliferation causes the interruption of the ecological functions of the soil”, relates the AEM. This also subtracts the ability of soils to store carbon, which exacerbates climate change by settling as a greenhouse gas in the atmosphere. This transformed land also becomes a surface for floodwaters and floodwaters to flow.

In Spain, expansive urbanism has worsened floods, which are the deadliest natural disaster. There are almost 12,000 kilometers of risk areas. These changes in land use in urban planning (together with erosion) cause the same rain to do more damage, according to the analyzes of the technicians of the Public Hydraulic Domain who have evaluated the risk areas.

On average, between 2000 and 2018, some 2,400 square kilometers of land in Spain have been affected by this transformation. It ranks first in the European Union. The strategy designed by the Commission (which must then be translated into legal regulations) says that, by 2050, this loss of ground must be zero, that is, that what is transformed is compensated with regeneration.

The Commission has insisted that “preventing diffuse pollution and its points of origin is the cheapest way to ensure healthy soils in the long term.” More than undertaking expensive decontamination processes. Diffuse soil contamination basically comes from organic and chemical residues originating from the intensive agro-livestock sector and other industrial activities. Also due to poor waste management.

Spain is one of the European countries with obvious problems due to this contamination that also ends up reaching the waters: the soil, sediments and water “are closely related”, the document prepared in Brussels shows.

In fact, 40% of the Spanish water bodies are in poor condition, according to the latest revisions of the hydrographic confederations and the diffuse contamination that it reaches them filtered through the ground is one of their main problems. On October 11, the European Commission ruled in a report that Spain has a “systemic problem in managing nutrient pollution from agriculture.”

“Up to 83% of European agricultural soils have pesticide residues”, according to the review of 376 samples of agricultural soils from 11 different states carried out in 2018. Research carried out by the University of Wageningen, in the Netherlands, added that more than half of those soils had multiple types of residues. “It is more the norm than the exception,” they affirmed.

The work that remains in this regard is Herculean: the Commission sets as a goal that “soil pollution must be reduced to levels that are not harmful to the health of people or ecosystems” by 2050.

The loss of living soil in general is the open door for desertification to advance, one of the certified impacts of the climate crisis. Desertification, as land degradation, is already a problem in the countries of the Mediterranean basin and eastern Europe. 13 EU states have declared themselves as “affected parties” to the UN Convention Against Desertification, but the European Union as such has not yet. “Although the risk of desertification refers to certain areas, the social, economic and environmental impacts concern the entire Union,” the European Commission now admits.