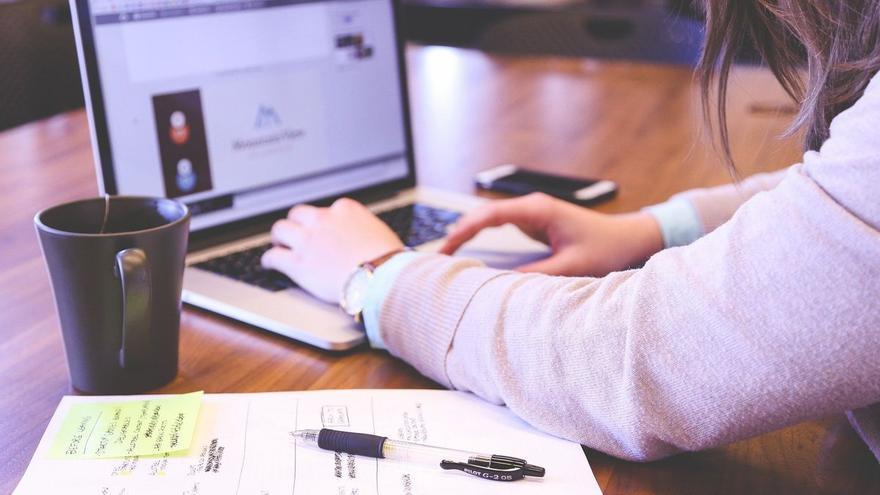 The European Parliament negotiates against the clock a directive to reduce the gender pay gap, with mandatory measures for the countries of the Union. However, its ambition is limited, since it establishes an acceptable level of gap, 5%, instead of aiming for 0.

In view of the negligible progress in terms of equal pay, the EU you want to put the stacks with a directive that states binding measures and allows member states to impose sanctions, including fines and penalties when accessing public contracts. The President of the European Commission, Ursula von der Leyen, has made this matter one of her priorities.

The Council has already put on the table a proposal for a salary transparency directive to advance towards this objective, which has received more than a thousand amendments on which the European Parliament will decide on March 27. There are two controversial issues in the proposal: on the one hand, it considers a wage gap of 5% acceptable and, on the other, it limits the most forceful measures to companies with 250 or more employees, thus leaving out 70% of the European business fabric.

"This Wide sleeve is not very justified, it is a random number, but we are fighting a lot", he explains to THE NEWSPAPER OF SPAIN the MEP of Podemos María Eugenia Rodríguez Palop, who reflects that it would be unacceptable to accept 5% corruption or 5% femicide and asks why Europe should be content with a 5% wage gap if it is something that violates the fundamental rights of women.

Socialist Lina Gálvez doesn't think it's right that any percentage is allowed either, but she recognizes that when you don't have a sufficient majority, you have to reach a compromise. "Our starting point is that there is no percentage. If there is not for other human rights, why are we going to allow that 5% to exist here?" She reflects.

However, from the PP, MEP Rosa Estaràs maintains that this percentage must exist because "companies must be given a margin due to issues of capacity, dedication and trust": "It is an acceptable margin. (...) There may be a salary gap due to dedication or competence. When it exceeds 5% we have to see why, it is where the directive establishes that the company has to sit down with the social partners".

"A 5 has been set with the idea that the directive is subject to review and in a few years there will be an evaluation. Then it will be seen if the percentage is correct, if it has to be lowered. Things have to be done with consensus, balance and proportionality and doing it gradually is the way to go," advocates Estaràs.

Meanwhile, Rodríguez Palop sees a more reasonable scenario in which even that percentage is reduced to 2.5% with the idea of review it at three years old, but left and right do not agree on this point.

Specifically, the directive -as it is drafted at the moment- establishes that when there is a unjustified difference of wages in a company of 5% or more for work of equal value, employers will have to carry out a remuneration evaluation together with the representatives of the workers to put an end to the gender biases that may exist in the remuneration of male and female employees.

The limit of 250 employees

This measure will only affect companies with more than 250 employees, who will have to report publicly on the salaries they pay their employees and the wage gap between male and female workers broken down by professional category. Both the staff, the labor inspection and the equality bodies will have the right to request these data, as well as clarifications from the employer. "In the event that gender pay differences are not justified by objective and gender-neutral factors, the employer must correct the situation."

This number, 250, is precisely the most critical point of the negotiation within Parliament. In the report prepared on this directive, it is requested that the limit be placed at 10 peoplebut the MEPs foresee that it will finally remain at 50.

"The issue of the threshold is proving to be very complicated," says Rodríguez Palop, who regrets that lowering that number is conditional on establishing fewer obligations for companies if they do so: "If you have to do concessions with the obligations, the water that enters through one place comes out through the other", he laments.

The PP MEP defends that these measures would have an excessive cost for SMEs and calls for consensus and proportionality.

For her part, the socialist Lina Gálvez assumes that it would be desirable for the measures to be mandatory for all companies, regardless of their size, but at the same time clarifies that for small companies adapting to the regulations can be more expensive. To mitigate it, he says, public administrations can develop services and institutions that help them with the procedures.

"Perhaps we will end up starting with 50 employees and gradually reducing it," he says.

Obligations for all companies

Apart from the two aspects mentioned above, which are limited to companies with more than 250 employees, the salary transparency directive does establish other obligations for all companies.

Between them, report starting salary salary before the job interview and prohibit asking the potential employee about his salary in his previous company. "The purpose of such a provision is to ensure that workers have the necessary information to engage in balanced and fair negotiations on their salaries," reads the proposal for a directive.

In addition, workers will have the right to request information on their individual remuneration and on average remuneration levels -to find out what their counterparts are paid-, disaggregated by gender and categories of employees performing the same work or of equal value. Thus, they will be able to determine if their remuneration is discriminatory and enforce their right to equal pay if necessary.

"To rule out possible retaliation or the fear of suffering them", the provision allows information to be requested through their representatives or an equality body.

"This is a very important step. a change of mind. It is a priority commitment of the EU for equality, we send a very powerful message to the world that it is a priority, that we are talking about human rights and this is not negotiable", Estaràs points out.

Rodríguez Palop is convinced that the directive will facilitate fair competition between companies in the internal market, which until now believed they had "the right to opacity", while Gálvez believes that it will be a key tool for reducing the wage gap and for a best use of women's talent.

"The sense of justice is going to be greater and we are going to do the more competitive markets. There will be better information for workers when it comes to negotiating their conditions and having a remuneration in accordance with their job, training and productivity," concludes the socialist.

The text on which the Parliament is working urges the member states to set sanctions when they fail to comply with these measures, which can take the form of fines - which must take into account the gravity breach, duration, intent, negligence or recidivism-, the revocation of public benefits or prohibit the award of public contracts.

It also takes into account the intersectionality: when gender discrimination is joined by others based on race, origin, disability, etc.

Likewise, those who suffer pay discrimination will have the right to compensation.

The directive also aims to facilitate access to justice for the claim of equal pay and establishes that it will have to be the employer, and not the employee, who will have to demonstrate the absence of the salary gap.

The pay gap in the EU, in figures

The gender wage gap in the EU is 14.1%: women in the Union earn 86 euro cents for every euro earned by men.

The percentages vary from 21.7% in Estonia and 21.2% in Latvia to 1.3% in Luxembourg. Spain is below the average (9.4%), but these figures refer to the hourly wage and are relative to the year 2019 and a worsening is expected due to the pandemic crisis.

The numbers are especially worrying when analyzing pensions, where the average pension gap between men and women stands at 30.1%.

In the last 9 years, the EU has only reduced the hourly wage gap by two points. Faced with this very slow progress, it responds with this directive with which it intends to reduce that difference more quickly.