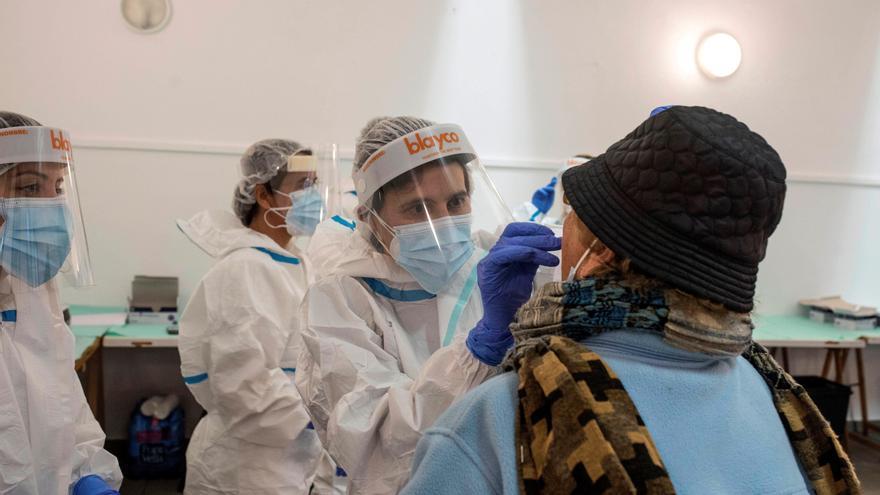 The new strain of coronavirus detected in the United Kingdom is “more transmissible” than existing variants, but there is no evidence that it is more infectious, as confirmed by the European Center for Disease Prevention and Control (ECDC) on Monday. Preliminary analyzes carried out so far reveal an estimated potential to increase the reproduction rate (the famous R) by 0.4 or more and an increase in transmissibility of up to 70%, according to Efe.

“There is no indication at this time of an increased infectious severity associated with the new variant,” has made public the European public health body. The ECDC has indicated that studies are being carried out to determine the risk of reinfections and on the efficacy in vaccines of the new strain, which has also been detected in countries such as Iceland, Denmark and the Netherlands. This Monday, the Minister of Health, Salvador Illa, has referred to this matter and considers that, for the moment, this strain does not reduce the effectiveness of the vaccines with which it is expected to start immunization in Spain on December 27 and manufactured by the Pfizer / Biontech consortium.

“Since there is insufficient evidence to reveal to what extent the new variant of the virus has been transmitted outside the United Kingdom, specific efforts are necessary to prevent and control its spread”, advises the ECDC. Spain has reinforced the requirement of PCR tests for travelers arriving in Spain from the United Kingdom, while several other EU member countries have suspended connections with the British state. Even Canada has paralyzed flights for 72 hours (both countries still share the head of state in the person of Queen Elizabeth II). This Monday, the European Union will make a decision on what will be the connection plan with the islands due to this new strain of SARS-CoV-2

Two days ago, the British Government reinforced the restrictions on the movement of the population in London and the southeast of England due to the alarming increase in cases of covid-19, which experts link to a new variant of the highly contagious coronavirus.

“If someone in the household is infected, susceptible pets should be tested”