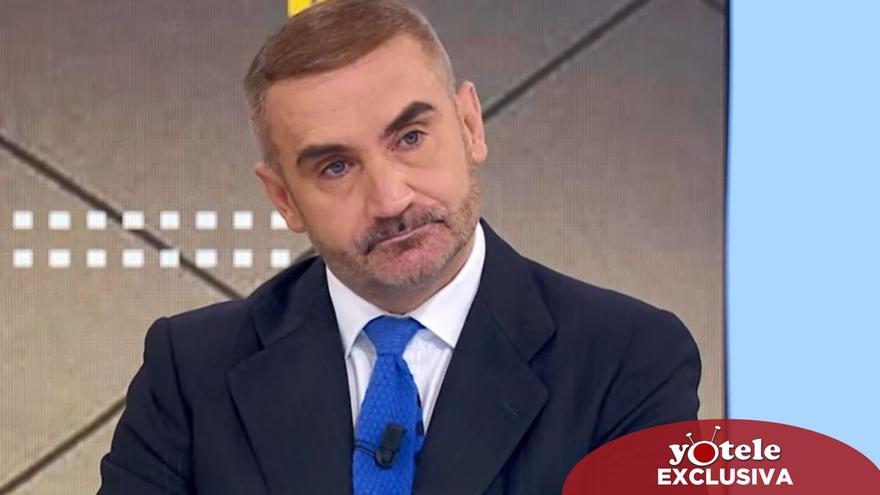 From collaborator to presenter. Euprepio Padula, a regular analyst in different social gatherings Mediaset Y Telemadrid, prepare your jump as a driver of his own tv show, as YOTELE has known exclusively.

The Italian is preparing a new interview space which will be broadcast on Telemadrid at night and will take place in different locations of the Madrid Metro.

According to the information to which this portal has had access, Padula will meet with different well-known characters, with whom he will review his life and professional career, while both help to better understand the secrets of the Madrid underground.

The new space, which does not yet have a definitive title, will begin recording in the next few weeks, with the aim of starting to air throughout the next television season.

Euprepio Padula is one of the most recognized experts in business leadership and political communication in our country. About 6 years ago it became known nationally on television in ‘The sixth night’, with the didactic blackboards of analysis of the program.

After passing through the space of Iñaki López, extended its presence to other spaces in the Atresmedia chain such as ‘Better late’ or ‘Red Hot’, in this case breaking down the data on different election nights.

After becoming a well-known television collaborator, Padula left laSexta and made the leap to Mediaset, to collaborate in spaces such as ‘It’s already noon’ Y ‘Four a day’, by the hand of Unicorn Content.

Precisely with the production company led by Xelo Montesinos and Ana Rosa Quintana he began his love affair with Telemadrid, as a fellow member of Maria Rey in the program ‘120 minutes’.

The Madrid chain saw a vein in it and offered to enter ‘Good morning, Madrid’, the morning news of Ricardo Altable, with section ‘Coffee and Parole’, where he interviews different representatives of the political scene in the first person. Now, he combines this task (and his other collaborations) with his new program.