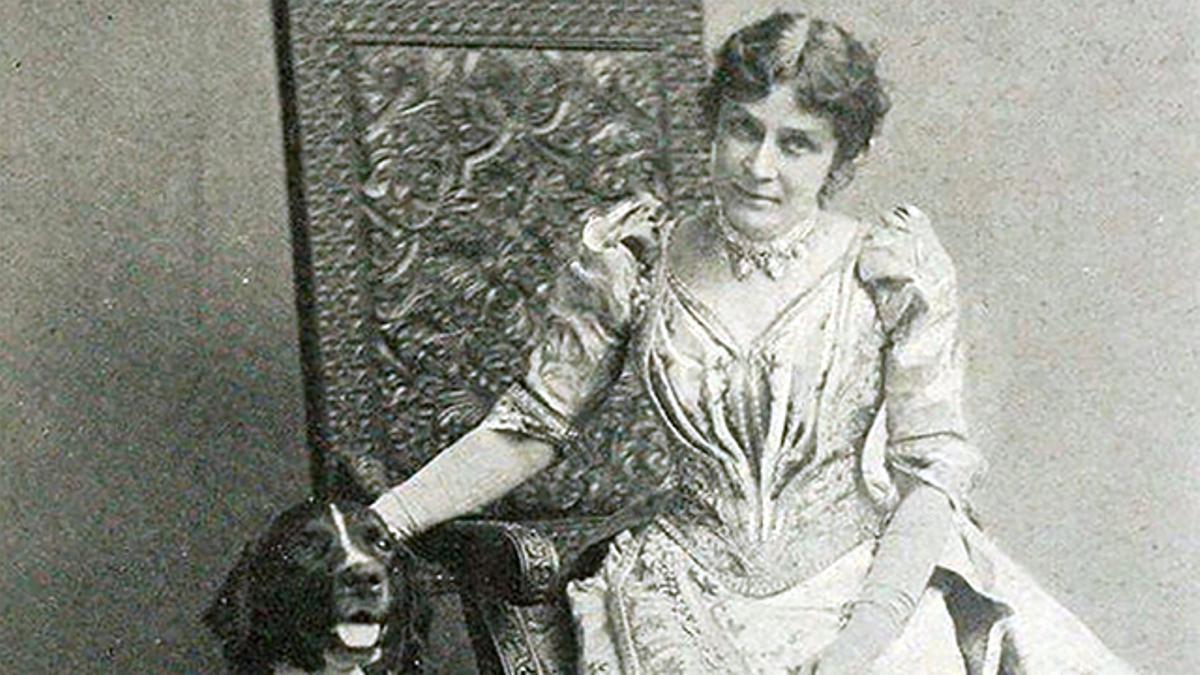 There may be two denials that, at least in the 19th and 20th centuries, are much more closely related than is generally accepted: that of sexism and that of global warming. And the two coincide in the life of the scientist Eunice Newton Foote (1819-1888), climatologist and defender of women’s rights, who discovered the phenomenon that caused the environmental disaster that, just over a century later, has caused irreversible damage. in the planet.

On August 23, 1856, at the Eighth Annual Meeting of the American Association for the Advancement of Science (AAAS) in Albany, New York, there was only one paper signed by a woman: Circumstances Affecting the Heat of Sun’s Rays (Circumstances that affect the heat of the sun’s rays), by Eunice Newton Foote.

The importance of the climatologist’s work is revealed, by the way, in this data: only 16 Physics articles written by women were published in the United States in the 19th century, only two appeared before 1889, and both were written by her.

Newton Foote designed a very ingenious and simple experiment to show how the Earth’s atmosphere warms up. Using thermometers, glass cylinders, and a vacuum pump, he isolated the component gases from the atmosphere and exposed them to the sun’s rays, both direct sunlight and shade. By measuring the change in their temperatures, he found that carbon dioxide (CO₂) and water vapor absorb enough heat to affect atmospheric temperature.

But although she did the experiment, wrote the results report and dared to send it to the meeting, she could not attend to present it and defend it, because 164 years ago women were not allowed to attend AAAS. His research was presented by Professor Joseph Henry of the Smithsonian Institution, although Foote managed to make it published on The American Journal of Sciences and Arts, in November 1856. But it was quickly forgotten.

Earlier, in 1824, the French mathematician Jean Batiste Fourier had calculated that the Earth must be much colder and assumed that something in the atmosphere must act as an insulating blanket. But only Foote’s experiments explained the phenomenon. For years, however, the discovery of climate change was attributed to Nobel laureate Steven Arrhenius, and the discovery of global warming to Jhon Tyndall, who improved on Foote’s experiments six years after she presented her study.

In 2011, Raymond P. Sorenson, an independent researcher – a collector of scientific manuals and co-editor of Oil-Industry History – revealed that the most significant work – that of Eunice Newton Foote – went unnoticed at that AAAS meeting. In 2016, the Canadian climatologist Katharine hayhoe did an investigation and rescued Foote’s communication published by The American Journal of Science and Arts. That year, climatologist Ed Hawkins published this tweet, with which the scientist’s claim would begin.

Eunice Foote was also a renowned feminist activist, member of the Editorial Committee for the Convention Seneca Falls of 1848, the first agreement on the rights of women in the United States. Together with her husband Elisha Foote, she was among the 78 women and 32 men from various liberal political movements and associations who signed the Seneca Falls Statement (Declaration of Rights and Sentiments) on the social, civil and religious conditions and rights of women.

Foote was ahead of the science of his time and explained what would happen if the CO concentration increased2 in the atmosphere: “… If the air was mixed with a higher proportion of CO2 that at present, the result would be an increase in ambient temperature “. This is how he predicted the phenomenon that has wreaked havoc on the planet, especially since the industrial revolution, and whose effects today are unprecedented in millennia.

In the first half of the 20th century, Svante Arrhenius (1903), Guy Callendar (1938) and Gilbert Plass (1956) made important predictions about the increase in global atmospheric CO2 in the post-industrial era and its consequences on the temperature of the planet. Then the American chemist Charles D. Keeling (1928-2005) developed the first CO measurement instrument2 in atmospheric samples. The ‘Keeling Curve’ is the oldest continuous record of atmospheric CO2 (1958-2021) that demonstrates the constant increase in the levels of this gas in the atmosphere. Today there are more than 100 atmospheric CO2 observatories in the world.

The concentration of atmospheric CO2 went from 280 parts per million (ppm) in the pre-industrial era to 315 ppm in 1958, and in 2020 it reached 410 ppm. The global average temperature of the Earth’s surface has increased 1.2 degrees Celsius in 100 years. The largest amounts of atmospheric CO2 dissolve in the oceans, forming carbonic acid and acidifying the water. And as the oceans store 80 percent of the heat in the atmosphere, the ice masses at the poles are melting and sea levels rise (19 cm since 1901 and 3.2 mm / year in the last decade). In addition, snow falls in mountainous and temperate areas, water is lost for irrigation and human consumption, and precipitation patterns that directly affect agriculture change.

Due to these discoveries, the UN General Assembly approved resolution 43/53 in 1988, on “the protection of the climate for current and future generations.” And that year the United Nations Environment Program and the World Meteorological Organization established the Intergovernmental Panel on Climate Change (IPCC), which published its first report in 1990. In June of this year the IPCC published its report Biodiversity and Climate Change IPBES-IPCC, which warns that the climate change has entered code red.

Additional injustice is that it is the industrialized countries (China, the US, India, Russia, Japan and Germany) that emit more greenhouse gases (GHG) while the areas most affected by climate change, according to predictions, will be the ones that concentrate to underdeveloped countries. Today Canada, the US, Russia and Japan emit 70% of GHG per inhabitant, while Latin America and the Caribbean, for example, contribute less than 6% of global emissions.

We all know that extreme weather events are more frequent every day. There are more extreme heat waves, hurricanes, storms, and floods. This summer, inconceivable temperatures have been reached and fires have devastated millions of hectares. The destruction of the habitat of millions of animal and plant species is alarming, and this inevitably affects human life. The pandemics that could happen are an example of this, and even a mass extinction phenomenon is predicted that has been called the Anthropocene era.

Although 160 years after the investigations of Eunice Newton Foote, the scientific community that did not know her knows perfectly the consequences of global warming, still today many politicians, companies and people who resist changing their way of life deny the phenomenon. They deny it as much as the sexism that prevented Foote from being recognized. Perhaps having understood both phenomena in time would have saved us loads of tragedies.