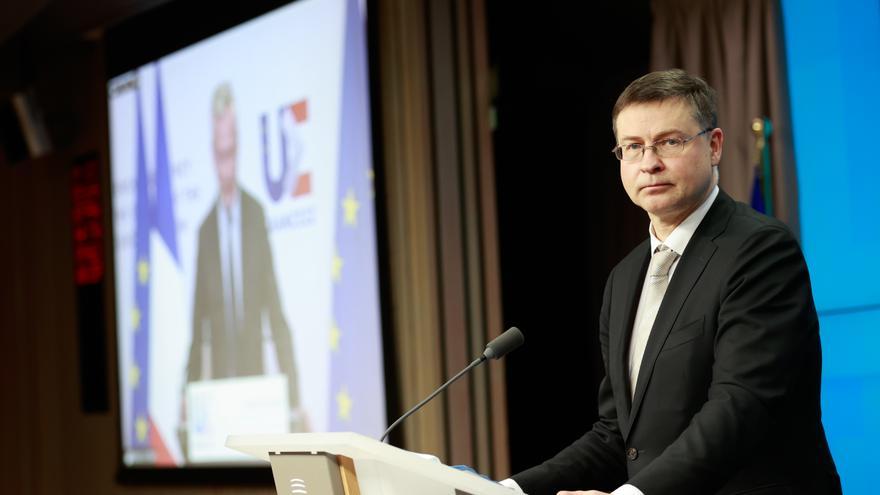 The cryptocurrency market as a back door to circumvent the sanctions of the European Union on Russia. This is the alert from Christine Lagarde, president of the European Central Bank, transferred to Ecofin (EU Finance Ministers), who met this Wednesday by videoconference. In response, the Ministers of Economy of the 27 have committed themselves, together with the European Commission, to monitor the evolution of the cryptoactive markets to, where appropriate, develop new measures.

"You have to remember that the sanctions consist of freezing assets," said the economic vice president, Nadia Calviño, after the meeting: "And crypto assets are also assets."

The French Minister of Finance, host of the meeting, Bruno La Maire, explained that "supplementary measures are being studied to avoid circumventing sanctions through cryptocurrencies. We have heard a report from Lagarde and we are going to use all means to avoid that restrictions be circumvented. I can't say now by what means, but there is a high consensus among the 27 that sanctions can be allowed to be circumvented with cryptocurrencies."

The economic vice president of the European Commission, Valdis Dombrovskis, explained: "We have agreed to assess the situation and propose measures, there is an increase in the volume of transactions in cryptocurrencies and cryptoactives that could reflect the attempts to circumvent sanctions out there. If necessary, we will propose measures".

"What we have seen is an increase in some of the most popular crypto assets," Calviño acknowledged, "which seems to suggest that it may be an alternative and an escape route for the Russian and sanctioned authorities. Crypto assets are assets, and therefore Both are included in the sanction and prohibition measures. We have to make sure that there is no opportunity for the agreed sanctions to be avoided in these markets.

La Maire has agreed that the war is having an "impact on European economies. The biggest risk is inflation from energy prices, with further inflation based on exposure to Russian energy sources." A consequence of this is the agreement with the European Commission to reassess in May and June the deactivation or not of the escape clause to return to the fiscal rules in January 2023.

"The sanctions have had an impact on our economy," Dombrovskis acknowledged: "It is difficult to quantify. Gas is going to remain high this year, inflation is significant, there will be higher-than-expected inflation. Next week we will publish a communication on energy to address these issues.

According to Calviño, "Spain is the country with the least exposure due to aggression and sanctions, but it is clear that the war has an economic impact. The most important is energy, the commercial sphere and the financial stability of the markets. The message is that it is a serious situation with an economic impact, especially in the evolution of energy prices and inflation".

The economic vice president has assumed that there will be an impact on the economies of the 27 for "helping Ukraine, refugees, and the support of the economies for energy prices. All this will affect public finances. It is important that we coordinate the answer".

In this sense, Dombrovskis has announced that the Commission is advancing with the plan of 1,200 million aid to Ukraine. "I expect the agreement with Ukraine next week, and that the first disbursement of 600 million will be in mid-March."

The Ecofin has also put on the table the possibility of granting state aid to companies hit by the war. "We are going to talk to the Commissioner for Competition, Margrethe Vestrager, about state aid and other measures for companies," said the French Minister of the Economy: "These are short-term support measures for the most fragile companies, those that are most exposed to international competition and have great contact with Russia. As for long-term measures, such as European energy independence, gas storage, supply, diversification... All this will be part of the debate of the leaders in the summit in France on March 10-11".

Dombrovskis has stated that there may be a part of the European recovery funds, additional allocations, also from other funds such as cohesion funds, which could be redistributed "to the countries most affected by the crisis, to those that host more refugees." The Latvian has also acknowledged that, "taking into account the situation in which Ukraine finds itself, the additional assistance program is not quantified. But when we see the enormous destruction, it is clear that we are talking about a very high volume of support that is going to be necessary, and we will discuss it with international partners, such as the IMF, the Federal Reserve, to see how we can support Ukraine.