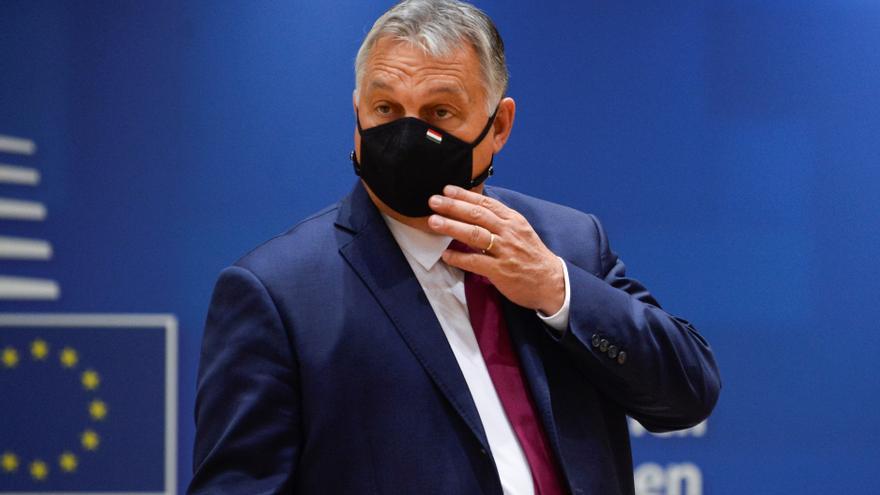 A little over a quarter of an hour. Nobody expected a solution this Thursday, but 17 minutes is the time that Heads of State and Government have dedicated this Thursday to the issue that the European Union has in crisis: the veto of Hungary and Poland to the EU budget for 2021-2027 (1,074 trillion) and the recovery fund (750,000 million) by the mechanism that link European items to their management in accordance with the rule of law. After that brief discussion, they have moved on to address the state of the pandemic.

“We do not underestimate the seriousness of the situation and believe that we must implement the July agreement [sobre los presupuestos y el fondo de recuperación] as soon as possible “, explain community sources,” but a videoconference is not the appropriate format to discuss such a complicated issue. In any case, an agreement is necessary to get everything going. ”

The next ordinary European Council is scheduled for December 10 and 11, although it has not yet been convened in person as it is something that depends a lot on the evolution of the pandemic.

Community sources explain that the President of the European Council, Charles Michel, “contacted all the delegations before the meeting by videoconference to ensure that the discussion took place ‘under control”. The consequence of this is the low number of words requested, prepared in this way to avoid a mess of impossible solution by videoconference and to keep the negotiations open at all levels, including ambassadors to the EU, which do continue to meet physically in Brussels.

At the end of the summit, Merkel said: “They have made it clear that they do not agree to the agreement. It is a package that is blocked, so we cannot take it to the European Parliament for ratification and entry into force. We must continue negotiating. We believe that it is a balanced and good agreement, to which the rest of the countries do not object. I do not want to speculate, but we have an obligation to find a solution, it is an important matter. It is not an easy problem, it is serious. work hard”.

“It is a very serious problem,” insist community officials on the eve of the summit by videoconference on Thursday. “We are fed up, it is a matter of survival of the Union,” other diplomatic sources acknowledge.

“The Lord [Viktor] Orbán [primer ministro de Hungría] You have to ask yourself if you really want to continue to maintain this pulse for ideological reasons or because it is because of the countries that oppose immigration. It’s starting to be very funny “, says another community source:” They will know what they are doing, if the commitments of the European councils are respected or not, it would be very serious to enter a zone of complete delirium. They are reminiscent of other types of operations in another Member State [en alusión al Brexit]”.