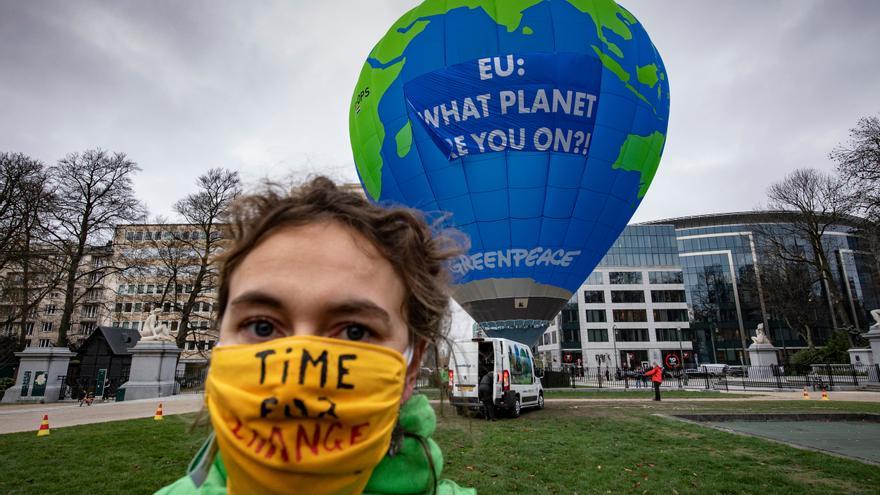 One sleepless night, negotiating net emission reduction targets for 2030. From lockdown to lockdown. Poland, after lifting the veto on recovery funds, went on to block the increase to 55% - from the current 40% - the reduction of net greenhouse emissions in the EU as a whole by 2030 in relation to 1990 with the view put in climate neutrality in 2050. Until he raised it first thing in the morning, as announced by the President of the European Council, Charles Michel.

The negotiations have lasted one night, which shows how much is at stake: a binding commitment to a more ambitious climate goal means a review of the economy and energy sources, and requires investment, money, especially for countries like Poland, which are highly dependent on coal and lag behind in terms of the energy transition. Thus, Warsaw, Prague and Budapest came to Brussels asking for "more clarity" on how the EU would deal with emission cuts and what guarantees they were going to get so that the new target for 2030 was backed by financial and regulatory support measures.

Thus, Poland, above all, and also the Czech Republic and Hungary have achieved the promise of reviewing the financial support mechanism for the energy transition. Also, informs Politico, guarantees are given that they can use nuclear energy and natural gas to replace dirtier fossil fuels. The agreement, likewise, calls for reforming the Emissions Trading System, to give more financial support to the countries most dependent on coal, something uniquely aimed at Poland, which was the main resistance until the end.

"The ambition is considerable, everyone's agreement is needed, it is difficult to find the right balance. It is normal that they spend the necessary time there," said a diplomatic source at 2.14 in the morning. "Discussions continue both in full session and in small groups during breaks," they said first thing in the morning. And that a less harsh discussion was announced in Brussels: "In the climate debate there is broad support for the draft conclusions and the objective. It is considered a balanced text but the discussion is still ongoing," said a source to the start of the summit.

It is now five years since the EU signed the Paris climate agreement, and one year since the European Commission presented its European Green Deal. And most governments support a 55% reduction in EU emissions by 2030, but there are countries in Central and Eastern Europe, notably Poland, that are demanding more funds for gas and nuclear power in exchange for their support.

"On the eve of the fifth anniversary of the Paris Agreement, we Europeans are committed to reducing our greenhouse gas emissions by at least 55% by 2030. 10 years is tomorrow. There is no plan B," said French President Emmanuel Macron.

"An agreement on an improved emission reduction target of at least 55% by 2030 is within our reach," said Charles Michel, President of the European Council, before the summit: "The work to find the best way to achieve this ambitious goal is well under way. This would be a significant achievement and support our claim to play a leadership role in the fight against climate change. "

"To reach a 55% reduction in 2030 we must have the financial resources to invest in industrial and technological transformation", recognized in El País Frans Timmermans, community vice president of Pacto Verde.

Just a year ago there was already a climate failure in Brussels. After hours of negotiation, after a June summit in which the attempt to unanimously set the goal of climate neutrality by 2050 failed, EU leaders were again unable to achieve unanimity on the blockade from Poland for the lack of economic guarantees in the energy transition. At the time, Michel wanted to pass the progress of going from eight countries favorable to the 2050 target in May 2019 to June 24 and December 27. But one was missing, and without that one, Poland, it could not be said that there was an agreement in the EU as long as the agreements are unanimous.

The heads of state and government of the European Union (EU) also agreed on Friday to approve new sanctions against Turkey for its actions in the eastern Mediterranean. Specifically, they want to add more individuals to the current list of sanctions, which includes two people related to the Turkish state oil company, for prospecting for hydrocarbons in waters near Cyprus.

This framework of sanctions came into force in November 2019 and last month it was extended for another year, until November 2021. In addition, the High Representative for Foreign Policy of the European Union, Josep Borrell, and the European Commission are requested to study the possibility, by March, of expanding the scope of these sanctions, depending on how the relationship with Ankara progresses.

However, they avoid more drastic measures such as carrying out an arms embargo, as requested by Greece, and emphasize that "the offer of a positive agenda between the EU and Turkey remains on the table."

At the summit on October 1, the Heads of State and Government promised to review the state of relations with Turkey and apply new sanctions if the government of Recep Tayyip Erdogan did not reduce tensions with the EU, especially with Greece and Cyprus.

"Turkey's unilateral and provocative actions in the eastern Mediterranean are still continuing, including in the Exclusive Economic Zone of Cyprus," the leaders say in the summit's conclusions.