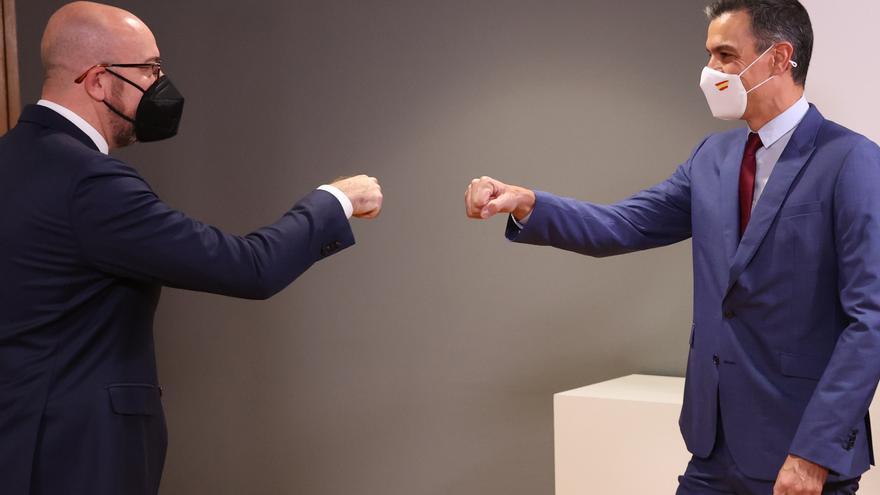 Pedro Sánchez has already said it when he arrived at the European Council: “These are the times of Brussels.” That is to say, things take their rhythm, they have their processes and, above all, they require an agreement between 27 countries that have different interests -pronuclear, progasistic, pro-renewable- and their problems: the south is showing itself more vulnerable with the prices of light, for example. And, for this reason, the Spanish Government has lobbied in all areas in recent weeks to put the debate on the electricity market on the European agenda.

And it has succeeded. Just as he has achieved that the conclusions include in detail the evaluation of the HTA market – CO2 emission rights, which the Czech Andrej Babis has also requested – and that the matter is reviewed at the European Council on December 16 and 17 . Both specifics were not in the draft conclusions, which were including that the Commission and the Council should consider “promptly” measures that could lead to a more affordable price of energy.

Among those measures, which are in the communication of the European Commission of October 13 to which the leaders of the EU refer, are some proposals by Spain, such as the joint purchase of gas and strategic reserves, as well as the evaluation of STDs. Next Tuesday, October 26, the EU Energy Ministers will meet again to address the matter.

Of course, what it has not been able to achieve are those “bold and forceful” measures that the Prime Minister, Pedro Sánchez, requested two weeks ago in Ljubljana (Slovenia). But, of course, the reform of the energy market is not something that can be done in weeks, as the Spanish Government now recognizes: the last reform is from 2019 and it took several years to agree on it, in addition to that afterwards everything has a laborious legislative process , between the Commission, the European Parliament and the Council.

In addition to addressing the problem and discussing the measures proposed by the Spanish Government, among others, what has already been achieved is a communication from the European Commission that compiles the measures available to the States, qualified as “incongruous” by Vice President Teresa Ribera, and the commitment of Brussels to examine some of the Spanish proposals: review the CO2 market, study joint gas purchases and analyze the implementation of strategic reserves in the face of future crises.

Thus, the President of the Government acknowledged upon his arrival at the Europa building: “We would like to go faster, but in Brussels and the European Union the steps are taking at a less intense pace than we would like. But the Government of Spain will continue moving forward and working so that at European level we can find solutions The Commission has already set its times, its deadlines, has requested a report on the evolution of energy prices in mid-November and, from there, we will continue to see how the Commission proposes further measures “.

Sánchez concluded: “We would like us to go faster, but these are also the times of Brussels. And what we are going to do is have an attitude as constructive as possible, because it is a problem that matters a lot to the European economy, to citizens and industry. ”

According to Chancellor Angela Merkel, at what will probably be her last European Council – 107th – “the question is: what is causing the high energy prices? The European Commission has presented a very good communication on the matter, which will form the basis of our deliberations. I think we should react sensibly, as we are doing in Germany. We should not completely ignore the market, but rather offer more market and, if necessary, grant social support measures, as we do in Germany, for example by offering help to households “.

More favorable to the Spanish countryside has been the Greek Prime Minister, Kyriakos Mitsotakis, who sees necessary to make structural changes to face the increase in energy prices, urging the European Commission to intervene. Mitsotakis has also mentioned the possibility of allowing EU countries to buy gas from a centralized European platform and working to increase gas storage and reduce short-term market distortions when gas supplies are scarce.

Finnish Prime Minister Sanna Marin said it was necessary to continue working on short-term solutions as the cold sets in, which “will cause problems for citizens and businesses.” However, in the long term, Marin said there was only one solution: “Be as energy independent as possible, and the way forward is to invest in green energy”:

Belgian Prime Minister Alexander De Croo stated that he was “not against” the Spanish proposals to review the electricity market, and acknowledged that “situations are different in each country” and noted that Spain was probably feeling the impact of the crisis more acutely due to the few interconnections with other countries of the Iberian Peninsula.

It is “interesting how more and more when we have problems at the national level, everyone asks Europe to intervene,” De Croo said at the meeting, according to a source cited by Politico. The Belgian prime minister said “the EU should do more”, adding: “Our dependence on fossil fuels has a social and economic impact, so the green transition is the right thing to do.” In addition, the Belgian prime minister and called for “a long-term strategy and short-term action.”

In addition to the debate on how to approach the problem of light from a European perspective, the division between the 27 also focuses on the energy mix, on the types of energy in each country and on the pulse between countries for nuclear to be considered not polluting – like France – or quite the opposite – like Germany.

Acting Czech Prime Minister Andrej Babis, who has been blocking the conclusions for several hours, has been expressive on Twitter: “Unfortunately, my friend Xavier Bettel is an enemy of nuclear, so we will have another tough confrontation over the fact of that nuclear and gas are low emission sources. Of course, I am clearly pushing for this. The European Commission should legislate on this as soon as possible. ”

In effect, the energy price crisis is opening an opportunity for nuclear power advocates to advance their cause. Slovenian Prime Minister Janez Janša has defended nuclear power, arguing that building more reactors would reduce dependence on foreign suppliers. Greek Prime Minister Kyriakos Mitsotakis also defends it, although there are no plans to build nuclear plants in Greece because of the earthquakes, as does Irishman Micheál Martin, who also backed nuclear power as a transitional energy source.

For his part, upon his arrival at the summit, the EU’s foreign policy chief, Josep Borrell, reiterated his argument that geopolitics partly explains a recent rise in the price of energy. “Energy prices today are the consequences of a great geopolitical game with a strong external dimension,” said Borrell, referring to Russia.