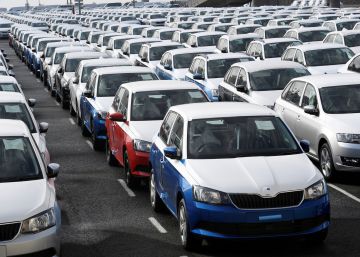 Four years ago, diesel engines ceased to be holy and a sign of the German car industry to become Symbol of one of his biggest scandals. Nothing has been the same for the big manufacturers since it was discovered that Volkswagen tricked the pollutant emission controls of their vehicles. Many cities and countries have announced at that time plans to restrict their circulation and improve air quality, but there are those who still resist: the German State of Bavaria has repeatedly refused to comply with a German judicial resolution that prompts it to ban transit to meet the nitrogen dioxide limit values.

This Thursday, the matter has reached the European courts: the lawyer of the European Union has concluded that his deliberate refusal to take measures to alleviate pollution cannot culminate in the arrest of the Bavarian leaders who oppose preventing the passage of diesel vehicles by certain routes in Munich, the capital, where much higher levels are recorded for years. The case will now go to the CJEU, which will have to issue a ruling on the issue soon, although it usually follows the lawyer's criteria in most cases.

Danish Saugmandsgaard Øe interprets that "no matter how serious the behavior of public offices that refuse to comply with a final judicial decision is," there is no law in Germany that clearly contemplates the possibility that the presiding minister of the region or the holder of the Environment are arrested for this reason. "The obligation of the national judge to do everything within its power to provide a directive with full effectiveness, in particular an environmental directive, cannot be fulfilled undermining the fundamental right to freedom," he concludes.

The European justice consultation came from a German court. Given that parliamentary immunity protects the top officials, the Germanic magistrates asked whether it would be reasonable to require the senior officials of the Bavarian executive, under threat of arrest, to comply with the judges' opinions, even acting against the criteria of their hierarchical superior , but the attorney general believes that such a measure would violate the right to freedom.

His refusal to defend strict measures against the Bavarian mandamases is not an obstacle for the EU lawyer to be very hard with his challenge to justice. "The refusal to comply with the judicial resolution can have serious consequences both for the health and life of people and for the rule of law, which is one of the values ​​on which the Union is based," he warns.

The lawyer offers two alternatives if you want to increase the pressure against Bavarian leaders: pass a law that allows you to imprison public charges for this reason, and the infringement procedure for breach of community rules. This last route is already underway: the European Commission filed an appeal against Germany for air pollution in Munich, one of the workhorses of Deutsche Umwelthilfe, the German NGO that filed the lawsuit in 2012 and got a ruling against Bavaria that He forced her to introduce an anti-pollution plan by allowing runaway levels of nitrogen dioxide.

According to Brussels, every year, more than 400,000 Europeans die prematurely as a result of poor air quality and many others suffer respiratory and cardiovascular ailments caused by pollution. Its effects also hit public coffers: pollution costs more than 20,000 million euros annually to the European economy due to the increase in medical costs and the decline in labor productivity.