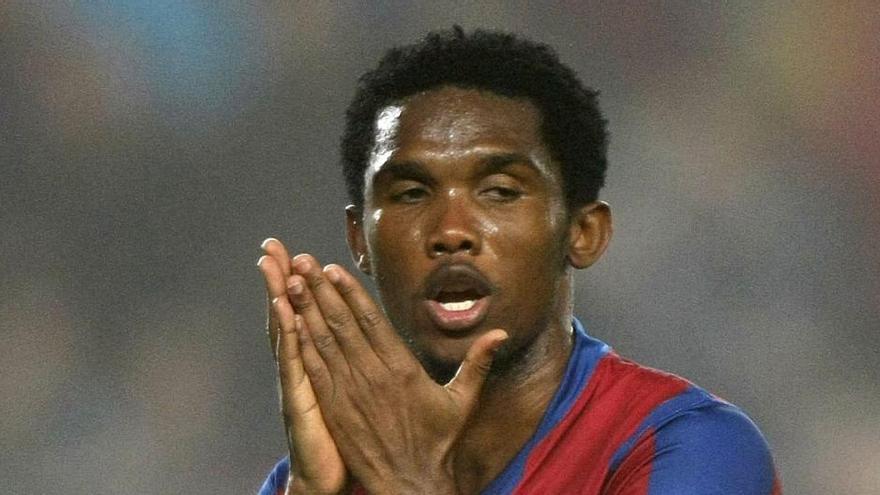 Cameroonian footballer Samuel Eto’o he is doing well after being in a violent car accident near Nkongsamba, a town in western Cameroon, local journalists confirmed.

“You have been the victim of a violent car accident a few hours ago, when he was returning (from the region) of the West, where he has participated in various celebrations, “Cameroonian sports journalist Martin Camus explained today on his Facebook account.

Camus has spoken on a couple of occasions with the footballer who is well and that heDoctors are conducting complementary tests to check that there is no damage.

However, the car he was traveling in Cameroonian legend, 39, has been completely destroyed from the front.

The former soccer player assured that he had no personal relationship with Eto’o before he visited him, and said he was “moved” by the forward’s gesture, whom he described as “a man with a big heart”.

In his career, which spans more than two decades, the forward defended the shirts of Spanish teams such as Real Madrid, Leganés, Mallorca and Barcelona -where he lived his golden age-, as well as that of other European teams such as Inter Milan or Chelsea.

After a three-year stint in Turkey, where he played for Antalyaspor and Konyaspor, Eto’o signed a few days ago with the Qatari Qatar SC.

The postponement of the Tokyo 2020 Olympics will cost about 2,700 million dollars