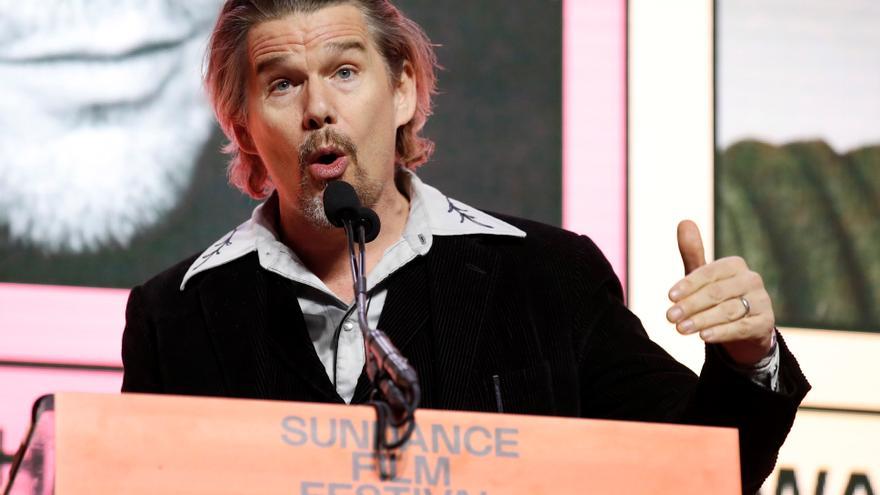 New York, Apr 12 (EFE) .- Actors Ethan Hawke and John Leguizamo will star in an online version of the classic play “Waiting for Godot”, by Samuel Beckett, which will premiere on May 6.

This is the first play offered by The New Group Off Stage, a new initiative by the Off-Broadway group The New Group, in which Hawke takes on the role of Vladimir and Leguizamo that of Estragon, while Wallace Shawn plays Lucky, rapper Tariq Trotter to Pozzo and Drake Bradshaw to Boy.

“This project is the epitome of what ‘theatrical expressions in different media’ means: bringing together prominent artists from all disciplines – cinema, television, theater and music – who collaborate on a hybrid work on screen, finding a way to revitalize a play, “The New Group Artistic Director Scott Elliott said in a statement.

The creative team for this piece, which can be rented for a period of 72 hours or a week from The New Group website, also includes production designer Derek McLane, costume designer Qween Jeam, sound manager Justin Ellington, cinematographer Kramer Morgenthau, and editor Yonatan Weinstein.

This “Waiting for Godot” is one of the first major theatrical productions to take place since the beginning of the pandemic, and while Broadway remains closed given the restrictive measures that allow shows to be offered in closed spaces but only at 33% capacity.

However, to try to boost Broadway, one of the sectors hardest hit in New York by covid-19, New York City has installed in Times Square, near where the most important theaters are, an exclusive vaccination center for workers in the sector, in addition to a coronavirus testing center.

Therefore, Broadway theaters are expected to open their doors next September, after nearly a year and a half of closure.