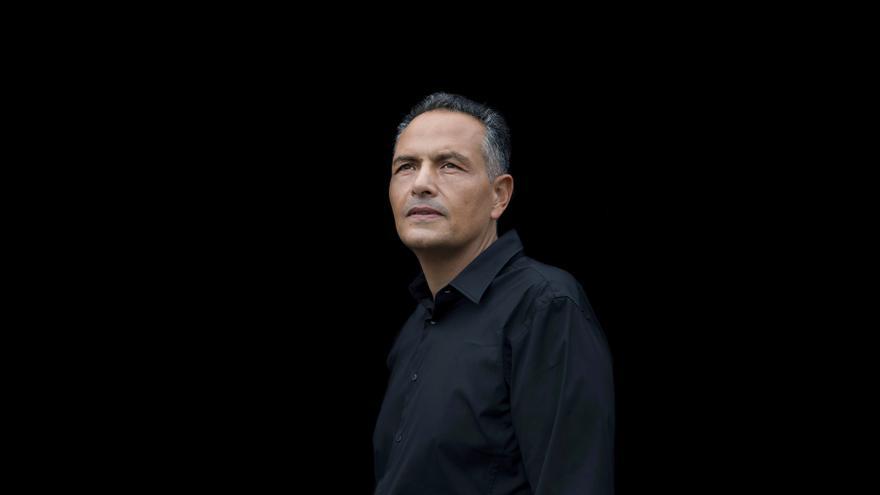 The novel Eternal noon, by the Gran Canaria author Santiago Gil, has risen with the Benito Pérez Galdós International Novel Award in its latest edition, which convenes biennially the Island council and to what a total of 124 works attended sent from different sources.

As announced this Monday by the Corporation in a statement, this work was selected by the jury according to “its literary quality, the way in which the author transformed the real story of the painter Jorge Oramas into a romantic affair, as well as the treatment given to the work of the mentioned creator”

Eternal noon literary approach to life that ends and that, at the same time, tries to eternalize in art. According to the award-winning novelist, Santiago Gil, “practically nothing is known about the painter Jorge Oramas, an apprentice barber who did not reach 25 years of age and who left a work that, over the years, is admired and recognized by many connoisseurs and art critics, to the point of starring in an exhibition at the Reina Sofía in Madrid “.

Gil confesses that he has always been obsessed with the life of Oramas and “how he painted in an increasingly luminous way as he approached death. That is what I try to tell in this novel that is situated between Gran Canaria and London, but which, above all, delves into the soul of any human being who faces his own destiny creating where before there was absolutely nothing “.

The Gran Canaria author adds that this novel is dedicated to the memory of Chiqui Castellano Suárez, who was the one who inspired it and who first read it and, of course, to his daughter Isabel.

Of the 124 manuscripts (36 more than in the first edition convened in 2018) submitted to the Benito Pérez Galdós International Novel Prize, 29 came from the Canary Islands and another 75 from different autonomous communities Spanish, while 11 were sent from different foreign countries like Puerto Rico, Argentina, Mexico, Colombia, Guatemala, France, Germany, Ireland and Cuba.

Likewise, the jury decided to award a second prize, without financial endowment, and without implying its publication by the Cabildo de Gran Canaria, as established by the bases of the Prize, for the novel On the banks of the Guiniguada, from Juan Jose Mendoza Torres.

Endowed with 15,000 euros and the publication of the winning text, the second call that Santiago Gil has obtained, recovers a literary contest that was not convened by the Cabildo of Gran Canaria since 1989 and whose list of winners include writers of the stature of JJ Armas Marcelo, Luis León Barreto, Fernando G. Delgado or Emilio González Déniz.

Santiago Gil (Gran Canaria Guide, 1967). Degree in Information Sciences from the Complutense University of Madrid. He has worked in the press, as well as in different communication offices. In the Canary Islands, his journalistic career has been linked to media such as Diario de Las Palmas, LA PROVINCIA, Canarias 7, Canarias Radio la Autonómica or Tiempo de Canarias, among others. He has obtained two second prizes in the Las Palmas de Gran Canaria International Poetry Prize and is the winner of the Esperanza Spínola poetry prize. In all these years, he has been invited as a writer at universities such as the Autonomous University of Mexico, the Polish University of Lodz or the Complutense University of Madrid, which invited him as a speaker last year to the El Escorial summer courses through the Vargas Llosa Chair.

He has published the novels The waste years, In case it dawns and you can’t find me, A man alone and without a shadow, How to make a living from literature, The daily defeats, Alternates, Sitting, Dear wise men, I should be dead, The fate of words, Villa Melpomene, The coast of the absent, Thanks for the time, Two Y Galdós’s great love; short novels The mutiny of Arucas Y The impossible love (ATTK Editores 2020); the book of stories, The park; the books of aphorisms and short stories, No man’s land, Hand luggage Y The cage door, and the books of poems Caleila Times, The Color of Time, One night in June, Trammel, The strange luck Y Matcha tea, the latter published in 2020 in Ediciones La Palma. He has also published a childhood memoir titled Papagüevos music and compilations of opinion articles Psychographies Y Life portrayed.