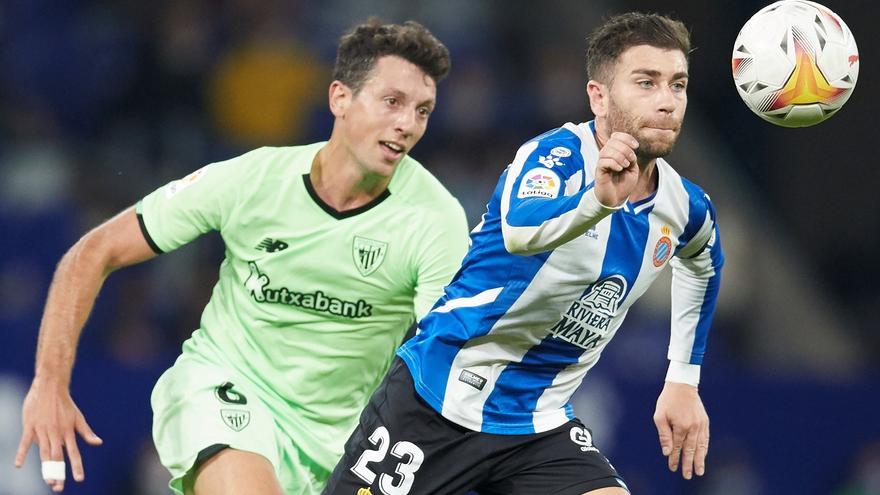 The Espanyol and Athletic signed a 1-1 draw at the RCDE Stadium after Raúl de Tomás took a penalty in the 33rd and Iñaki Williams equalized the score after a counter in the 52nd.

The Basque set showed his teeth before with numerous scoring chances, but he ran into an excellent Diego López throughout the duel and the host’s target improved his game. In the final stretch, RDT saw a direct red card for an alleged attack on Yeray.

The Spanish went to rest with a score of 1-0. A target from Raúl de Tomás from the penalty spot, by a hand from Vesga, dismantled all the previous work of Athletic and culminated the perseverance of the Blue and Whites. The attacker easily beat Unai Simón with a mid-range shot.

Nevertheless, the 1-0 on the scoreboard did not accurately reflect the development of the first half. The Basques did not stop sending notices to the host, starting with a mess in the area that ended with a shot by Muniain in the 13th minute and was saved in extremis by Diego López and Cabrera.

Sancet tried it again in the 23rd with a volley and the Galician goalkeeper had to shine again. The RDT goal calmed Espanyol and from then on local control and confidence grew. Williams had the last chance before the end of this initial part, without success.

In the resumption, Athletic came out with more revolutions and it took seven minutes to tie the game. Lekue beat Aleix Vidal’s back and moved to the baseline to cross the ball. Iñaki Williams did not miss the opportunity and finally surpassed Diego López.

Both teams continued looking for the goal, although minimizing the risks and oxygenating their respective eleven. The rhythm could not stop at the RCDE Stadium: in 70, Diego López again frustrated another from Muniain. And in the next action, Dimata approached Unai Simón dangerously.

In 88, Berenguer had the best chance to counter in this second half. Iñaki Williams crossed from the wing, but his partner, alone in front of the goal, did not define with precision. Diego López pulled out a prodigious hand and thwarted the rival’s second.

The tie did not move, although there was room for more news in the final stretch. Raúl de Tomás saw the direct red card after an alleged attack on Yeray.

Incidents: match corresponding to the eleventh day of LaLiga Santander played at the RCDE Stadium before 16,196 spectators.