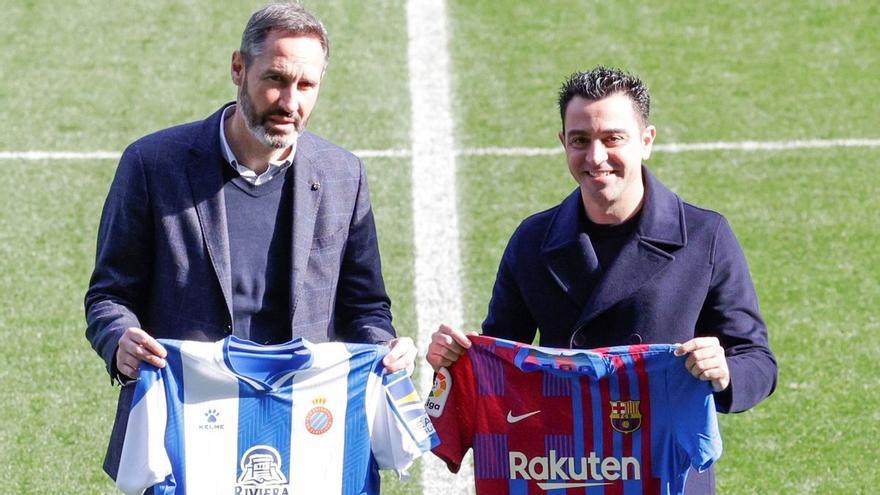 The Spanish receive the Barcelona this Sunday (9:00 p.m. / 8:00 p.m. GMT) at the RCDE Stadiuma match with a great emotional charge that the parakeets face as an antidote to break their bad dynamics and the azulgrana hope to confirm that the triumph of note against the Atletico Madrid (4-2) was not a flash in the pan.

Against Atlético, the team Xavi Hernandez removed the thorn of not having beaten any 'big' team in the current season, entered the area that gives access to the Champions League and he showed that with the new additions he has the resources to offer from now on a balance of results and a game far superior to those of the first half of the course.

The Blue and Whites, on the other hand, have not won since December 31 in LaLiga (against Valencia, 2-1). Since then, the team has signed three losses and one draw and it is, for now, the second worst streak of the season in terms of results and sensations. Beating Barcelona in the derby would be a determining morale boost.

The only bad news for the azulgrana against the 'colchoneros' was the direct red card to Daniel Alves, which has led to a two-game ban after the Appeal Committee rejected Barça's allegations, which will mean that Xavi will have to look for a solution on the right side. Sergio Dest He is the player with the most options to occupy this position from the start.

On the other hand, the azulgrana coach recovers the central Eric Garciawho has not played since January 8, when he was injured against Granada in the femoral biceps of his right leg.

In any case, the inactivity of a month means that they do not have many options to be a starter in the defensive axis, which in principle they will occupy Ronald Araujo and Gerard Pique.

Where Xavi will have more options to choose from will be in the attack zone. Sergio Busquets, Frenkie de Jong, Pablo Páez Gavira 'Gavi, Nico González and Pedro González 'Pedri' the three positions will be played in midfield, although 'Gavi' could also start up front like against Atlético.

The other strikers who are running to start are the signings of the winter market Adama Traoré, Ferran Torres and Pierre-Emerick Aubameyangalthough the latter still lacks some competition pace.

On the other hand, it does not seem that Xavi gives much prominence to a Ousmane Dembele, that in the past day did not even warm up.

Barça's casualties due to injury for the Barcelona derby, in addition to Alves's due to suspension, are those already known from Ansu Fati, Sergi Roberto, Clément Lenglet, Samuel Umtiti and Memphis Depay.

Espanyol's great hope to defeat the eternal rival is the striker Thomas Raul. The attacker is available again after serving a one-match ban and hopes to increase the twelve goals he currently has.

He is the deadliest gunner in the bloc and one of the most decisive in First division. The blue and white coaching staff, as usual, has not revealed details of its approach to the derby.

Still, it wouldn't be a surprise if he repeated part of the tactical board of the first leg at the Camp Nou, a duel in which Espanyol had a remarkable match, despite losing by the minimum (1-0).

On the other hand, the coach, Vicente Moreno, will not be able to count on the right side Oscar Gil, sanctioned for accumulation of yellow cards, nor with the injured Calero and David López.