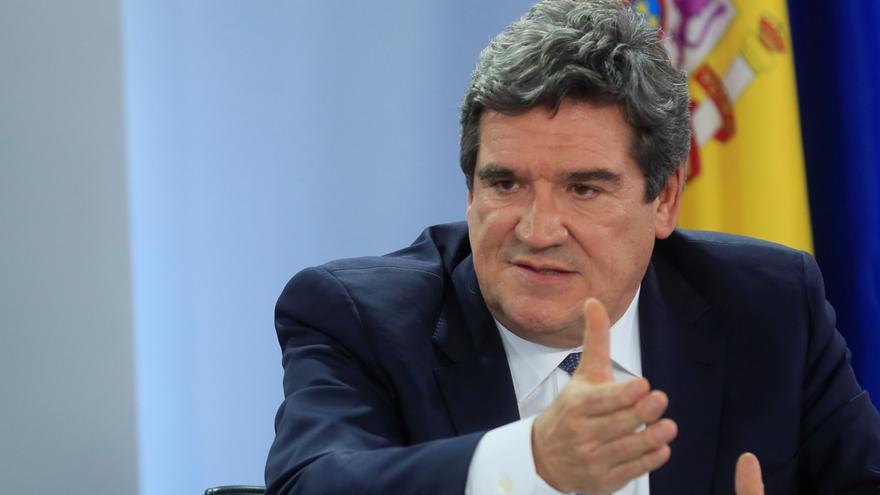 The public pension fund has taken a new step to become a reality after the approval, this Tuesday, of the bill that establishes the creation of this new system, which aims to attract companies, freelancers and public employees to linked pension funds to employment, as a complementary option for saving for retirement.

The Council of Ministers has sent the text to Congress, which will now have to face the parliamentary process before finally being effective in the middle of the year, according to the forecasts of the Executive. To carry it out, the Ministry of Social Security has included some modifications, but has not been able to convince either the employers or the unions.

The department of José Luis Escrivá has focused on two groups to ensure that this new fund has a real effect: the self-employed and civil servants. The inclusion of self-employed workers is the main novelty of this savings system. Until now, they only had access to what is known as the third pillar of retirement savings, individual funds. Now, the Government seeks to accommodate them in the second pillar, the plans linked to employment. To do this, the contribution they can make to private savings is doubled. Until 2021, explains Social Security, they could only contribute 2,000 euros a year. As of the entry into force of the norm, they will be able to contribute 5,750 euros per year.

The Government seeks with this law to create an area within private pension plans called "simplified plans". This is intended to attract SMEs and the self-employed, who until now were completely outside this second pillar and who add up to a large number of employees in Spain. With the text sent to Congress, the procedures to create this fund are reduced, making it easier for it to reach companies and self-employed workers with fewer resources. It will be the self-employed organizations that will promote these plans, to which their members can join. "It is the most innovative part of the plan, reinforcing the professional component of the social protection of self-employed workers," they point out from the Ministry.

Employed workers could already join, through negotiation in the company itself, pension funds linked to employment. But in practice, this type of fund barely covers workers in large companies and, therefore, employees who mostly have a higher salary level. It is a fairly small sector, barely covering 1.9 million workers and that it has half of the assets managed in five Ibex 35 companies: CaixaBank, Endesa, Telefónica, BBVA and Bankia, although the latter is already integrated into the former.

The Government raised from the outset its intention to attract more companies and workers to these vehicles. To do this, it has been approving reductions in tax incentives for individual plans, favoring business plans. From this year only 1,500 euros can be allocated to contributions to individual plans, compared to 8,500 euros for those linked to employment. However, the current design of this public fund has been criticized by employers. They understand that there are not enough incentives for these products.

Neither in the unions does the instrument convince. "It is a measure that does not have practical relevance," said Carlos Bravo, secretary of public policies of the CCOO. "It is a bill that will meet the milestones of the reconstruction plan, which provides one more option for externalizing pension commitments, but which really addresses a nonexistent problem," he says. The Ministry defends that it has already proposed different incentives in the development of the law, such as the option that companies can reduce their Social Security contributions by up to 115 euros for contributions to these second-pillar funds.

The other group for which changes arrive rigged to this new public fund is that of civil servants. The contributions of pension funds for public workers disappeared in a general way in the last financial crisis and it is something that has not been recovered. From the Ministry they recognize that it is an "insistent demand" of the unions. And they point out that there are contacts with the Treasury to recover the lost budget item. "There is nothing concrete yet, but it may be on the near horizon, like the next year," they point out from Social Security. "It is evident that this development is going to take place and it remains to be seen in what terms," ​​they point out.

From the Ministry they consider that the attraction of public workers is one of the relevant aspects of this bill. In fact, the development of this standard will once again include this aspect, which had disappeared in the past, within the collective bargaining between the unions and the administration. The objective that Social Security has indicated on different occasions is to attract public employees from smaller administrations, such as municipalities, which to date had more difficulty attending.

With regard to employees in the private sector, the Ministry has promoted this regulation without the agreement of the social agents. Minutes after the press conference of the Council of Ministers, both the employers of insurance companies, Unespa, and the CCOO union questioned the effectiveness of the standard. "We have tried to be as dialogic as possible," they point out from the Ministry. "Neither have we found very specific proposals on their part," they point out.

Once the parliamentary process is completed, the goal is for the fund to start operating in the summer, always according to the Government's forecasts. The norm establishes that it is the sectoral negotiation that includes the possibility of resorting to these funds for workers. From the Ministry they link it with the labor reform approved by Labor, by "strengthening collective bargaining." In other words, it will no longer depend on whether a company decides to negotiate it with its workers, but rather it will be addressed at the sectoral level. With this, the Government is confident that it can reach SMEs, compared to a system that has fundamentally given priority to large companies.

Once this sectoral agreement goes ahead, it will be necessary to look for which fund to join. It is here where the Government wants the public impulse fund to make a hole in a sector that already exists. How? Social Security trusts that it can compete in price with respect to other funds. This will be done with a limitation of commissions. In the preliminary bill, a limit of 0.3% was set, although in the project that will reach the Cortes that limit disappears. It has been justified in that it is an aspect that must be delimited in a subsequent regulation. But the Ministry maintains that "that is the objective."

Who governs this fund? In the first place, although it is spoken in the singular, it can be multiple vehicles, but all dependent on the same structure. It will have two commissions. The first is the most political, where the Ministry of Social Security is represented, with a majority; Tax authorities; Job; Economic Affairs and Ecological Transition. It will be the promoter or monitoring commission and, among other issues, will have the ability to choose the managers that will deal with these funds. It will also establish the common framework for the investment strategy, which will be reviewed every three years.

The second structure incorporates the social agents. This control commission will have five representatives from Social Security, four from the unions and another four from the employers' association. Initially, the Government maintained control of this body with nine representatives. This has been corrected during the negotiation with the social partners, although a global agreement has not been reached in the end. This commission will carry out the continuous supervision of the fund and may propose the replacement of the manager.

And why choose a public fund and not the private ones that already exist? The Government answers this question with two reasons. The first is governance. From the Ministry they trust that the fact of being driven by the public sector will provide greater confidence to these vehicles for workers. In addition, sustainable investment objectives are set, which will be designed by the Executive itself in the promotion commission. The second reason given by the Escrivá department is that it is confident that it can offer a lower cost than other vehicles, making it more attractive. In addition, they defend from the Ministry, "in a natural way" these funds linked to employment will be cemented as a method to "loyalty" to workers in companies.