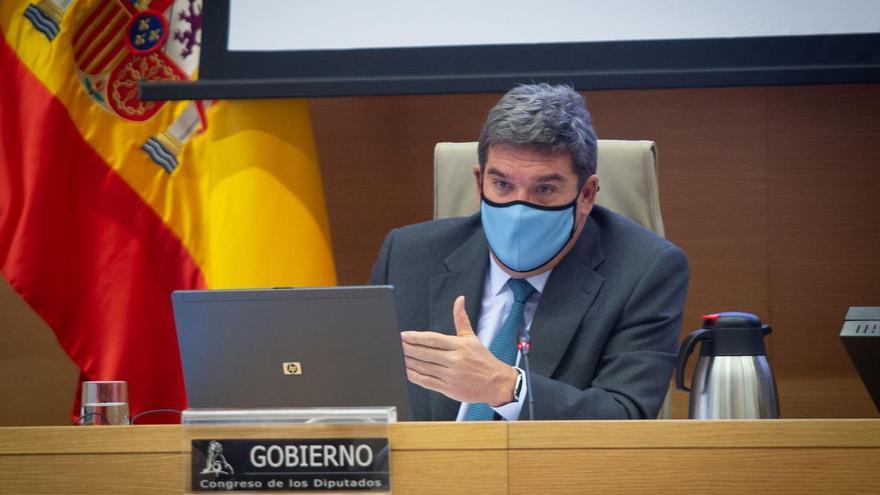 The Ministry of Inclusion, Social Security and Migration has detailed the “guidelines” for the future reform of the reception system for applicants for international protection. Within the framework of the promised amendment to the Asylum Law, the Government intends to increase the powers of the autonomous communities, through a mechanism for distributing applicants. It also seeks to “be more selective” in the provision of aid from the asylum system to focus on the “most vulnerable” applicants and those from countries with higher recognition rates, as detailed by José Luis Escrivá in his appearance at the Congress of the Deputies.

“Most of the people who request asylum and who are in our reception system see their application denied after time. The current situation leads us to think that it is essential to reconsider the model,” said the minister, who sets the objective “guarantee sufficient attention” to all applicants for international protection admitted to the territory who lack financial means, abolish current waiting lists and comply with the State’s obligation to attend to all persons with the right to reception.

In the last four years, the demands for international protection have multiplied by 10, mainly due to the increase in arrivals by airports of applicants from Latin America. Escrivá has acknowledged that the increase in the number of reception places by his cabinet “has not been enough”, since about 8,000 people are still waiting to access the state network. According to their data, “Spain is one of the European countries in which there is a greater gap between the numbers of asylum seekers and the reception capacity.”

The new reception model is committed to increasing the competition of the autonomous communities in the reception of applicants for protection, for which Escrivá wants to promote a system of territorial distribution of applicants based on objective parameters, such as quotas. At the moment, the Ministry is in negotiations with different regional governments to jointly design this new model.

“We are working with them on their willingness to assume the provisions of various judgments in such a way that we all find a model for the distribution of quotas that is as efficient as possible,” said the head of Inclusion.

Another key to the reform is committed to a more “selective” model for the provision of aid to asylum seekers, which is why a system of “objective indicators” will be created that combine vulnerability estimates and the percentage of acceptance of the Asylum requests based on the applicant’s nationality. The Ministry seeks that this mechanism allows “directing applicants to a sufficient or reinforced reception based on the scale in said system of indicators.”

“We have to rationalize benefits and be more selective, in such a way that we focus on international protection in those most vulnerable and with the highest recognition rate,” Escrivá has defended.

The Ministry also intends to increase the participation of the State in the reception processes, since at the moment most of the centers are managed by non-governmental organizations through agreements with the Executive: “We rely excessively on NGOs and we think we should have greater capacities “, added the minister. Currently, the Government participates directly in 3% of the reception resources and its objective is to manage 33% of these.

To analyze the new model and receive technical advice, Migrations has requested an evaluation of the European Asylum Support Office (EASO), which has already started and will last for six weeks, when they will present a report that will include an action plan agreed with the Ministry that will outline the steps to be followed over the next three years. To address the comprehensive reform of the reception model, the Government has requested funding from the European Fund for Reconstruction and Development.

Regarding the arrivals of people in boats to the Spanish coasts, the minister has recognized the insufficiency of the reception places available, especially in the Canary Islands, which have experienced the reactivation of the migratory flow since 2019 to receive 35% of the all entries by coast. “Due to this increase we have found a problem in emergency care in the Canary Islands,” said the minister, who assures that the reception system of the islands was not prepared for the migratory peak registered this year. According to their data, 73% of the 3,450 emergency places that Spain currently has are in the Canary Islands. Given the insufficiency of these places, the Government has temporarily added hotel establishments that were empty due to the health crisis.

However, the organizations on which the reception depends on the Canary Islands request the Government a stable network of reception migration centers. In this sense, the Ministry has for the moment set up its own center of the Secretariat of State for Migration (Casa de Madres) and has finalized the transfer process for the León School in Las Palmas (400 places). As the minister has indicated, his department is evaluating “40 potential reception resources”, of which 19 belong to the SAREB; and “several Ministry of Defense locations have been unsuccessfully explored.”