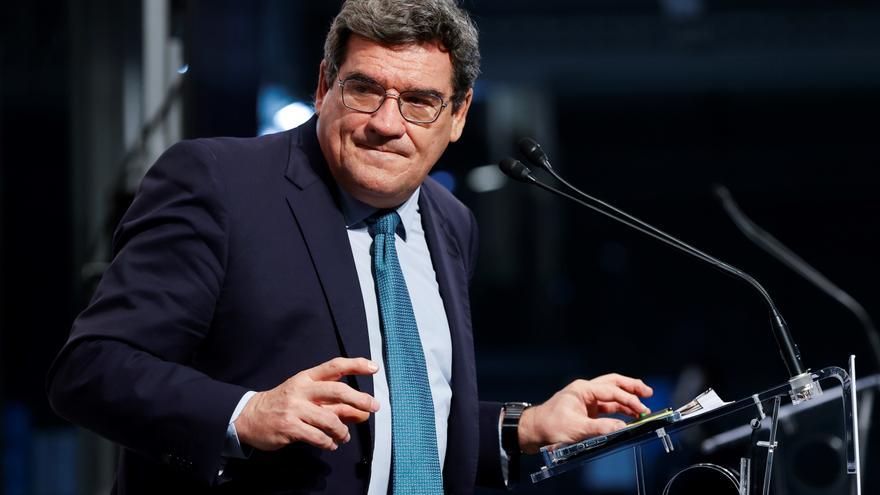 Almost two million workers have been sick due to COVID in this sixth wave of the pandemic, which has registered an outbreak of cases due to the omicron variant. The Minister of Social Security, José Luis Escrivá, has reported this Friday on the data, which was unknown to date, of the accumulated number of COVID casualties registered for the moment in the last wave of the virus in Spain, which includes infected people but also those who have had to keep isolation.

"Approximately, in the case of Asturias and also at the national level, the level of COVID casualties is around 10% of the entire set of Security affiliates," the minister replied at a press conference in Asturias. 10% of the total number of workers is 1.98 million people.

As Social Security sources confirm to elDiario.es, the data accumulated throughout the sixth wave would be almost two million workers on sick leave due to temporary disability due to COVID, which includes infected people and those who have had to save quarantine. This last option is less and less numerous, since Health has restricted this measure to unvaccinated people, even in the case of the omicron variant since last December 21 (for which quarantine was ordered for a few weeks).

The minister did not want to give specific data on casualties, nor did they provide it from the Ministry as a result of his statements this Friday, since they insist that the data on casualties due to temporary disability are usually somewhat delayed and are not yet definitive. .

In any case, this figure is more in line with the explosion of infections registered by the omicron variant in Spain in the last month, which was not yet reflected in the first provisional data offered by the Ministry on January 4. At the insistence of the media, Social Security reported the provisional data on COVID casualties until December 23, of a total of 240,011 casualtieswhich was triple the number of the previous month, but seemed a very small number in view of the continuous increase in positive cases.

Finally, the data that Social Security has been collecting indicates that the incidence of sick leave has been much higher. At the moment, it has reached around two million working people, according to the latest data.

The Minister of Social Security has specified that the number of workers on sick leave due to COVID is being reduced. "What happens is that they are already declining (the sick workers), according to the data of recent days, that the maximums have already been reached and we are at the bottom," he replied.

José Luis Escrivá has pointed out that, "due to previous experiences", the number of sick leave processes due to COVID drops rapidly, "activity recovers quickly".

Faced with the barrage of infections, the Autonomous Communities had to improvise mechanisms to manage casualties given the saturation of Primary Care. "We no longer do primary care, we do what we can", they denounced in this report your professionals.

In recent days, the Communities have begun to articulate simultaneous discharges and discharges of seven days to reduce the procedures that the toilets have to carry out. In the event that infected people continue to have symptoms after that period, they must notify it in order to access the extended sick leave.