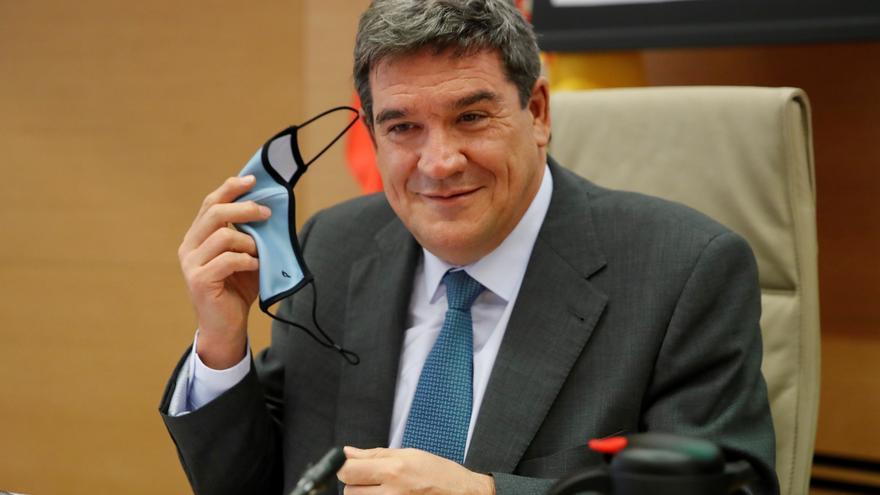 The Government will present in the coming days its plan to link the self-employed contribution system to their real income, as stated by the Minister of Inclusion, Social Security and Migration, José Luis Escrivá, with a meeting with the groups of self-employed workers own to be held predictably “this week.” Escrivá has not advanced details about the reform, but has assured this Wednesday that, according to the calculations handled by the Ministry, “the number of self-employed who will contribute less widely exceeds those who will contribute more.”

Now, the self-employed groups have been divided: ATA, a self-employed organization part of the CEOE employers’ association, has positioned itself against approving the reform at this time of a pandemic, while the progressive associations UATAE and UPTA celebrate the move.

Minister Escrivá has affirmed that the Social Security has already “made the crosses with the Tax Agency” and has obtained “a good photograph” to approve the reform towards the contribution based on the real income of the workers through “a very gradual system “, which will be presented to the self-employed groups in the coming days. The gradual transition would be applied in two aspects: “By type of self-employed, in the first place, and also in the temporal sequence of how we are deploying it,” he pointed out. Escrivá has trusted in being able to reach an agreement with the representatives of the self-employed: “I am convinced, what we are proposing is very sensible and is in their benefit.”

The person in charge of the Social Security has not wanted to offer details of the reform until it does not present it first to ATA, UPTA and UATAE, but has advanced that “the number of self-employed who are going to contribute less widely exceeds those who are going to contribute more “. José Luis Escrivá recalled that contributing more implies greater social benefits, as the pandemic has shown with the extraordinary aid for ‘unemployment’ due to cessation of activity. “Contributing for the minimum takes you to the minimum pension,” he added.

Contrary to what happens with salaried employees, the self-employed can choose their contribution base to Social Security and 85% contribute the minimum, according to 2019 data. This year, the minimum base is set at 944.40 euros As in the past, although there are some different minimums, for example, for self-employed workers over 48 years old, it is 1,018.50 euros. This causes that there are freelancers with very little income who have a hard time paying their quota (the minimum amount is 286.15 euros per month, which results from applying the contribution rate to the base) while others with higher income are contributing for a very limited part regarding your earnings.

500,000 households with the minimum vital income at the end of the year

The minister has also explained other policies of his Ministry (affiliation, ERTE, migrations, inclusion), where he has once again provided data on the deployment of the minimum vital income. The new guaranteed income at the state level is reaching households more slowly than the minister had calculated, but he trusts that the changes approved by the Executive in the last two Councils of Ministers will greatly accelerate the recognition from now on .

In September, almost 91,000 households received the minimum vital income (IMV), after having managed a total of 320,000 files, approximately “a third” of the total million that Social Security has on the table. The minister has stated that the October payment will be paid in the coming days and is confident that the benefit will reach about “135.00 households”, “which means that the minimum vital income will reach more than 500,000 people just over three months later. of its implementation “, highlights the Social Security in a note. However, the minister had stated that he expected aid to reach 150,000 households by the end of September.

With the relevant changes approved in the last Councils of Ministers on the IMV – such as the extension of retroactive payment and processing times as well as the new definitions of household, single-parent family, common-law couples and other groups of beneficiaries-, the minister has drawn new expectations in the deployment of aid: by the end of the year, he expects the minimum income to reach around 500,000 households. This would suppose a level of recognition of 50% of the people who have requested it, so that another 500,000 households that requested it (or will request it before the end of the year) would be excluded from the aid for not meeting the requirements for it .

As of January, Escrivá has explained that a new, more detailed analysis will be carried out of how the benefit has worked, so that it can reach groups that are not requesting it despite having the right to it or who are having access due to bureaucratic problems or management. Escrivá has also trusted to approve before the end of the year the regulations on the minimum vital income that are still pending, which must establish the fine print of integration, social and labor integration policies of this state minimum income policy.

Regarding the pension reform, the minister has once again expressed his hope that the Toledo Pact Commission will “very soon” reach a consensus on its recommendations so that his Ministry can implement the measures in this regard. For the Budgets of this 2021, the minister has pointed out that part of the transfer of the so-called “improper expenses” of Social Security will already be applied to the whole of the State, which it intends to complete before 2023, and hopes that the new mechanism can be approved of revaluation of pensions. Escrivá has added that he plans to include the pension reform in the National Recovery Plan that the Government will present to the European Union, in order to receive funds to face the Covid crisis.