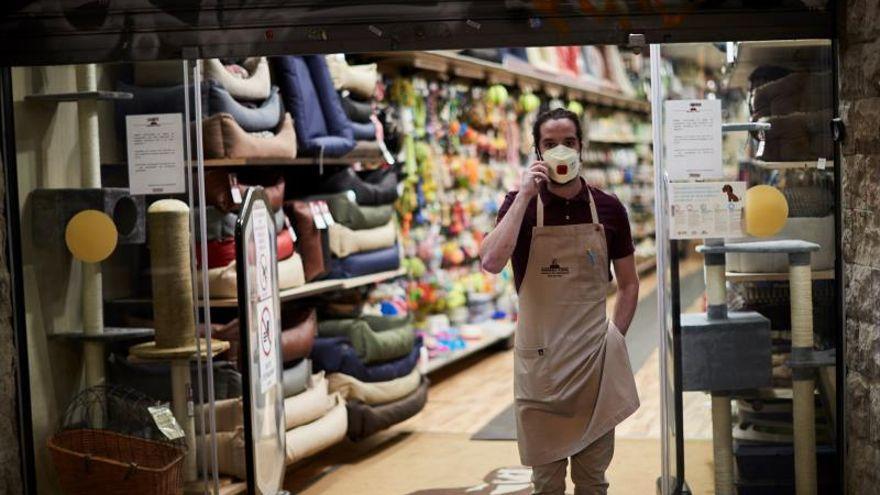 The pandemic was an unprecedented upheaval, sending the economy tumbling like never before. The country stopped almost completely, except where it was essential, and for months many activities remained severely restricted. Now, imagine this scenario without ERTE, the main tool for protecting employment and companies during the crisis. A group of researchers has just published a study for Caixabank Research in which they highlight the "extremely important role" that ERTEs and social protection played in preventing an unprecedented increase in inequality.

"Is the economic recovery reaching all pockets?" Asks the investigation, which has been published by the research department of the bank in your monthly report for October. The main researcher of the study, Oriol Aspachs, spread a brief note on his social networks: "This time it seems so."

With the premise that "the recovery of activity is finally a palpable reality" that is already reflected in various economic indicators, such as improving employment to pre-pandemic levels, the researchers set out to address whether "it is reaching everyone" through income inequality data. In the absence of official statistics in this regard, which are not yet available, economists measure the income gap thanks to information on more than 3 million payrolls domiciled at CaixaBank. These data include wage earners and the unemployed, but have not included pensioners and the self-employed for the report.

The past financial crisis is a clear example of how the increase in employment and GDP is not necessarily always reflected in an improvement for all layers of society. The Great Recession brought with it a significant increase in inequality and, when macroeconomic indicators began to improve since 2014, it took years for it to decline, and it did so very slowly. In fact, the pandemic broke out in 2020 and the levels of inequality (measured with the Gini indicator) had not managed to return to pre-crisis levels, as the following graph from the study shows.

What has happened in the COVID-19 crisis? The study shows a huge increase in inequality (of 10 points between the months of February and April), in the face of an also unprecedented collapse of the economy. But this time there are two important developments with respect to the past recession: inequality has been much more cushioned by public protection, as illustrated by the Gini-post indicator in the following graph, and it is also decreasing much faster.

One year after the outbreak of the pandemic, inequality is still greater than it was before the health emergency, the researchers warn, but it has declined much faster than in the past decade, when it took years to reduce the gap in like terms.

It should be remembered that NGOs such as Oxfam Intermon warned in the midst of the pandemic that COVID was also a "virus of inequality", since the contagions impacted more in poorer neighborhoods and the resulting crisis was hurting the economy of those who had less.

A recent study of the economists Mónica Martínez-Bravo (CEMFI) and Carlos Sanz (Bank of Spain) put figures on the latter: the pandemic plummeted the income of those who had less compared to the rest. Specifically, four times more, from 7% to 28% between the richest and poorest 20% of the population, respectively.

The economists responsible for the Caixabank Research study conclude that several elements can already be identified that prevented inequality from increasing much more in this pandemic.

"The actions of the Public Administrations played a very important role in this crisis. In the harshest months of the pandemic, April and May of last year, unemployment benefits and, above all, the transfers made to workers who were in ERTE cushioned 80% of the increase in wage inequality ", reads the report. During the last months, "public transfers still compensated about 56% of the increase in wage inequality," he adds.

The research also defends that employment is "the most important factor in reducing inequality" in Spain, both in this crisis and in the financial one. Given that the recovery of jobs lost to the pandemic is being quite rapid and that ERTEs "hibernated" many positions protecting their workers, inequality has not escalated as much as it could have and is decreasing more quickly.

Not all is done, far from it. Inequality, which was already high in Spain, is still higher than before the pandemic and social organizations warn that poverty has increased on the side of the most vulnerable, according to the social emergency situations they attend.

"Improving the employability of workers so that no one is left behind as well as increasing their 'intensity' in employment are the key tools so that the increase in inequality does not become a permanent scar from the pandemic," the report recommends.