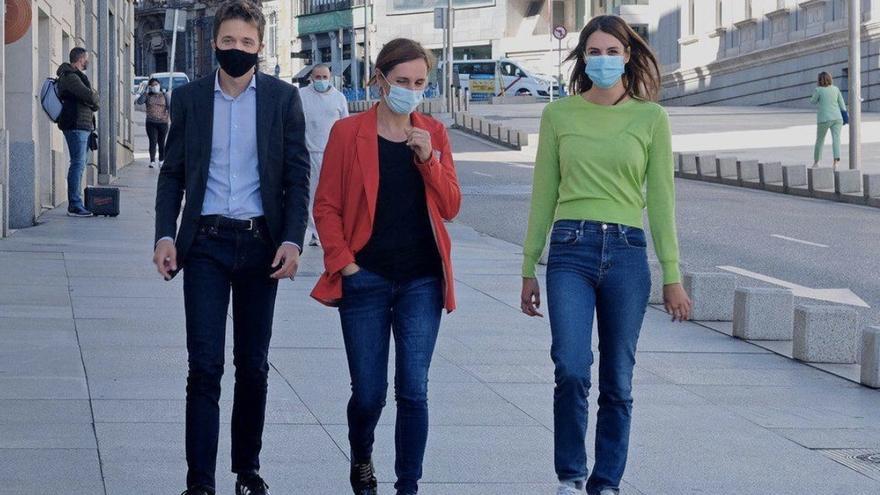 More Country is again More Madrid in the party registry of the Ministry of the Interior. The name with which Íñigo Errejón attended the general elections of November 10, 2019, disappears as a political party to recover its original name. Training sources assure elDiario.es that Más País was only “the electoral platform that was set up to attend specific national elections.” This step represents a retreat after the state candidacy that Errejón led a year ago and that only achieved two deputies for Madrid.

“Más Madrid has always been an autonomous project. When it was decided to bet on Más País, to present the candidacy, it was necessary to do so as a state-wide political party and that is why the change was made temporarily. Now what has been done is return to the point of origin “, add these same sources.

The training ensures that Más Madrid has “its scope in Madrid” and over time “will decide what relationship to establish with the national scope or other territories”. The name change is attributed to “a technical issue.” “Más Madrid is a party with its organs, its councilors, deputies, etc. Más País was the electoral platform that was established to attend specific national elections,” they insist.

Last summer the primaries were held to form the regional direction of Más Madrid in the Community and in the capital. The deputy Mónica García led the regional candidacy under the name ‘Madrid Deserves More’ which came out as the winner for the process of forming the bodies, while the councilor Rita Maestre led it for the city of Madrid.

From the party they point out that it was in the More Madrid Congress held this summer when the change of name that occurred a few days ago was decided, in order to “prioritize the regional project”. In said Congress, the organic leadership of the party was elected at the regional and municipal level for the Community and the capital. The deputy Mónica García led the regional candidacy under the name ‘Madrid Deserves More’ which was the winner for the process of forming the bodies, while the councilor Rita Maestre led it for the city of Madrid.

At an organic level within the autonomous formation, therefore, Errejón has no representation of any kind and its role is relegated to that of “spokesperson at the state level”. “Íñigo Errejón has an institutional role in the Congress of Deputies,” explain different sources that, although they assure that now the training is focused on regional development, they do not rule out a state project in the future.

What happens with the internal processes in the rest of the territories in which Más País attended the general elections? In places like Andalusia, the people who attended the general elections under the acronym Más País have started their own constituent processes. From the formation that Mónica García and Rita Maestre now lead at the regional level, they explain that these are projects “outside” of Más Madrid and that they are being developed with total “independence” from the Madrid party. These same sources assure that it will be in the future, when there is a new general election on the horizon, when it is decided if the union will occur again.