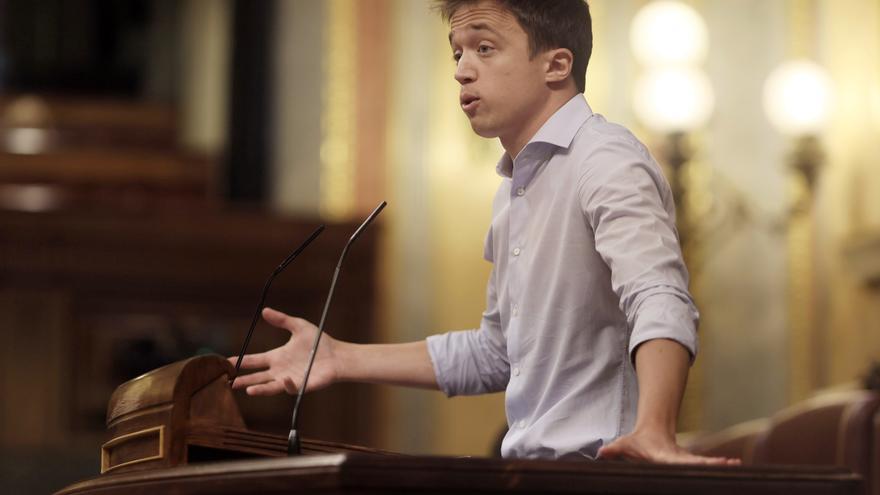 More Country has been trying since 2019 to establish itself as the green alternative in Spain, in the style of what other parties in European countries such as Germany have done, and which has given them such good results. In that struggle, the fishing ground for ecological votes is at stake with United We Can, but now it has been presented with a golden opportunity to set its own profile with the expansion of the El Prat Airport announced by the Government this week.

That agreement involves an investment of 1.7 billion, as detailed by the Government spokesperson, Isabel Rodríguez, in a press conference last Monday. That day a bilateral commission had been convened between the Government and Catalonia, but this agreement was closed earlier, in a secret meeting between the Catalan vice president, Jordi Puigneró, the Minister of Transport, Raquel Sánchez, and the president of Aena, Maurici Lucena.

Later, at a press conference, some details were given, although not all. The investment will cause the creation of 83,000 direct jobs and 365,000 indirect jobs, according to the government’s estimate. But it was not clarified how the extension of the track demanded by the Catalan Government will be carried out. The magnitude of the work and the impact on the surrounding natural area, the La Ricarda lagoon, will be defined in an urban master plan yet to be drawn up.

Errejón was quick to criticize the agreement. On his Twitter, he described it as “green posturing and destruction of the territory.” He revealed that a few weeks ago his group had presented the Government with a written question, still unanswered, about how this expansion fits with the recent approval of the Climate Change Law.

The truth is that the agreement to grow El Prat and the investment in Barajas airport (another 1,600 million) represent a commitment to a sector whose greenhouse gas emissions that cause climate change grew by 30% in just six years . Plans contrast with the climate emergency declaration approved in January 2020 or with the commitments for European funds, of which 6,000 million will go to promote sustainable mobility.

The leader of Más País has insisted on the criticism, accusing the Government of wanting to bet on the economy of the “big ball”, to the detriment of innovation and the ecological transition. The Government, for its part, insists on the message that the expansion of the airport will respect the environmental sustainability of the area, especially protected, and has regretted that the opposition “is not happy about the progress of this country.”

The work of El Prat is not the only episode for which Errejón has charged against the Government these days. His latest criticism has come as a result of the designation of the Prado Recoletos Axis as a Unesco World Heritage Site. Tide has revealed that the Spanish ambassador, Andrés Perelló, negotiated with Australia to get their vote in favor, in exchange for Spain not supporting the protection of the great barrier reef.

Íñigo Errejón’s electoral brand after leaving Podemos has been trying for a long time to become the green benchmark of the political space. One of the steps in that direction was the alliance with Equo, until then we were partners of Podemos. The decision of the rank and file of the environmental party was clear, but left the leadership behind: the founder, Juan López de Uralde, left the formation along with other leaders.

That was another of the episodes of the dispute for the ecologist vote between the two parties to the left of the PSOE. Months later, Uralde created a new formation, Alianza Verde, integrated within Unidos Podemos and with the main objective of making political environmentalism “a core element within the coalition.”

That battle that began with the Equo schism in September 2019 has continued to this day. Only a few months ago, Errejón insisted on his intention for Más País to establish itself in “a wide space as a green force at the state level.” And he did not hide that his referents are the European green parties, such as the German, decisive to form regional governments and well positioned for the elections next September.

The success of Más Madrid in the elections of May 4, becoming the leaders of the opposition to Isabel Díaz Ayuso ahead of the PSOE, has led them to deepen this line. Más País and Equo have already incorporated the name “green” to their name as a parliamentary group while signing a document on climate and sustainability commitments.

In parallel, Errejón’s party started after the elections a path of territorial alliances at a slow pace, to extend the implementation of the training to other territories, which had already started with forces such as Compromís or the Chunta Aragonesista. He even commented on the possibility of allying with Adelante Andalucía, which until a while ago had been the brand of Podemos in that community. In other territories such as Murcia, the party had already caught dissidents from the purple formation.

More Country has seen in the fall of the PSOE in Madrid, its success in those elections and in the withdrawal of Pablo Iglesias the opportunity to gain a foothold on the left with environmentalism as a political banner. It is a battle that he will fight with United We Can, but with a slight advantage. More Country supports the Government only as a parliamentary partner, while Ione Belarra’s party is embedded in the Executive.

The secretary general of Podemos and the Minister of Social Rights has not commented on the decision, but members of the party who do not hold positions in the Government, such as Uralde himself, have. “Expanding El Prat is not a correct decision. We are facing a climate emergency and the Climate Change Law must affect all sectors. We cannot make policies against those decisions, “he said in an interview on Ser.

The leaders of Podemos now have to unite the positions of the party and those of the Government on this investment, aware that in decisions like this they are going to play the environmental vote with More Country.