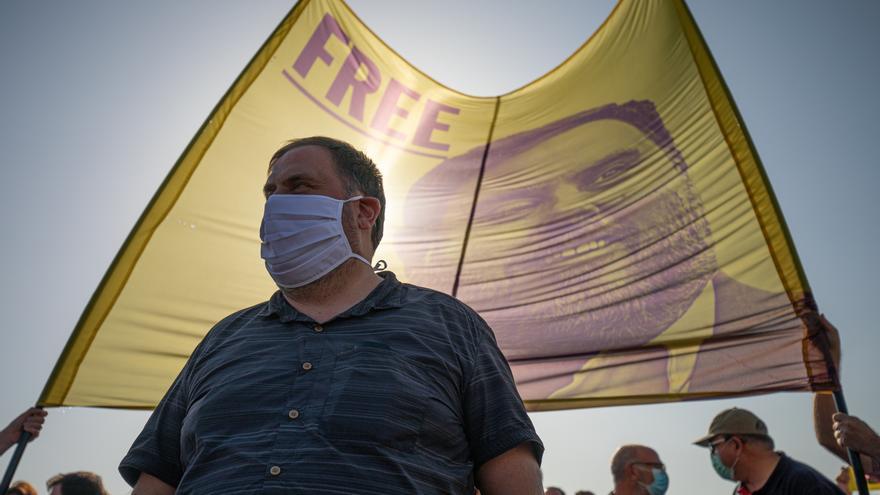 ERC continues to gather the consensus of the polls as the party that would arrive first in the race for the Catalan elections on February 14. The poll by the Center d’Estudis d’Opinió (CEO) of the Generalitat published this Friday affirms that Republicans could obtain between 36 and 37 seats, surpassing Junts, which would obtain between 28 and 30 deputies, a setback of between 4 and 6 with respect to the previous ones.

Unlike what happened with the CIS known this Thursday, the CEO survey places the PSC in third position, with between 22 and 23 seats in the Chamber. Those of Miquel Iceta increase their representation compared to the 17 obtained three years ago, but not enough to surpass the two main independence brands.

Worse data is obtained by Ciudadanos, for which polls continue to predict a plummet. The formation goes from being the first party to the fourth, and obtains between 13 and 14 seats.

At the bottom of the table, Catalunya en Comú remains at its current range, with between 7 and 9 seats. The formation of the ‘comuns’ will compete for the fifth position with a rising PP, which would obtain between 8 and 9 representatives.

Like other recent polls, the CEO also predicts the emergence of Vox in the Parliament, which could enter with between 7 and 8 seats. The CUP also improves, between 6 and 8, while the PDeCAT could obtain at most one deputy, but also remain at the doors of the Chamber.

Overall, the independence movement would improve its results compared to the December 2017 elections, with a range between 70 and 76 deputies, clearly above the 68 of the absolute majority. In addition, for the first time the supporters of secession would exceed 50% of the votes, adding to the PDeCAT. Despite these electoral results, the preference for independence in a hypothetical referendum continues to decline compared to the data collected a few years ago, and only convinces 43.6% of Catalans, against 49% who would vote no to the separation.