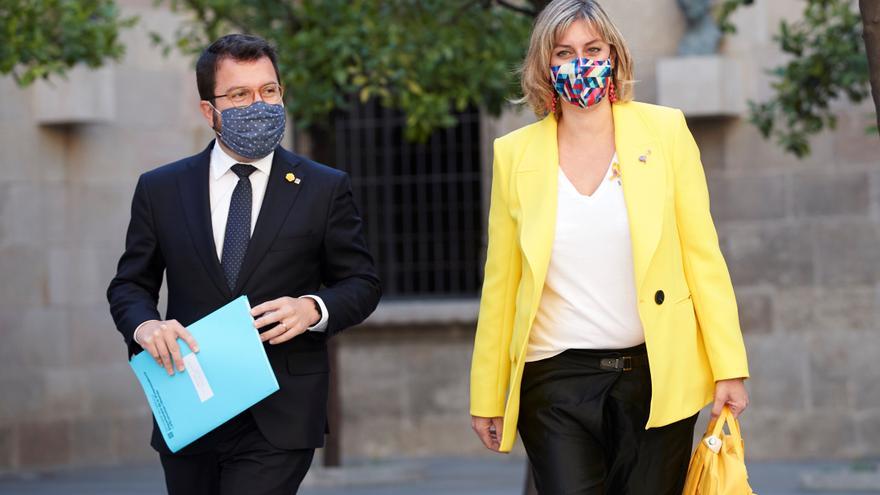 ERC already has the list with which it will participate in the Catalan elections on February 14. Among the most prominent positions there will be up to five councilors of the current Government of the Generalitat, in addition to the vice president and Pere Aragonès, who heads the republican list.

In the starting positions to enter the Parliament, where the formation today has 32 seats, stand out the head of Health, Alba Vergés, and that of Labor, Chakir El Homrani, of numbers 6 and 9 respectively. Both have played a leading role in the management of the pandemic, with harsh criticism of the latter for the management of residences and aid for the self-employed.

The other three consellers included in the candidacy are Justice, Ester Capella, number 8 for Barcelona; that of Agriculture, Teresa Jordà, number 1 for Girona; and the Foreign Office, Bernat Solé, number 2 for Lleida. Until now, the names that were known were Aragonès, at the top of the list, followed by Laura Vilagrà, former mayor of Santpedor, and the current president of the Parliament, Roger Torrent.

In his speech, Aragonès has defended that the ERC lists make up a “choral team that represents ERC’s way of seeing politics: that leadership is shared and that what matters is the Republican team and values”. The candidacy has been endorsed this Saturday by the National Council of the party.

Among others, the most relevant names are current deputies for Barcelona such as Najat Driouech (4), Jenn Díaz (10) or Ruben Wagensberg (13). The list for Girona will be headed by Jordà and will have the current spokesperson Sergi Sabrià as number two; the one from Lleida, Marta Vilalta, and the one from Tarragona, Raquel Sans.

The current leader of ERC in Barcelona, ​​Ernest Maragall (7 for Barcelona) and those investigated by 1-O Josep Maria Jové (5 for Barcelona) and Lluís Salvadó (2 for Tarragona) will also be part of the lists. The latter had a file opened by the party for his macho comments in private conversations that emerged during the investigation process.