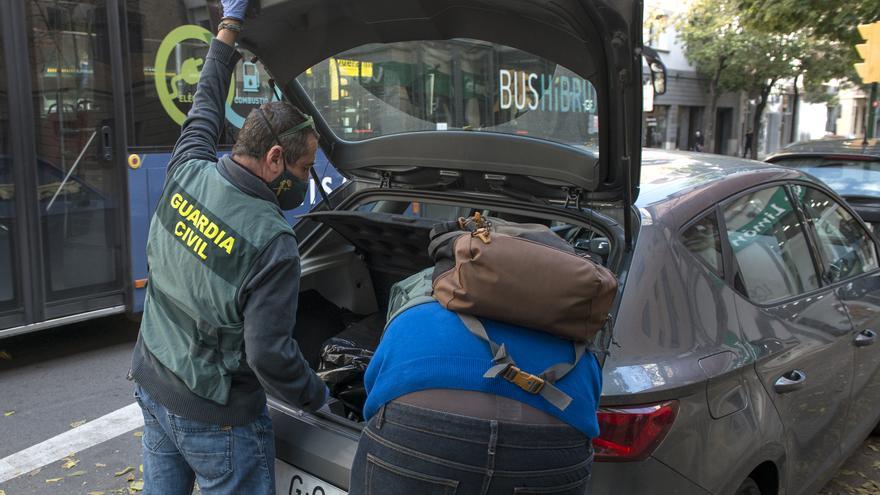 ERC has decided to expel the deputy mayor and councilor for urban planning of Cabrera de Mar, Enric Mir, from the militancy and require his act in the municipality, after the Civil Guard will find in his office last week 40,000 euros in cash. The formation affirms in a communiqué that the handling of the sum of banknotes “is not related” to the management with his performance as a militant or councilor and “obeys a behavior of the private sphere” of the investigated. However, they affirm that this behavior “is completely incompatible with the party” for which they have opened a file.

The discovery of the cash took place on Wednesday of last week, within the framework of the operation directed by the court number 1 of instruction of Barcelona that investigates, among other matters, the possible diversion of public money to defray expenses of Carles Puigdemont abroad. One of the threads that the judge follows is an alleged requalification of land in the municipality of Cabrera, which could affect an area corresponding to the Villa Bugatti establishment, operated by the also investigated businessman Xavier Vendrell, former clerk of ERC.

According to the investigations, Vendrell would have used his influence to achieve an urban “hit” with those lands, which also would lack a license for the hotel and catering activities that he carried out, according to the judicial summary reports. Last February the plenary session of the Barcelona town gave the green light to the modification of the Municipal Urban Planning Plan (POUM) that has to do with the sector where Villa Bugatti is located and where a school was planned, which would have made the price from the ground to bend.

“In reference to the police records carried out,” says Esquerra, “it has been confirmed that there has been no crime, irregularity or favorable treatment in urban management.” In addition, the pro-independence formation maintains that the money found had no relation to the accusations of prevarication that are imputed to Mir, and recalls that his account of the events coincides with that stated by the Cabrera City Council in a statement last Friday .

From the consistory they defend that the modification of the POUM related to Villa Bugatti has all the technical reports and the approval of the intervention and the secretariat of the City Council. They also indicate that the initiative went ahead in the plenary session practically with unanimity, with 9 votes in favor and two abstentions. This week the Regional Minister of Territory, Damià Calvet, also assured that the requalification of the Cabrera de Mar land on which the school center is to be built had been done following the “ordinary urban planning procedure” and therefore under the supervision of the area that he directs.