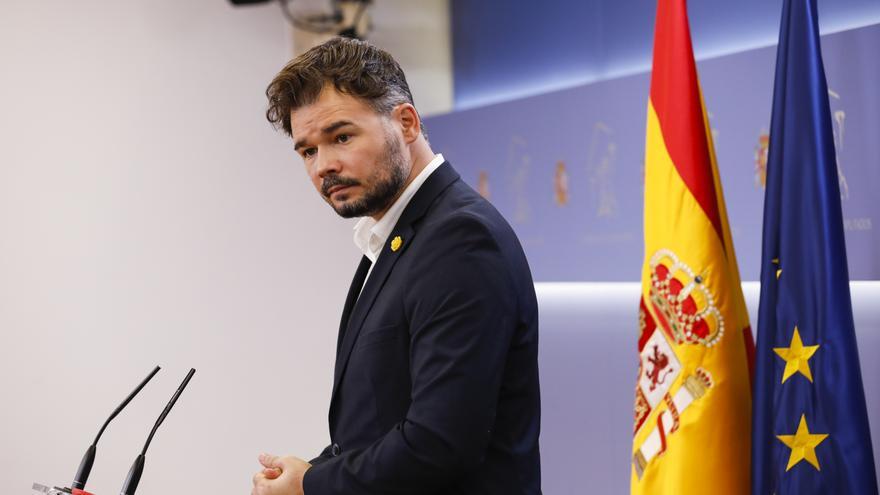 There will be General State Budgets for 2021. ERC spokesman Gabriel Rufián announced this Tuesday that his group will support the public accounts for next year. His 13 votes are added to the six of the PNV, which also ratified this morning its position in the votes that will be held throughout this month in Congress and the Senate. With the five of EH Bildu, whose final favorable position must ratify their bases this Thursday, the coalition Government of PSOE and United We can guarantee an absolute majority that will allow them to approve the first Budgets since 2018 and the stability of the legislature.

This was announced by ERC spokesperson, Gabriel Rufián, at a press conference in Congress. “This is not a round to announce a closed agreement, but rather to announce a pre-agreement to the PGE with the Government,” said Rufián, who has defended that the almost guaranteed support for the 2021 accounts does not make his party “less than left “or” less independentista “. Nor, he said, ERC gives up “their dreams.” But, he said, it is necessary to attend “the meantime.” “There is very little room for magic today,” he pointed out.

Rufián has ensured that the preliminary agreement will have to be ratified by the ERC bodies and has shelled out some of the points agreed with the Government: the extension of the moratorium on Social Security contributions for self-employed workers until March 2021, extendable quarterly ; the creation of a bilateral committee for a total, fair and progressive tax reform, and of a specific working group for the reform of the tax on large fortunes and to end the dumping Madrid fiscal, with tax haven de facto that the right has been mounted; and pay off the debt of the Ministry of Education with the Generalitat in the management of scholarships and study aid since 2005.

The ERC spokesperson has indicated a fourth point, “the most important”, is the end of financial control by the State to Genteralitat as a result of the application in 2017 of article 155 of the Constitution. The first government of Pedro Sánchez had already lifted the control over income, but the one regarding expenses was pending. “This preliminary agreement ends with the tutelage of the Ministries of Finance to the Generalitat”, he concluded.