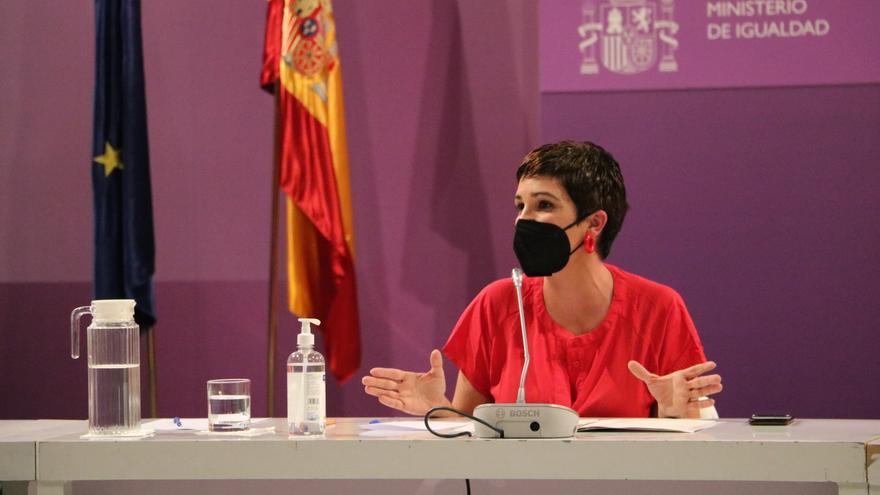 Reforming the Abortion Law is the first objective that has been set on the agenda by the Institute of Women, dependent on the Ministry of Equality, in this new stage with Antonia Morillas to the front in substitution of Beatriz Gimeno. Announced by Irene Montero a few months ago, the rule, whose modification is in the agreement for the coalition government, will allow 16 and 17-year-old girls to abort without parental consent, and will thus reverse the change that the PP promoted in 2015. But in addition, Equality plans to incorporate obstetric violence, which occurs at the time of childbirth, into the law “as a form of violence against women.” This was explained by Morillas, head of feminism at IU Andalucía, shortly before taking office.

As the new director has pointed out, the idea is that the norm includes a specific title “in which violence in the field of sexual and reproductive rights is addressed,” among them, “recognition” of the obstetrician, she added without detail what implications it will have. “The first step is to recognize it,” she said about a type of abuse during childbirth that the WHO has repeatedly asked countries to tackle. “There are practices that are routine like episiotomy [incisión en el perineo] that are not always justified. The line will be to move towards a delivery that we can freely decide. ”

Also the norm, as Equality had already advanced, will consider surrogacy “as a form of reproductive exploitation”, a practice that is prohibited in Spain but to which there are people who access in other countries. As a first step, the Women’s Institute, through the Women’s Image Observatory, will begin to work on an initiative “to identify the agendas that advertise” surrogacy and that serve as intermediaries between the Spanish citizens and clinics abroad. “The objective is that this form of reproductive exploitation is not de facto legalized in our country,” according to Morillas.

End of displacements to abort

These and other issues are part of the agenda for the protection of sexual and reproductive rights that the Institute for Women has set, and which together with the reform of the Abortion Law will focus on the development of the Strategy for Sexual Health and Reproductive. Within the framework of both laws, the changes that Equality wants to undertake will go, and that “they are already beginning to work.”

Among them is also “guaranteeing access to the voluntary interruption of pregnancy regardless of where women live”, who in up to 12 provinces of Spain face the obligation to travel if they want to abort, as pointed out by this information from elDiario.es. In many others, in addition, only one type of intervention is carried out, for example, only those with less than nine weeks of gestation, and others refer interventions of more than 14 or 22 weeks to other places. A “breach of the Abortion Law”, according to several experts, which in article 19 recognizes “equal access to benefits for all women, regardless of where they reside.”

According to the director of the Women’s Institute, the first step will be to “work on the Sexual and Reproductive Health Strategy” and promote “within this framework a meeting space with the autonomous communities” to “identify what is the reality in each one and start working on it. ” The objective, he remarked, “is to overcome territorial inequality” and “that things do not happen like a woman having to move to another province to have an abortion.” The non-existence of a mapping and public review in this regard and the opacity of the institutions makes it extremely difficult to know the exact number of women affected, but a recent investigation by L ‘Associació drets sexuals i reproductius yielded a minimum of 6,407 each year.

Likewise, the Women’s Institute has committed itself to “protecting” the clinics that carry out voluntary interruptions of pregnancy and the women who access them. in the face of harassment by ultra-Catholic groups who have been suffering and denouncing for years. Recently the socialist group in Congress registered a bill proposing the modification of the Penal Code to punish with prison sentences those who harass and challenge women and professionals at the doors of clinics, one of the claims of the Association of Accredited Clinics for Voluntary Termination of Pregnancy (ACAI). In other countries there are also so-called ‘security zones’ around the centers, another proposal for which several parties, including the PSOE and United We Can, have been favorable