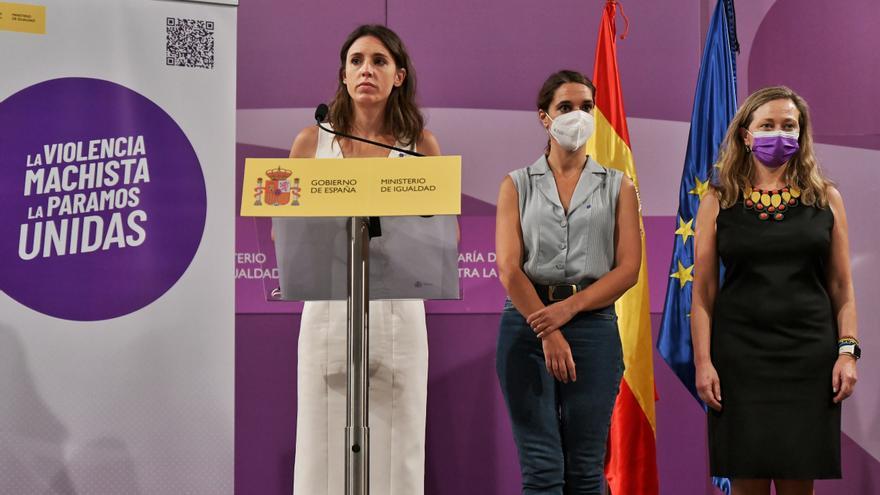 A network of safe everyday spaces. It is the objective with which the Ministry of Equality has launched this Wednesday ‘Violet Point’, a new campaign with which the department led by Irene Montero plans to expand the avenues of help to victims of sexist violence, who in the vast majority sometimes they do not go to the police stations or to the courts to report. The idea is to create a network of establishments that have this distinction, placed in a visible place, to send “a clear message to the victims: that they are safe places” and involve their environment and society as a whole, said the Minister in the presentation of the instrument.

Starting today, any business, store, bar, company or entity can be distinguished with the ‘purple dot’, which will be accompanied by a QR code that gives access to a guide with information on the resources and procedures available to victims, also from sexual violence, and those around him. The document It is structured around two questions: “What can I do if I am a witness or know of a case of sexist violence?” and “What do I do if I am a victim of sexist violence?” With this, they intend to reach “the closest environments and places” in which daily life takes place, and to establish themselves as a way “for raising awareness and social awareness.”

“The objective is that women do not carry on their shoulders the responsibility of leaving the contexts of violence, but that their closest environment and the whole of society also take charge of it,” explained Montero accompanied by the secretary of the State of Equality and against Gender Violence, Noelia Vera, and the Government Delegate against Gender Violence, Victoria Rosell. The Ministry of Equality, which is going to make a massive shipment to companies of the resource, has already launched during the confinement by COVID-19 a campaign with posters to be placed in neighboring communities, pharmacies and on social networks with the aim of publicize the resources that assisted the victims during the confinement.

From the ministry they hope that the violet points have “a good implantation” and are an “effective” tool that helps to focus on the fact that sexist violence is not a private problem, but a social and public one. Equality has reacted to the spike in murders registered after the end of the state of alarm that is expected to continue in the coming months and to which “a wave of sexual violence can be superimposed” with this initiative and the promotion of a catalog of “urgent” measures. approved this Tuesday in the Council of Ministers. The package is the first step of the Improvement and Modernization Plan against Gender Violence announced by the minister a couple of months ago.

Then Montero warned that Spain was in a state of “sexist alert”, as he reiterated this Wednesday, so “we must put all the institutions on alert.” The coordinated work between the Ministries of Equality, Interior, Health, Social Rights and Justice has led to measures such as the implementation of a standardized instrument to detect early cases in Primary Care, a plan against violence suffered by children of the victims or the promotion of a “single window” in the basic Social Services to avoid the pilgrimage that women and their families often face in accessing the aid and benefits that correspond to them.

The minister acknowledged that, despite the fact that public policies “are effective and are saving lives,” they are not “arriving on time” in all cases. So far this year, 28 women have been murdered by their partners or ex-partners and three minors. Montero has assured that the measures will be launched “from now on” and that there is a predisposition in the autonomous communities to implement those that depend on them. The package, however, does not carry an economic commitment and will be subject to the “budget availability” of each case, recalls the text of the agreement.