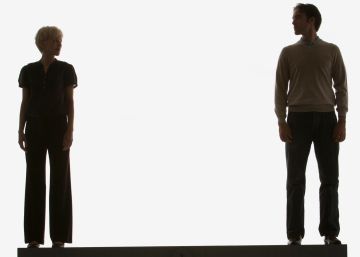 The incorporation of women into the labor market is a fact that dates back to the second half of the 20th century. The promotion of measures aimed at guaranteeing the reconciliation of professional and family life, together with the gradual evolution of the social conception of gender roles, has been consolidating this new status quo. However, the reality is that effective equality between women and men is still a challenge that both society as a whole, and companies, in particular, must tackle.

With the aim of shedding light on the burden of responsibility that corresponds to companies, LABE Lawyers It explains the main obligations that the Law imposes on them in terms of equality.

It seems obvious. So much so that the prohibition of discrimination based on sex finds its support in a fundamental right; the right to equality that is constitutionalized in article 14 of our Supreme Norm. However, its consequences are not so simple to contemplate, which in practice are manifested in all areas of the employment relationship.

The fundamental right to equality determines that women cannot be directly or indirectly discriminated against in their access to employment or, once employed, with respect to their working conditions. In other words, it constitutes a general principle, which imposes on companies the obligation to offer equal treatment to men and women, without incurring discrimination that responds to their own sexual condition.

Consequently, this obligation manifests itself in a double dimension: passive and active. Passive in the sense that the company must refrain from generating any type of discriminatory situation. Active in that it must not only avoid any discriminatory treatment, but it must also adopt a proactive attitude in achieving effective equality between women and men. And to this last dimension, the equality control tools that the Law imposes on companies respond:

The Equality Plans came to stay with Organic Law 3/2007, of March 22, for the effective equality of women and men. Initially, its implementation corresponded to companies that had at least 250 workers. Later, Royal Decree-Law 6/2019, of March 1, extended this obligation to all companies with 50 or more workers.

The implementation of an Equality Plan requires companies to develop two phases. First, you need to diagnose the situation. In other words, the company must study the state of equality between men and women within its organization. Second, and based on the conclusions drawn in the first phase, the company must undertake measures aimed at purifying any circumstances of discrimination that have been detected.

The specific matters that the Equality Plan must supervise are: selection and hiring processes, professional classification, training, professional promotion, working conditions, reconciliation of professional and family life, remuneration and prevention of sexual and gender-based harassment. And the company must be especially active in this last matter, since the Law imposes the obligation to promote working conditions that prevent sexual harassment and harassment on grounds of sex, as well as to arbitrate specific procedures for its prevention and to give channel to the complaints or claims that may be made by those who have been the subject of it.

Of all the obligations that Legislator and Executive have imposed on companies in matters of equality, the implementation of a remuneration registry and preparation of the salary audit are the most recent. So much so that its obligation will not become effective until April 14, 2021.

From this date, all companies must have a remuneration record. This must contain, disaggregated by sex, the average values ​​of salaries, salary supplements and extra-salary perceptions, as well as a comparison of salary by category, group and job position depending on the day or hour worked. It must also include, broken down by sex, the arithmetic mean and the median of what is actually perceived by each of the above concepts in each professional group, professional category, level, position or any other applicable classification system.

Regarding the salary audit, its implementation commits all companies that have at least 50 workers. To do this, these companies must first prepare an assessment of the jobs that make up their organization, assigning them a score based on the tasks performed, level of responsibility or training required. Based on this assessment, companies must establish an action plan for the correction of remuneration inequalities, with determination of objectives, specific actions, schedule and person or persons responsible for their implementation and monitoring.

Both the remuneration registry and the salary audit are tools that aim to guarantee equal pay for men and women. As such, they are framed not only in the prevention of discrimination (remember, the passive dimension of the principle of equality), but also in the active attitude of the company to promote effective equality between both sexes.

Remuneration discrimination for reasons of sex or any other personal or social condition constitutes a violation of the fundamental rights of the worker, and, as such, constitutes a very serious offense in the Labor Law.

Failure to comply with the regulations on equality, in fact, may lead to sanctions for the company that will range between 6,251 euros (minimum degree of sanction) and 187,515 euros (maximum degree). The graduation of the sanction will be carried out in attention to the negligence and intentionality of the employer, the breach of previous warnings and requirements of the Inspection, the turnover of the company, the number of workers and the damage caused.

The incorporation of women into the labor market is a fact, as is the challenge that this poses for companies. These are not only obliged to promote equal treatment by legal imperative, but also by their condition of guarantors in social progress towards effective equality between men and women. LABE Lawyers warns of the need to adapt, immediately, to this new reality. This innovative law firm with its main headquarters in Paseo de la Castellana 30 already has all the protocols and computer systems necessary for rapid and optimal adaptation to regulations, which allows it to be at the forefront in terms of the quality of its services.

Jesus Vidán He is a labor lawyer for LABE Abogados.